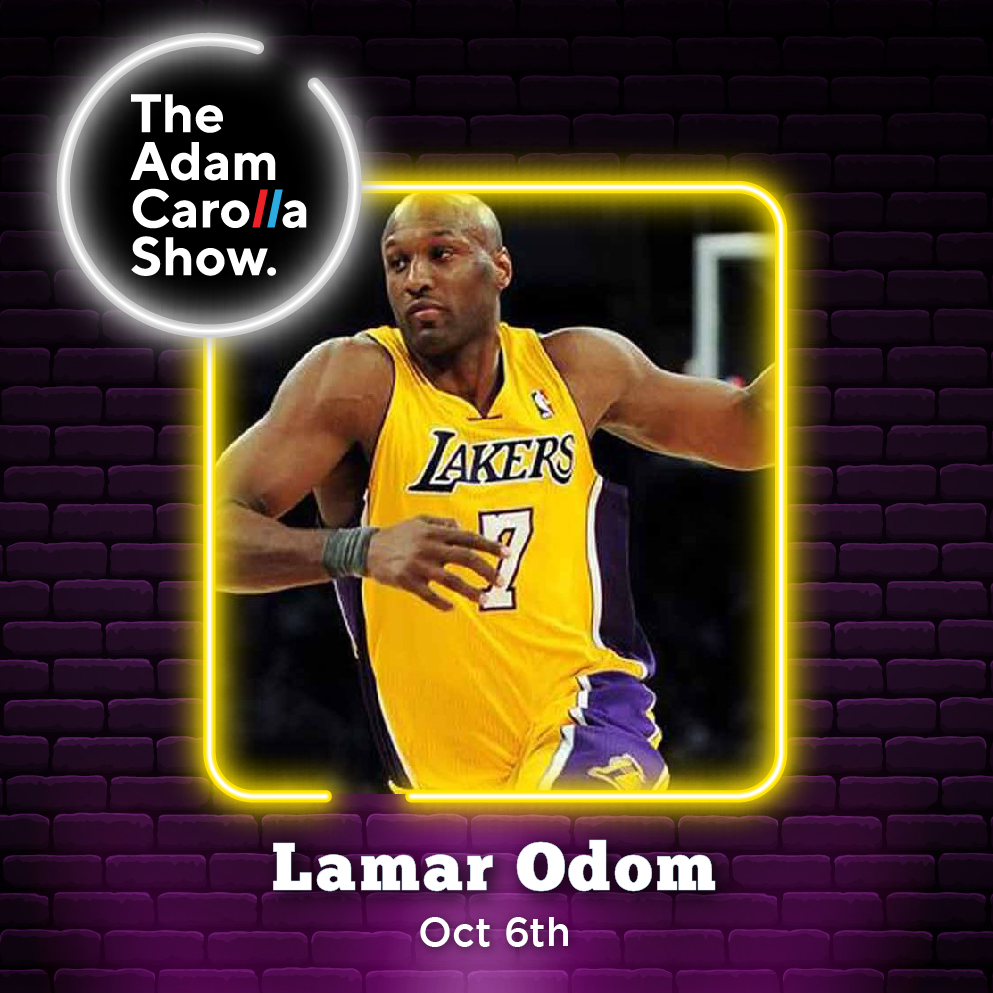 Bald Bryan is back in studio after a trip to Maine for his mother in law’s birthday. He tells the gang about the incredible food and beer, and a miserable trip back to Los Angeles. Adam then shares some thoughts from his recent conversation with John Rich, and Gina reads news stories about the massive oil spill in Southern California, political loopholes in the Philippines, and Andrew Yang starting his own political party.  Before the break, the gang discusses two weathermen fired for wearing offensive wigs, a fight at an Eagles game, and the death of bare-knuckle boxer Justin Thornton.

Adam welcomes Lamar Odom and ‘Zappy’ Zapolin to the podcast at the top of Part 2, and the guys talk about their new documentary, ‘Lamar Odom: Reborn’. Adam asks the guys how they first got together, and Lamar talks about his own personal happiness. Zappy also discusses the power of the psychedelic drug Ketamine, as well as the dangers of fentanyl. Later, the guys chat about the world of boxing, what happened when Lamar OD’d at the Love Ranch, and his multiple championships with the Lakers. In the last part of the show, the guys discuss healing from trauma, more facts about Ketamine, how micro-dosing works, and encouraging people to try these alternative medicines.

For more info on today’s guests, visit http://lamarodomreborn.com You can also follow them on Twitter @RealLamarOdom & @ZappyZapolin.

Check Out The Jordan Harbinger Podcast