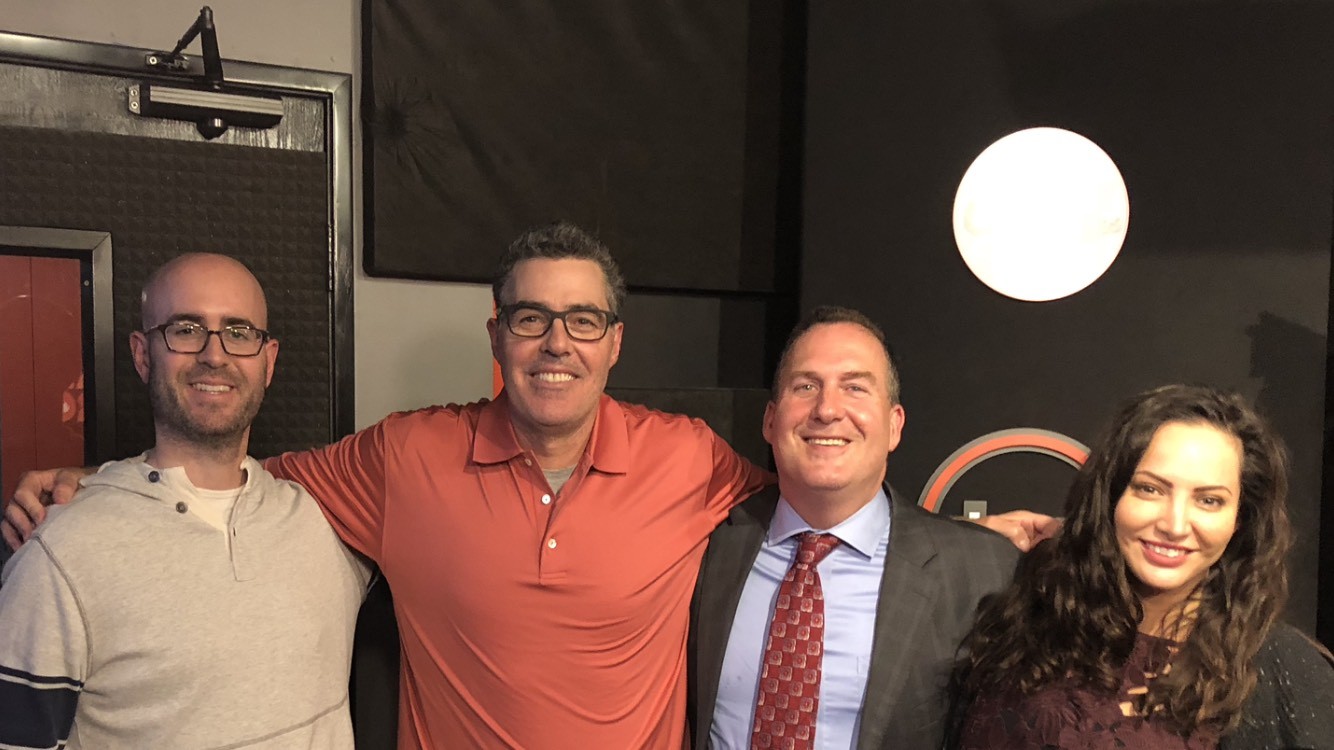 Posted at 23 May 2018 in Podcast by Chris Laxamana

Adam opens the show excited about going to the Indy 500 this weekend. Adam then rants about trying to get the window measurements right at his house, and the frustrating sliding doors that are never clearly locked. They also address mistakes on the new Uppity poster, and Adam rants about Waze and terrible traffic in LA. Later, Gina complains about getting the wrong info about a guest she had to interview, and Adam takes calls for a new game called Carolla Confessional. Before the break, enjoy today’s Good Sports.

LA District Attorney John Lewin is in studio next, and Adam talks with him about one of the more complex cases he’s handled, and the threats from the man he put away. Later, John talks about interviewing the man’s cellmate, attending the parole hearing, and rallying the public to keep him behind bars. Gina then starts the news with stories about the NFL’s new National Anthem policy, and parents using the court system to force their 30-year-old son to move out. As the show wraps up, the group talks about the sinkhole that’s forming in front of the White House, and an awkward looking plaque dedication for retired soccer champ Brandi Chastain.