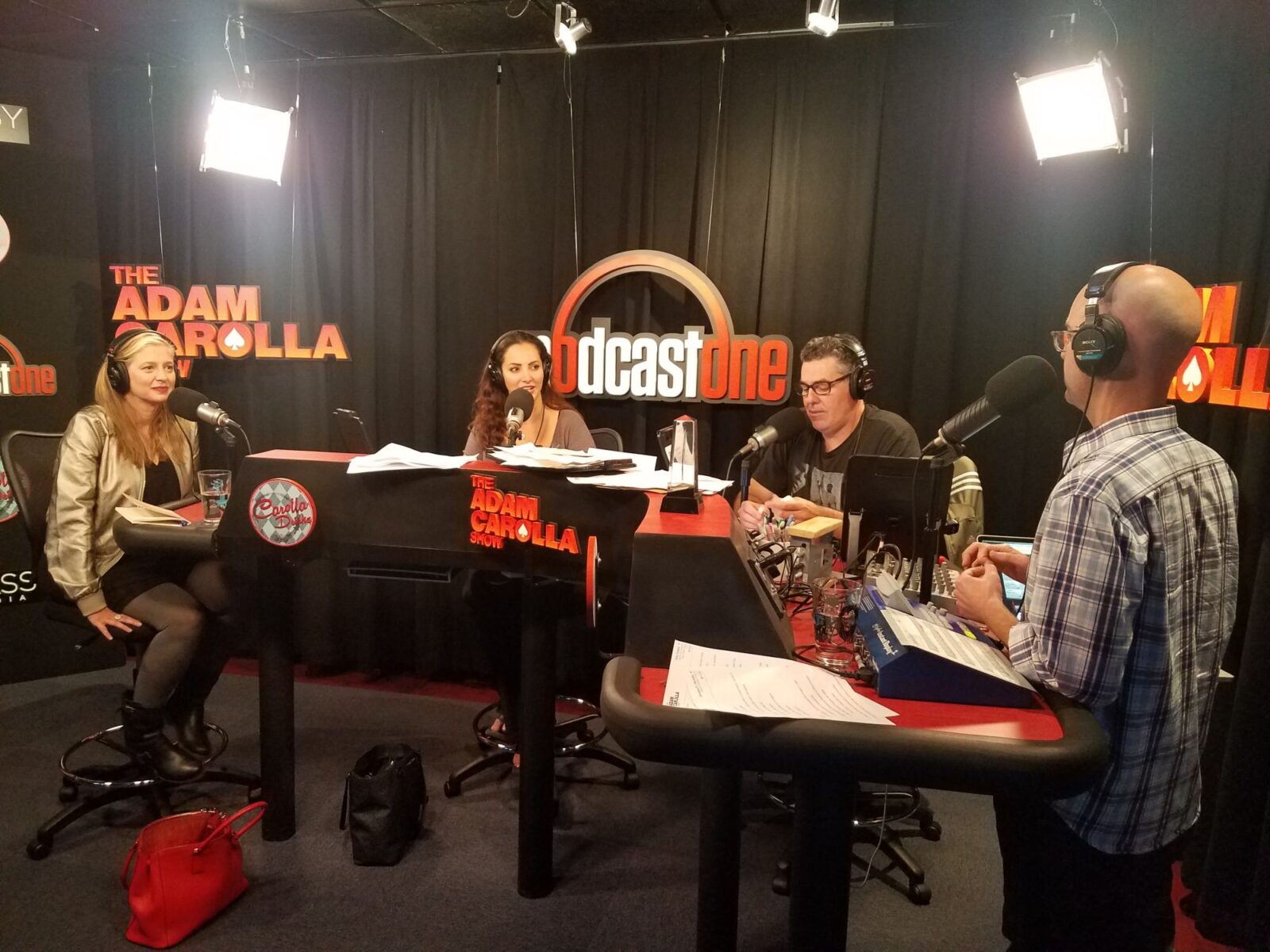 Posted at 13 Nov 2017 in Podcast by Chris Laxamana

Adam opens the show complaining about his BluRay player not getting power to it. The guys also talk about Mike August filling in for Gina’s news segment at Oxnard, and Adam takes a fan phone call about Bill Simmons. Kinky Friedman is then on the line, and Adam talks with him about the art of being a humorist. They also chat about Kinky’s current tour, living ‘off the grid’, and his upcoming book. Adam then talks to another fan about feelings and sensitivities, and Adam and Shek bring today’s ‘Good Sports’.

Christina P is in studio next, and Adam talks with her about her family, and love of Hungarian food. The guys the listen to part of her standup set about Justin Bieber, and they ask her about being married to comedian Tom Segura. Later, the whole gang plays a round of Blah Blah Blog. Gina then begins the news talking about CPR statistics, as well as the trend of people not eating leftovers. They also discuss ‘clear pumpkin pie’, Christmas shopping on the toilet, and a brawl at a McDonalds over chicken nuggets. As the show wraps up, Gina reads stories about getting paid to lie on the beaches of Cancun, and walking to cure depression.

You can also get tickets to Kinky’s upcoming shows at http://kinkyfriedman.com

Christina P’s special ‘Mother Inferior’ is now available on Netflix. You can also follow her on Twitter @ChristinaP and get more info at http://christinaponline.com