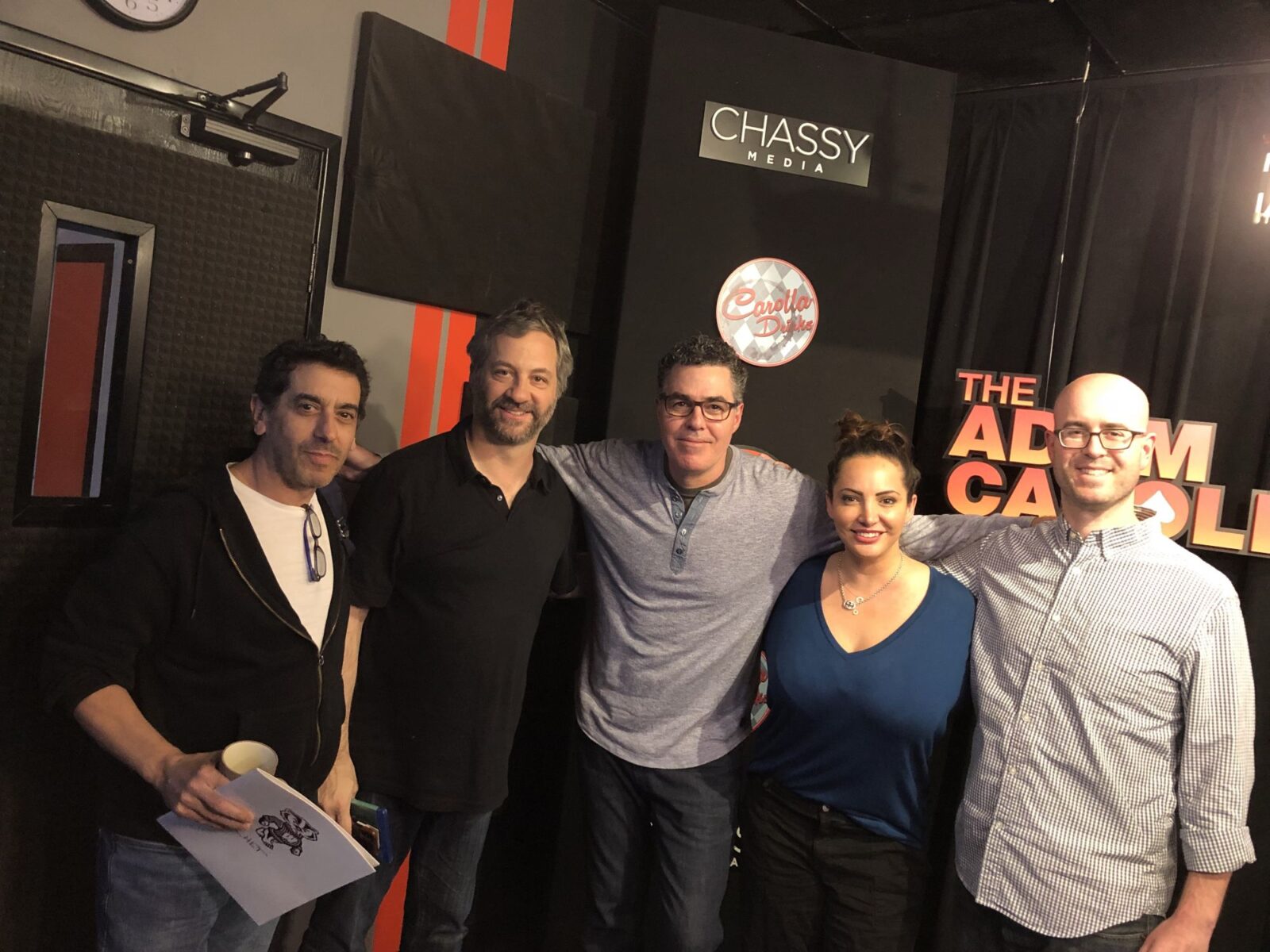 Posted at 20 Mar 2018 in Podcast by Chris Laxamana

Adam welcomes Judd Apatow to the podcast right at the top of the show. Adam compliments him on his new stand-up special, as well as projects like the film ‘Funny People’ and the HBO series ‘Crashing’. The guys then discuss the powerful new documentary about the life of comedian Garry Shandling, and evolution of comedy. Other topics of conversation include fear of death, being satisfied by your work, and how Garry Shandling changed the sitcom. Adam then asks Judd about his path to success, how he got ‘The 40 Year Old Virgin’ made when Adam was told the idea would never work, and observations he’s made raising two daughters. Before Good Sports, the guys talk a bit more about the process of creating Judd’s standup special, his upcoming projects, and producers who don’t recognize talent.

Jeff Cesario is in studio next, and right away the guys jump into the Chet Waterhouse sports update. From there, the guys play the next round of March Gradness. The guys then talk a little bit about weight loss, and Gina reads news stories about Uber’s first autonomous vehicle fatality, Cynthia Nixon running for NY Governor, and more details on the Donald Trump Jr. divorce. As the show wraps up, the guys talk about the new trend of ‘penis facials’.

Watch ‘The Zen Diaries’ next week on HBO. Also check out ‘Love’ on Netflix, and follow Judd on Twitter @JuddApatow.

And don’t forget to subscribe to the Chet Waterhouse podcast: ‘Play with Pain’.