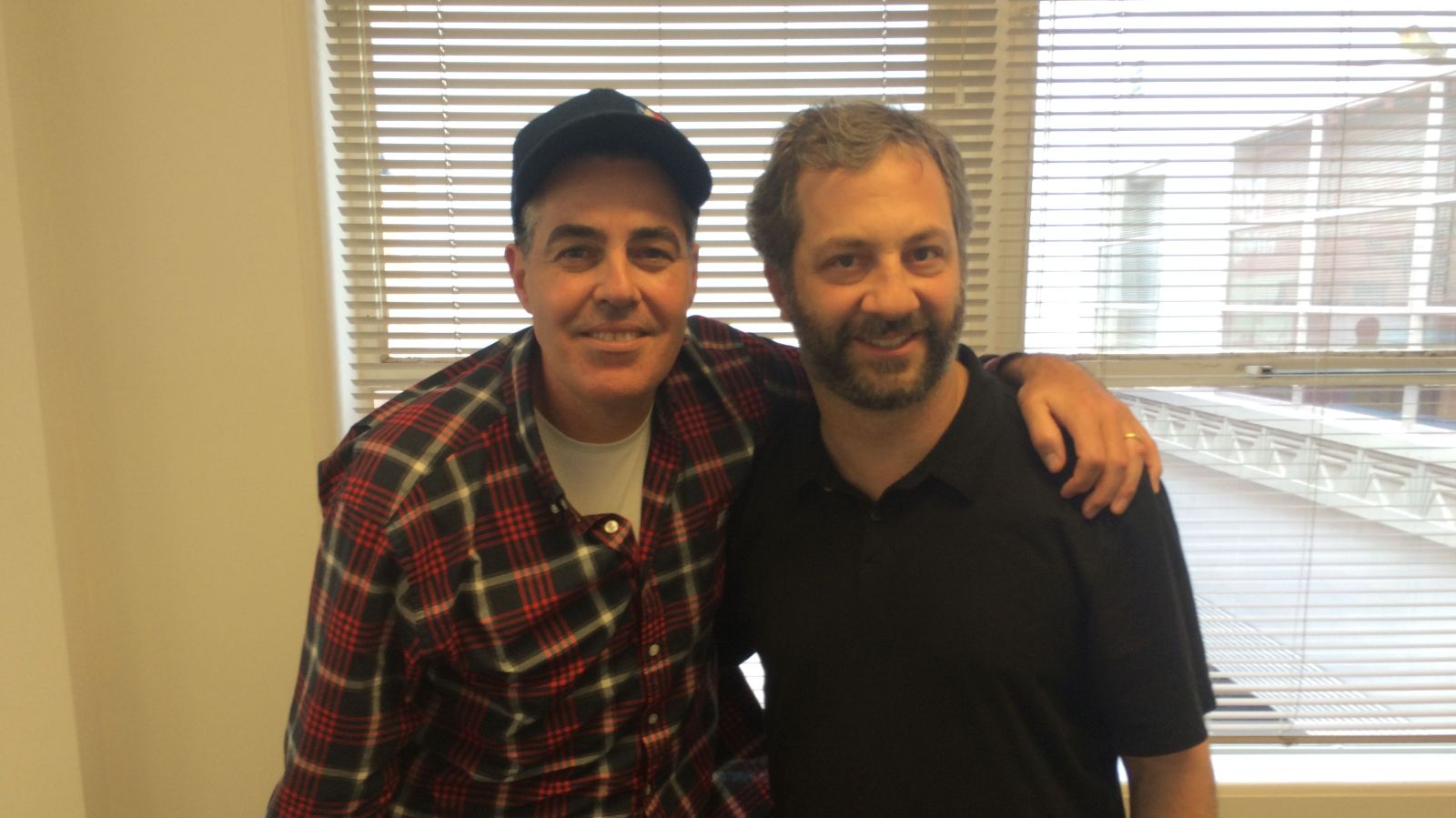 Posted at 29 Dec 2015 in Podcast by Chris Laxamana

Adam and Judd open the show talking about his new book ‘Sick in the Head’ and how his childhood experiences helped shape his path into a comedy career. Judd talks about having to drop out of college over what now feels like a very small amount of money, dealing with going through puberty and his parents divorce simultaneously and how he discovered very early that striving for a specific goal is the best way to achieve success. They also talk about Judd’s upcoming summer movie ‘Trainwreck’ with Amy Schumer and his recent departure from a project he intended to do with his wife Leslie Mann.