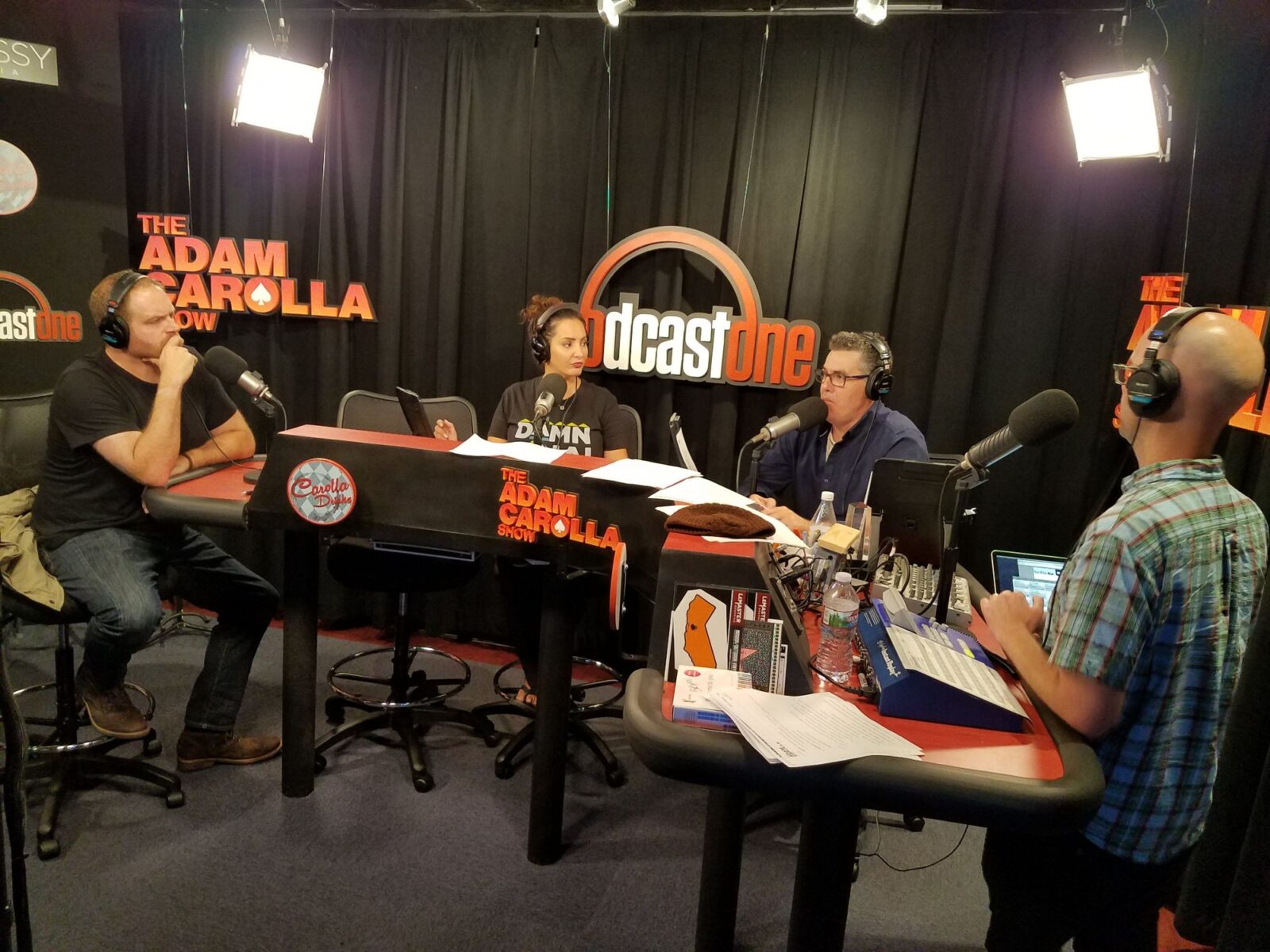 Posted at 02 Oct 2017 in Podcast by Chris Laxamana

Adam brings Jeff Cesario into the studio right at the top of the show. The guys talk about the mass shooting in Las Vegas, and the stupid questions reporters ask when covering a tragic event. Adam also discusses his latest viewing of the film ‘Little Miss Sunshine’, and the guys take fan phone calls about saying positive things about Adam’s parents, choosing between invisibility and flight, and the time Adam got caught looking at naked women. Before the break, Chet Waterhouse jumps in with this week’s sports report.

After Good Sports with Dave Dameshek, Josh Gates enters the studio. Adam asks him about being an ‘open minded skeptic’. The guys discuss the new ‘Expedition Unknown’ special on the hunt for extraterrestrials, and some of the other cases that Josh has investigated and found most compelling. Gina then begins the news talking about the impending death of Tom Petty. The guys also talk about the horrible mass shooting in Las Vegas over the weekend, and change the topic to something lighter by looking at ridiculous high school photos of celebs thanks to the #puberme challenge. As the show wraps up, Adam shows pics of his struggles with curly hair.

Watch ‘Expedition Unknown: The Hunt for Extraterrestrials’ tomorrow at 9pm on the Travel Channel. You can also follow Josh on Twitter @JoshuaGates.