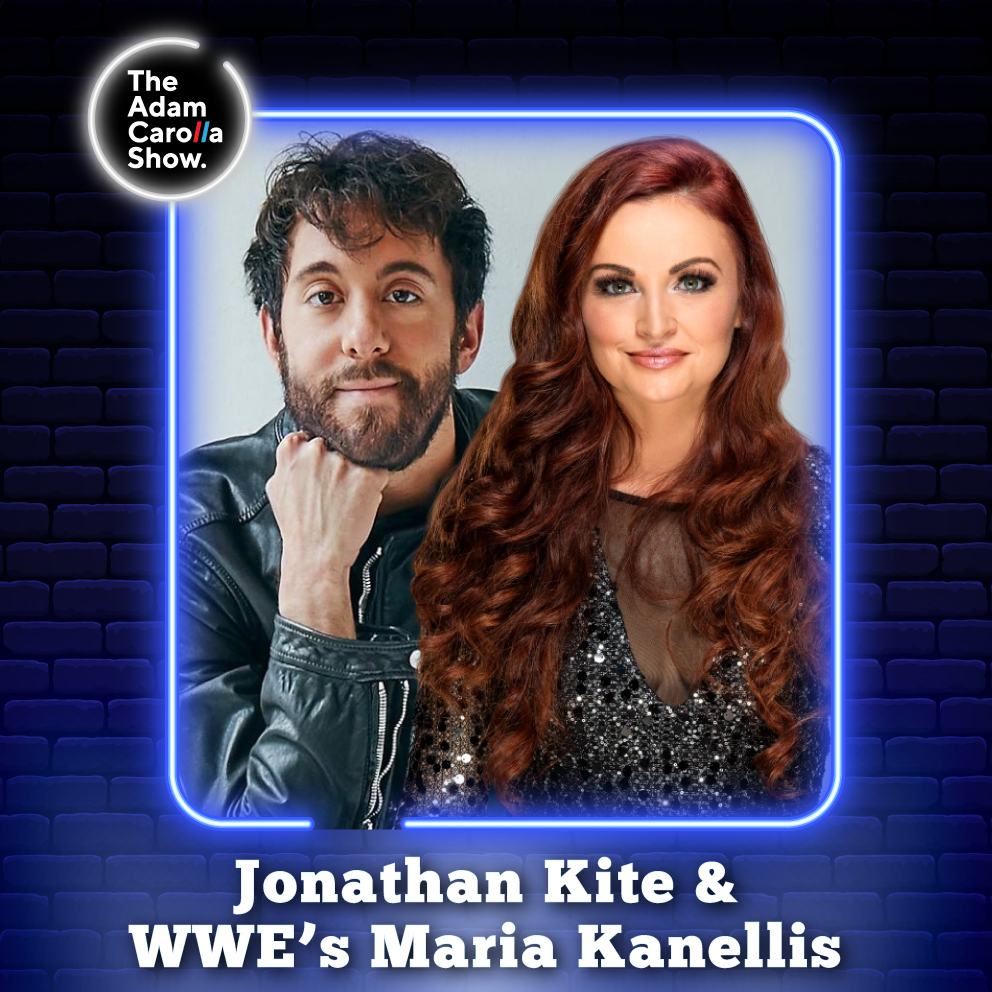 Adam revisits the late John Pinette’s infamous Chinese buffet bit. The gang takes a look at some ‘Liked Tweets’ including the LA Unified School District promoting a ‘food neutrality’ video and the San Francisco Bicycle Coalition saying not to call the police about stolen bikes. Professional wrestler, Maria Kanellis, comes on the show and shares some stories and insight into how women in wrestling have evolved over the years and what it feels like to get super kicked in the head. They talk about Vince McMahon’s chin, David Arquette, ‘The Genius’ and ‘Bad News Brown’. Adam remembers the time he wrestled as ‘the Calligrapher’ where Jimmy Kimmel was injured in a scrotum costume.

Actor and comedian, Jonathan Kite, returns to the show where he tries his hand at an Adam Carolla impression and explains the difference between doing impressions and voice matching. He joins them for a round of ‘Made Up Movie’ while impersonating Paul Giamatti. Gina Grad reports the news of the day including: VP Kamala Harris’ ‘Meet the Press’ appearance, and Jimmy Kimmel getting slammed for ‘upstaging’ Quinta Brunson’s Emmy acceptance speech.

.@LASchools shared this “Food Neutrality” video on @lausdHRDE Insta. They tell our kids that we’ve lied to them & no one food is better for them than another food (oppressive food hierarchy). @lausdHRDE is actively working to undermine parents & hurt kids. @LAUSDSup do u know? pic.twitter.com/eWVy0jyP9Y

Kamala Harris: “We have a secure border in that that is a priority for any nation.”pic.twitter.com/hpmpOdLijd

Lester Holt: “Why haven’t you been to the border?”

Kamala Harris: “We’ve been to the border.”

Holt: “YOU haven’t been to the border.”

Harris: “…..and I haven’t been to Europe. I don’t understand the point you’re making.”