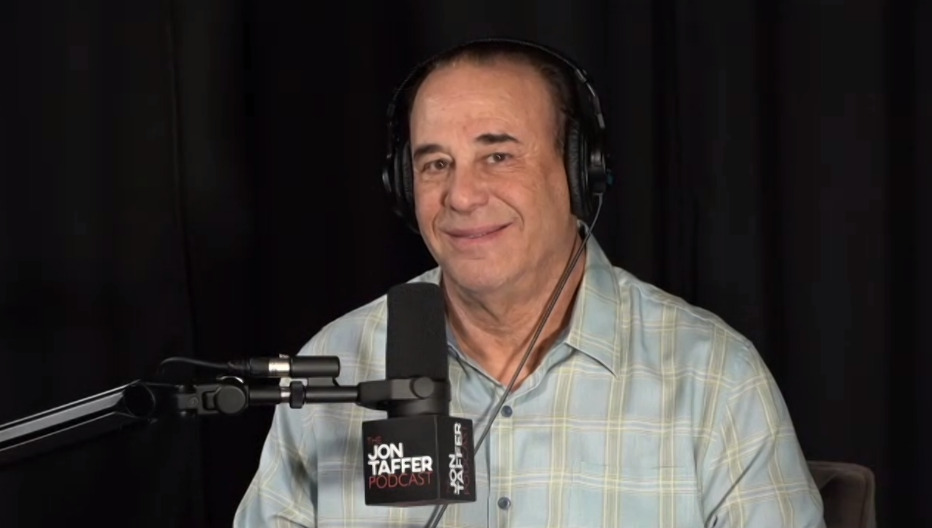 Adam, Bryan and Gina open today’s podcast by discussing the twins’ birthday. Adam also shows off a strange gumball machine commercial he recalls, and the guys talk about their family’s accomplishments (or lack thereof), and Caelan’s recent experience with the homeless. They also discuss a birthday cake controversy, and take a listener call about live comedy in Minneapolis. Later, Adam brings up a good point he heard about trans people in the sports community, and the guys watch a classic Huell Howser clip of his visit to the Baghdad Café. Before the break, the guys listen to another clip of Dingo Boy and Adam shares some more memories from the KROQ days.

Adam welcomes Jon Taffer back to the show at the top of Part 2. Adam then asks Jon about Las Vegas officially reopening, which leads to a rant about quarantine hypocrisy. Jon also shares some stories from his bartending days, as well as running the popular West LA concert venue, The Troubadour. They also chat about how the new season of Bar Rescue focuses on how the pandemic has impacted so many lives, and they go on to discuss the excitement of releasing 200 episodes. Today’s news features stories about the recent Mayweather-Paul fight, the Ellie Kemper apology, controversies in the royal family, and the FDA approving a new Alzheimer’s drug. As the show wraps up, the guys talk about Jeff Bezos blasting off into space.

Watch new episodes of Bar Rescue, including their 200th episode this Sunday, at 10pmET/7pmPT on the Paramount Network.