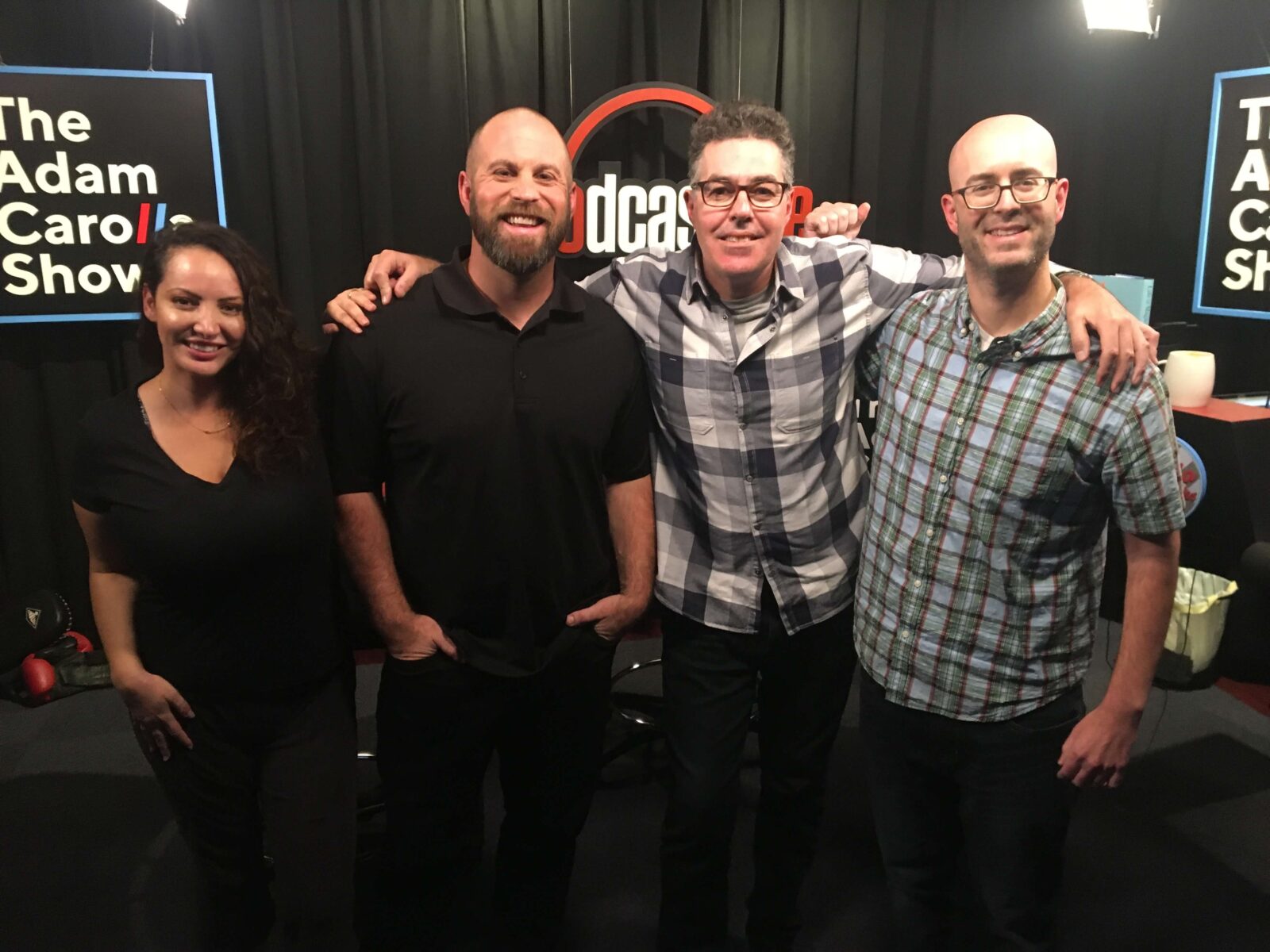 Adam opens the show talking about his whirlwind trip to Las Vegas for SEMA. He also talks about his run-in with Leno, and Gina and Bryan get the scoop on Adam’s recent interviews with Matt Damon and Christian Bale. Adam then talks about mysterious vacuuming in Adam’s house, more craziness at SEMA, and takes a fan phone call about the early days at KROQ. Brad Evans then calls in to talk college football and the NFL.

Jon Dorenbos is in studio next, and Adam talks with him about his experience as a two-time Pro Bowl long snapper. Adam then shows a clip from a recent NFL game where a player is drawn offside after a head bob, and the guys talk about overcoming a horrible tragedy from earlier in Jon’s life. Later they discuss Jon’s interest in performing magic, and current Vegas magician Hans Klok.

Gina begins today’s news with a story about James Dean appearing in a new movie via special effects. They also discuss stories involving Jamie Lee Curtis, Michael Jackson, and the return of throw back sitcoms this holiday season. Other stories include an alien themed brothel offering robot sex, a teacher who bought a fake tuberculosis diagnosis so he could take a longer vacation, and Richard Gere expecting another child. As the show wraps up, the guys talk about the upcoming Dolly Parton anthology series coming to Netflix.

Get your copy of ‘Life is Magic’