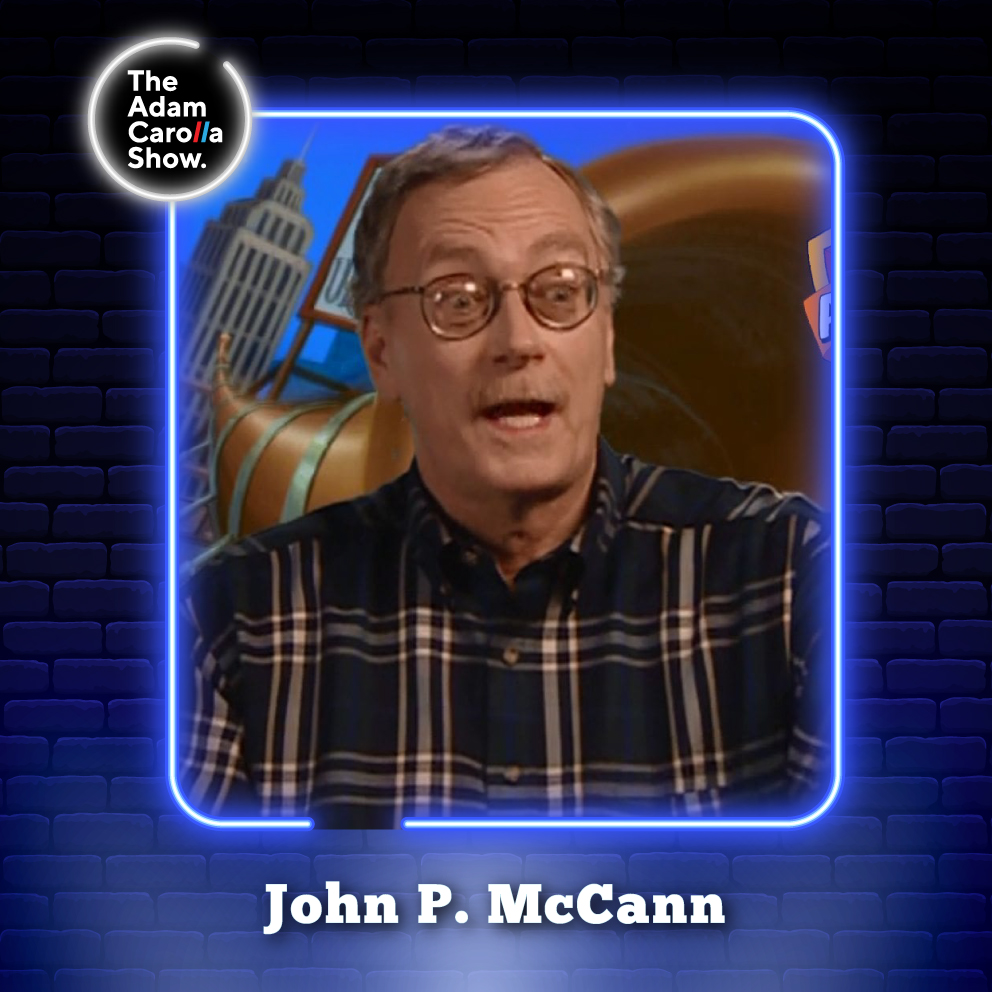 Adam shares some fine art created by his old friend Chris Darga, and the gang recounts their different childhood experiences at Malibu Grand Prix locations. With his daughter now surfing, Adam remembers helping her cultivate balance at an early age and how that’s different than teaching her. Adam and Chris discuss how they are going to the premiere of Jo Koy’s new movie ‘Easter Sunday’ and Bryan explains why movie premieres are only fun if you’re a VIP. Mike August calls in to defend himself about the incident at the FivePoint Amphitheatre, explaining his whereabouts on the day of the Blues Traveler concert.

‘Animaniacs’ writer and an old friend/colleague of Adam’s comes in the studio and the two remember meeting while writing sketches for Acme. They revisit some of their favorites like ‘Expert Insights’ and ‘Skipper Ned’ and talk about ideas which never made it to the stage. John talks about writing for ‘Animaniacs’ and answers questions from Dawson and Gina. John talks about his new book, ‘How to Run a Marathon in 13 Years: How Hard Would You Fight for Your Dreams?’ which details his experience overcoming every struggle imaginable to run marathons again.  Gina Grad reports the news of today including: Biden appointing monkeypox coordinators, Newsom declaring a state of emergency in California, Biden announcing Al Qaeda leader was killed in a drone strike, Tiger Woods turning down $700-800 million to play in LIV Golf, Elon Musk’s father saying he hates his son, murder hornets being renamed, and two Italian men breaking the world record for changing a tire on a moving car.

Preorder John P. McCann’s new book, ‘How to Run a Marathon in 13 Years: How Hard Would You Fight for Your Dreams?’ which releases on September 9th