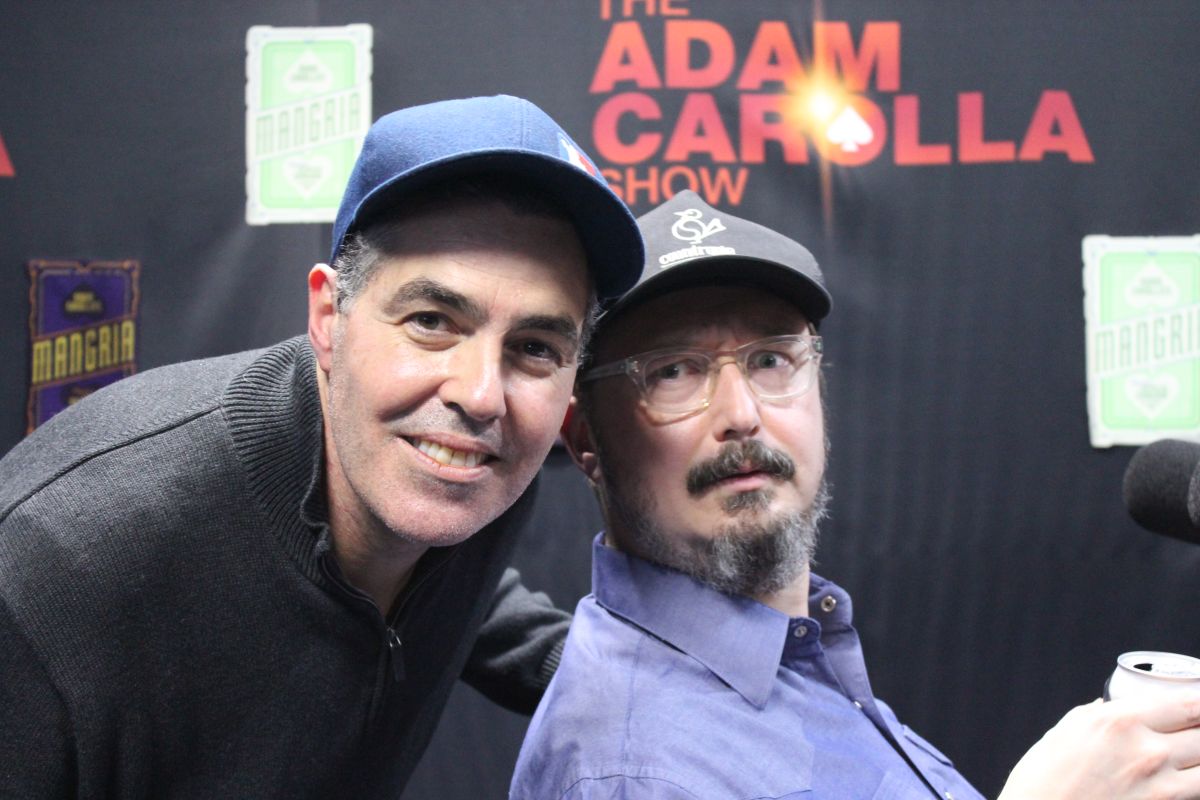 Posted at 13 Jan 2015 in Podcast by Chris Laxamana

Adam opens the show explaining how exhausted he is after being woken up by a phone call he never should have received. He also talks with the crew about taking a cruise with your mom, and rants about the actor who played Superman showing up to the airport with an emotional support dog. The guys then listen to another great clip from the recent Take A Knee with Terry Crews, and Adam talks with a caller about how to get started in comedy. David Wild then joins the podcast, and Adam talks with him about his Jayhawks concert experience. David also talks about a star-studded charity event he attended, and Adam takes some more fan phone calls.

In the second half of the show, Gina begins the news discussing the link between porn and narcissism. They also play a clip from the newest McDonalds commercials, discuss anti-Semitic figures throughout history, and the September debut of the new Stephen Colbert show. John Hodgman then joins the podcast and Adam talks to him about his overlong shoelaces. Adam also chats with him about his experiences on The Daily Show, and his interesting fashion choices as a child. As the show wraps up, the guys talk about John’s college years rebellion, his entrance into the comedy world, and whether or not we’re actually a society of androids.

Listen to Judge John Hodgman, Thursdays on iTunes. You can also visit http://johnhodgman.com, and follow him on Twitter @Hodgman