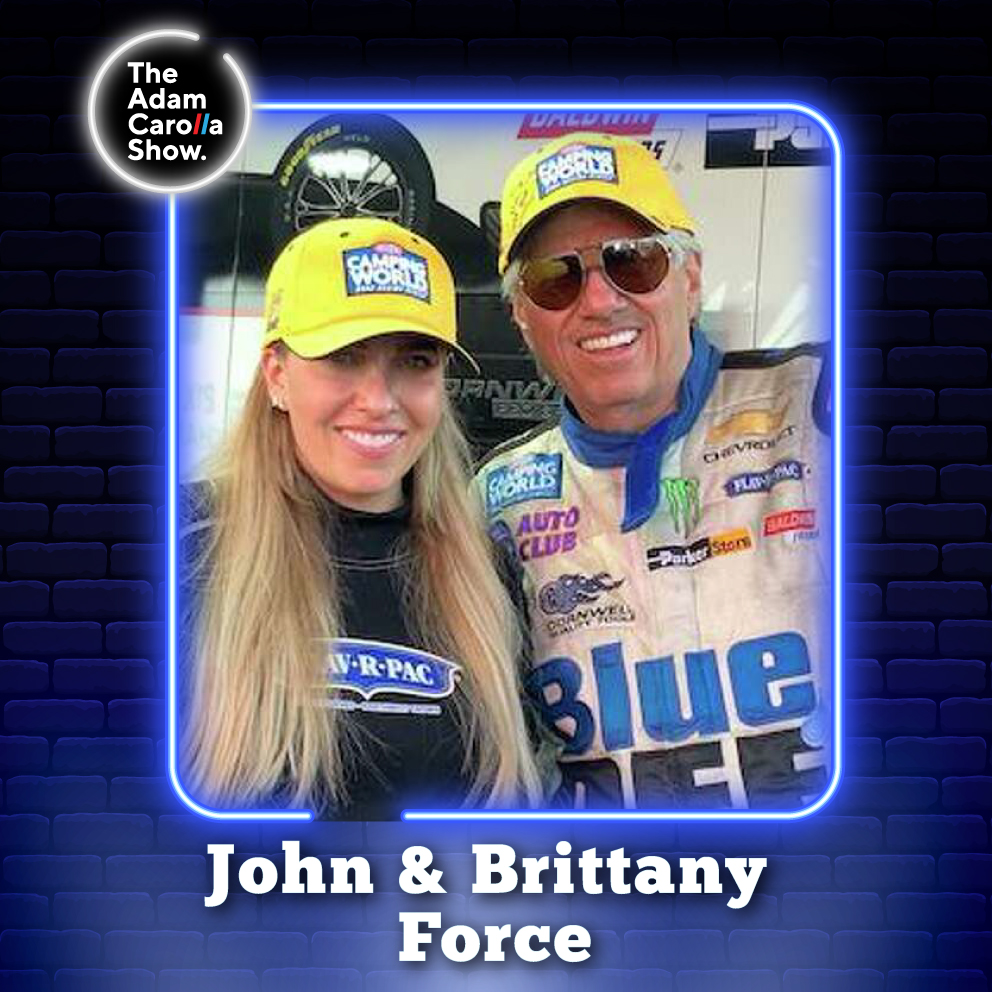 NHRA racers John Force and Brittany Force come in the studio to talk about their worst crashes, their greatest feats, and what it’s like having so many racers in the same family. John Force tells the story of how running out of gas on a date is what first lead him to racing. Gina Grad reports the news of today including: updates on gun control legislation, Amber Heard breaking her silence about the trial, NASA putting together a UFO team, and Rebel Wilson coming out under the threat of exposure.

Visit John Force’s and Brittany Force’s website for information on their upcoming races and more, JohnForceRacing.com