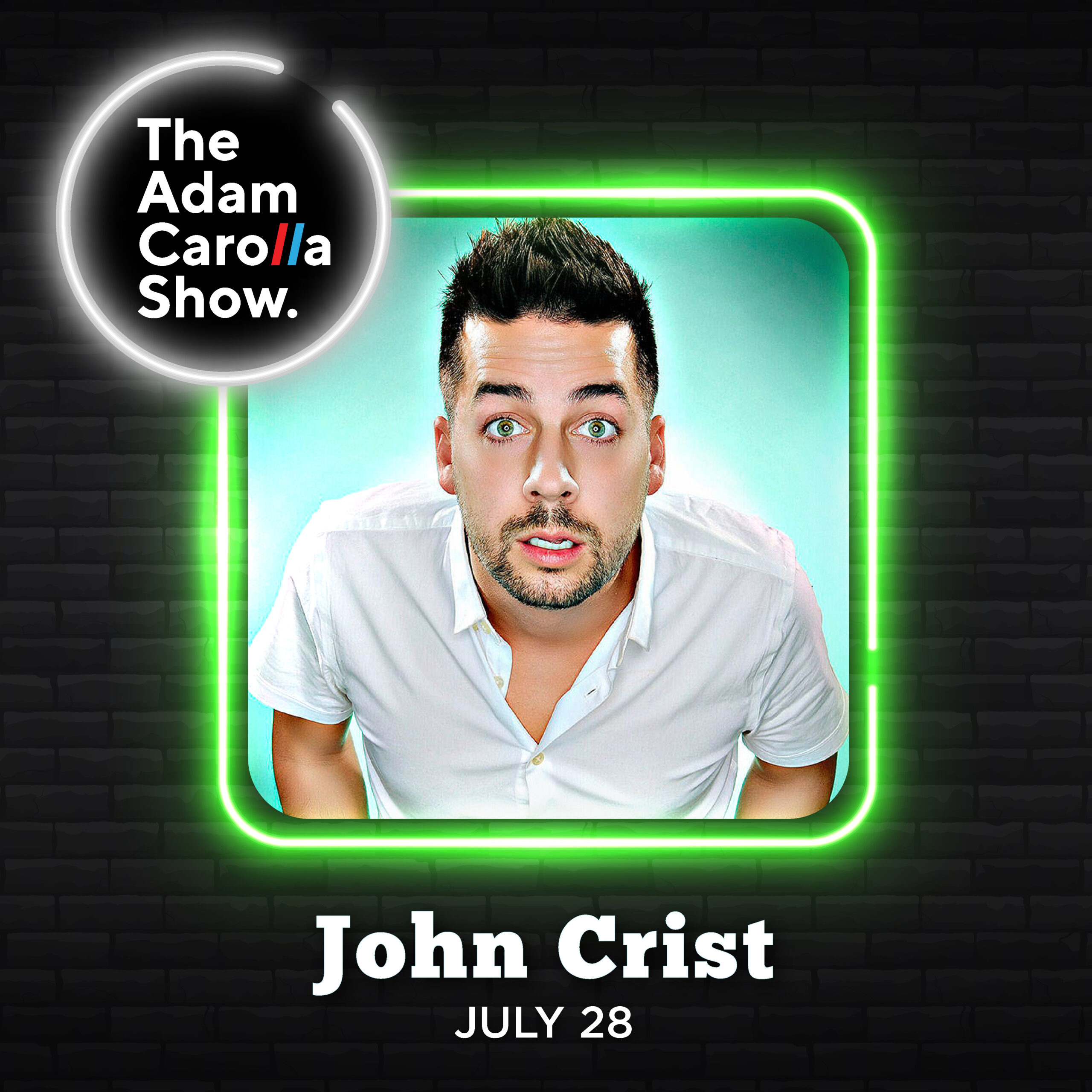 Part 2: John Crist on Dave Chappelle, Road Hard, and Getting Fired From Chick-fil-A, plus The News (ACS July 28)

Adam opens the show discussing the concept of ‘sorting’, as he learned from a recent podcast he heard. The guys also discuss vintage TV cliches, and Dawson plays a new mashup. Adam then shares observations on the fall of comedian Michael Richards, as well as the latest with Jussie Smollett. Later, Bald Bryan reviews the new M. Night Shyamalan movie, ‘Old’. Before the break, Adam shares his excitement for this summer’s Monterey Historics, and JB Weld’s Chip Hanson joins the podcast for a round of the Rotten Tomatoes Game.

Comedian John Crist is in studio at the top of Part 2. Adam asks John if he’s ever been to a bad bachelor party, and they go on to talk about the last time they had a traditional 9-to-5 job. Later they talk about the abundance of chicken sandwiches, and everyone wonders why it took so long to get wheels on suitcases and trash cans. After watching some vintage TV commercials, John talks about getting fired from Chick-fil-A, opening for Dave Chapelle, and appearing in Adam’s film, ‘Road Hard’. In the last part of the show, Gina reads news stories about Simone Biles withdrawing from the Olympics, Ashton Kutcher and Mila Kunis’ bathing habits, and a gunman taken out by bricks.

MAN FROM GLAD from Sandra Sallin on Vimeo.