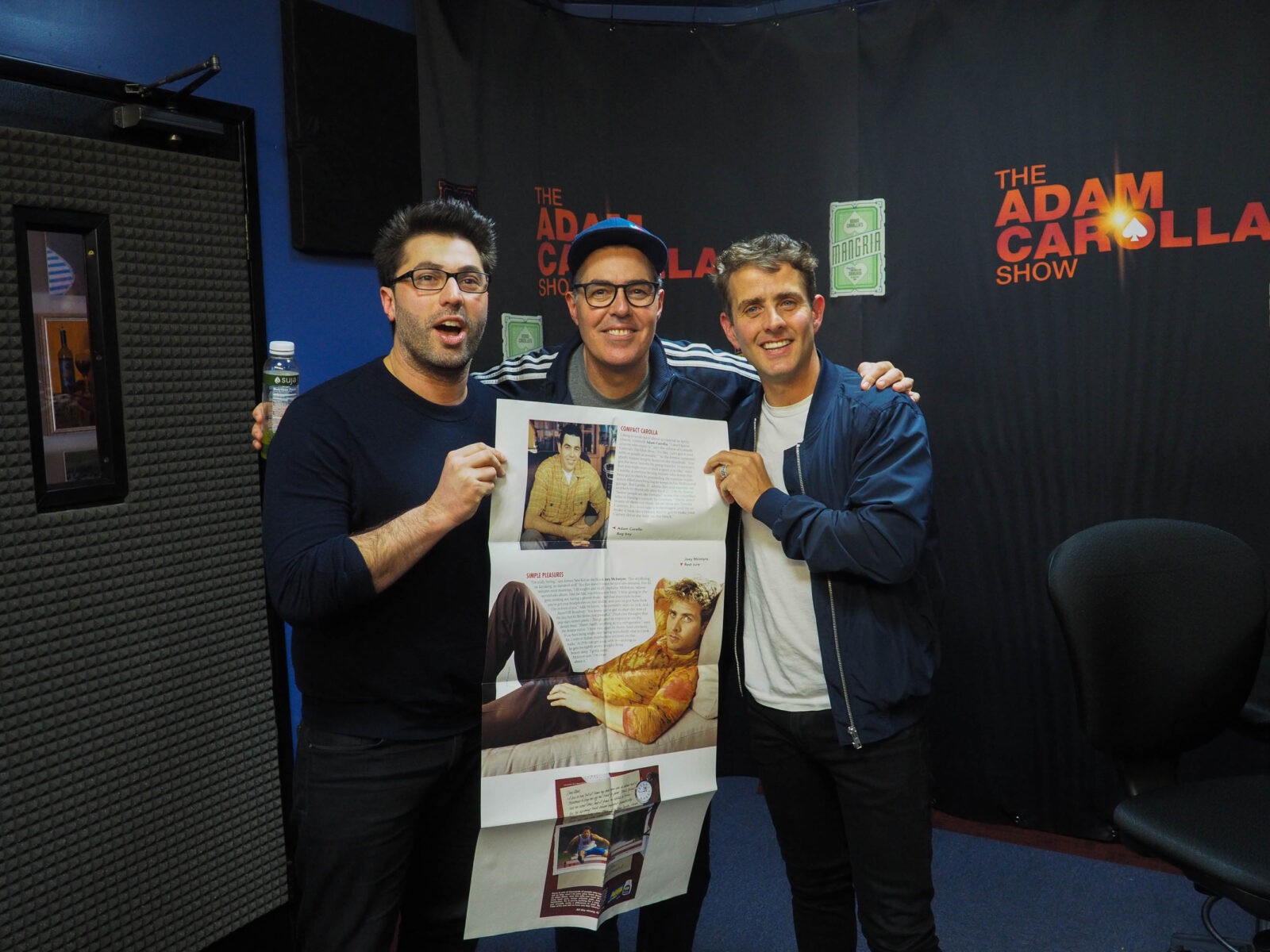 Posted at 03 Apr 2017 in Podcast by Chris Laxamana

Adam opens the show talking about the day he met Adam Ray, and how far he’s gone since then. Jo Koy then joins the show, and he talks with Adam about why he’s late, and the success of his new Netflix comedy special. Adam also proposes a new Traffic Czar for Los Angeles, and the guys hear the results of the final round of March Molester Madness. Later, Adam talks about getting pulled over on his way to see Kong: Skull Island, and Sonny’s strange reaction. Before the break, Adam takes fan phone calls about whooshing sounds during movie fights, Trump’s new budget plan, and the latest feelings-based Coca Cola campaign.

Joey McIntyre and Adam Ray are in studio next, and Carolla compliments them on their new show, ‘Return of the Mac’. Carolla then chats with Joey McIntyre about his time with New Kids On The Block, and Joey surprises Carolla with a blowup of a bizarre print ad they were both involved with. Adam Ray also talks about how he first met Joey, and the guys go into the origins of NKOTB, as well as life on the road. As the show wraps up, Gina reads a news story about a man found duct-taped to a yield sign.

Check out Return of the Mac, coming to POP TV on April 12th at 8:30pm. You can also get more info on today’s guests at http://joeymcintyre.com and http://adamraytv.com. And the guys are also on Twitter @JoeyMcIntyre and @AdamRayComedy.