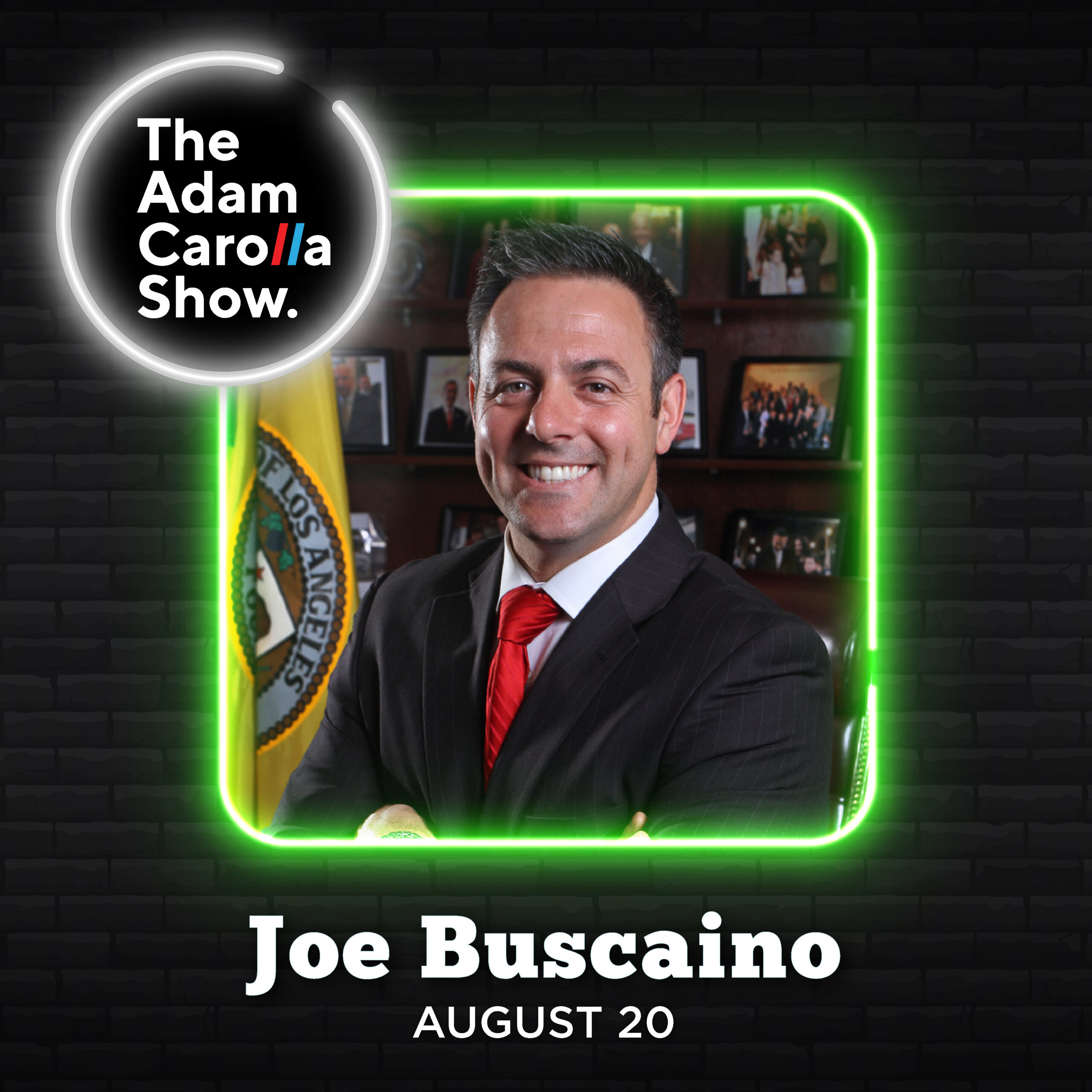 Adam opens today’s podcast talking about his relationship with Dr. Drew, and drawing a metaphor between bats, insects, and human behavior. He then brings in the official Captain Stubing jacket that someone purchased for him, and shows off another inappropriate Love Boat clip. From there, the guys listen to a clip from Unprepared about Ticketmaster, and they take listener calls about the five mijos, Adam’s various documentary projects, and QR code menus. Before the break, Adam compares Gavin Newsom with Larry Elder, and Gina presents a new recipe for ‘Eat Your Feelings’.

Adam welcomes Joe Buscaino in studio at the top of Part 2, and he talks about trying to get California back on track. Joe brings the gang some homemade tomato sauce, and the guys talk about trying to bring back the Feast of San Gennaro in Los Angeles. Adam then tells Joe about the need for a Traffic Czar, and the guys go on to discuss Joe’s run for Mayor of LA. Later, Adam asks Joe about his time as a police officer, and the conversation wraps up with talk about the homeless problem. As the show wraps up, Gina reads news stories about the Blues Traveler band bus crashing, a DC bombing threat thwarted, new fines against unruly airline passengers, Larry David and Alan Dershowitz publicly arguing, Lizzo’s reactions to comments on her body image, and the latest with Richard Simmons.

For more on today’s guest, visit http://joebuscaino.com, and follow his campaign on all social media platforms @JoeBuscaino

Download the Sleeper app on the App Store, Google Play, or on your desktop