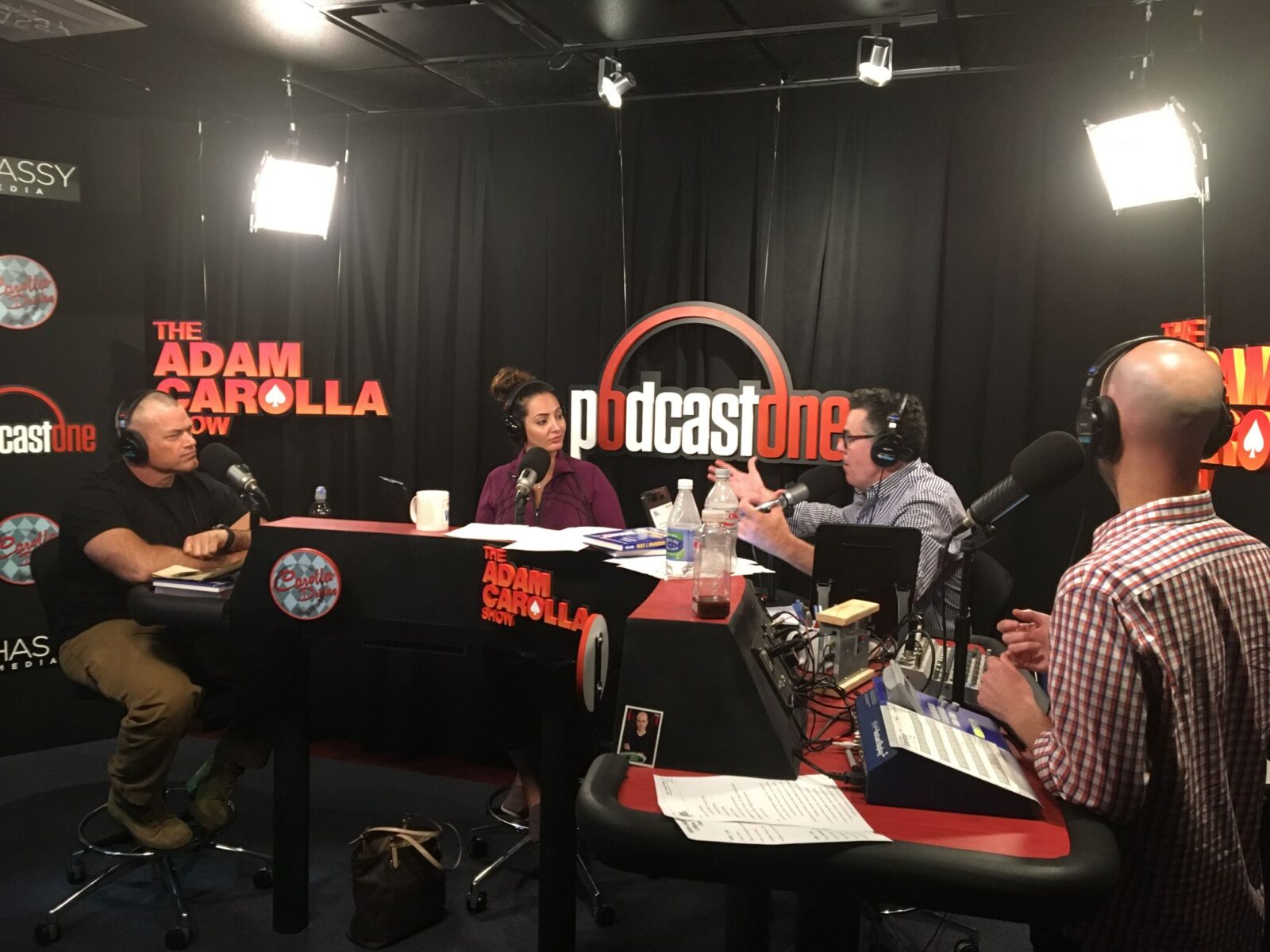 Posted at 01 Jun 2017 in Podcast by Chris Laxamana

At the top of the podcast, the guys talk about having a clearer hierarchy in sports leagues. The guys then watch a clip of a hockey game where the play-by-play announcer utilized Shek’s ‘frusen gladje’ call. Adam then tells the latest Mike August story, and Shek talks about pouring his beer on a rude person at a party. The guys also take fan phone calls about wedding vows, a woman who attacked her congressman, and how to raise your kids to be careful, but not a puss. Before the break, the guys look back on their crazy pasts and wonder how they’re still alive.

Jocko Willink is in studio next, and Adam talks to him about freezing cold showers and how much you get out of punishing yourself. Adam complains about his son playing too nice with his friends, and Jocko tells the story of his new book. Later, the guys talk about the future of masculinity and why it’s important for kids to learn how to push themselves to be their best.

Get more info on Dave @Dameshek on Twitter, and http://nfl.com/shek

I am sorry. I went too far. I was wrong. pic.twitter.com/LBKvqf9xFB