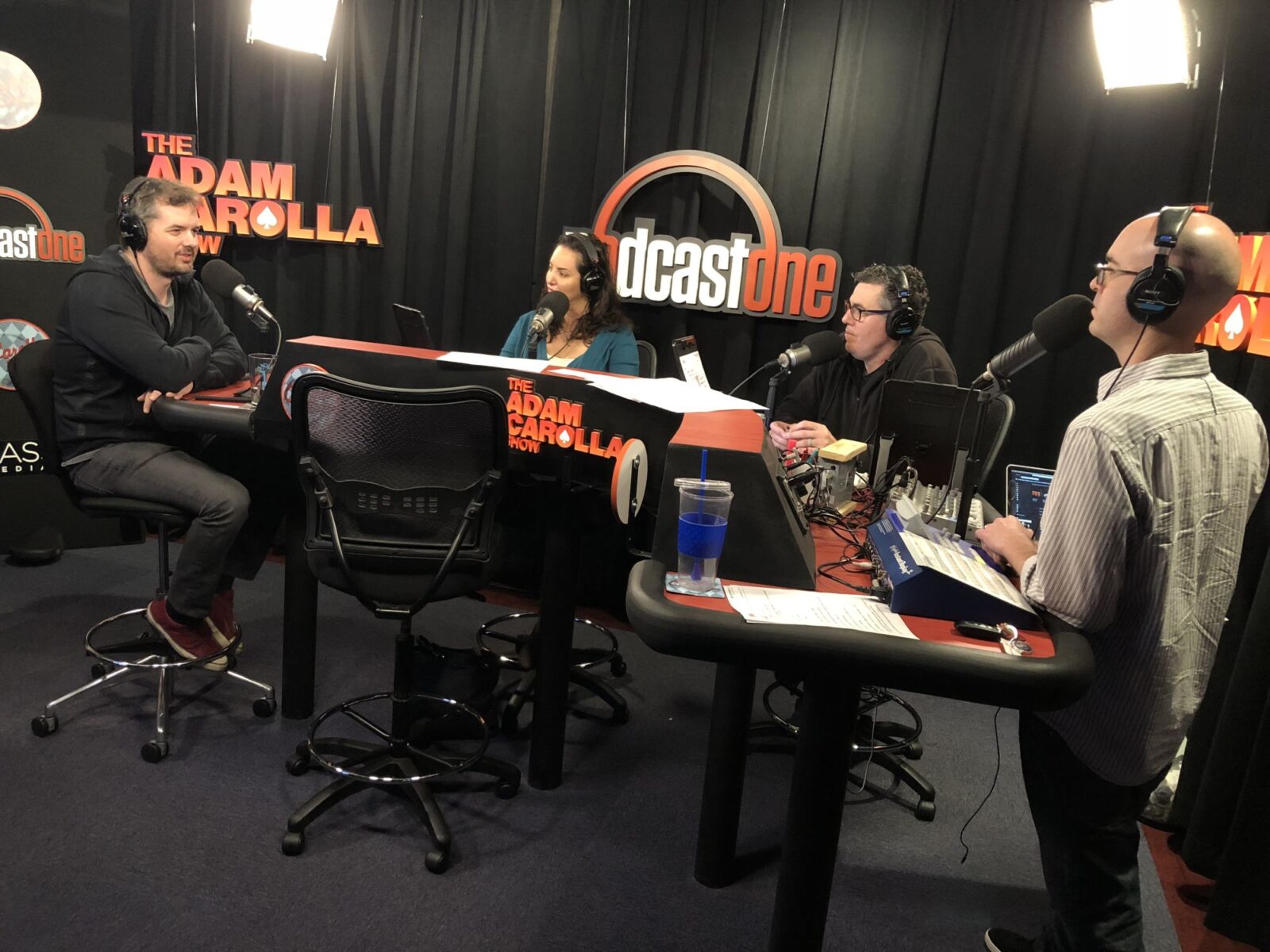 Posted at 05 Apr 2018 in Podcast by Chris Laxamana

Adam opens the show talking about Kevin Nealon, and then he takes a call from Dennis Miller. The guys talk about Garry Shandling, how to measure your junk, and the legacy of Paul Newman. Gina then asks the group about her skin’s reaction to cats, and the guys take a fan phone call about privacy in taxicabs, which leads to a larger conversation about limo rules. After that, Adam talks about his upcoming travel schedule and how he plans to get a nice meal while on the road. Up next, enjoy Good Sports with Adam and Dave Dameshek.

Jim Jefferies is in studio next, and Adam asks him about meet and greets and honing his material on the road. They also chat about getting Brad Pitt to be the weatherman on The Jim Jefferies Show, and why Jim hates awards shows. Gina then begins the news talking about jury selection for the Bill Cosby trial. Other news stories include Julian Edelman stopping a potential school shooting, and an argument over an abandoned train in Alabama filled with human feces. As the show wraps up, the guys discuss some bathroom etiquette.

Subscribe to ‘Red Circle Sports’, and get tickets to Dennis Miller’s upcoming performances at http://ticketmaster.com

Also be sure to watch ‘The Jim Jefferies Show’, Tuesdays at 10:30pm on Comedy Central. For more info, visit http://jimjefferies.com and follow Jim on Twitter @JimJefferies.