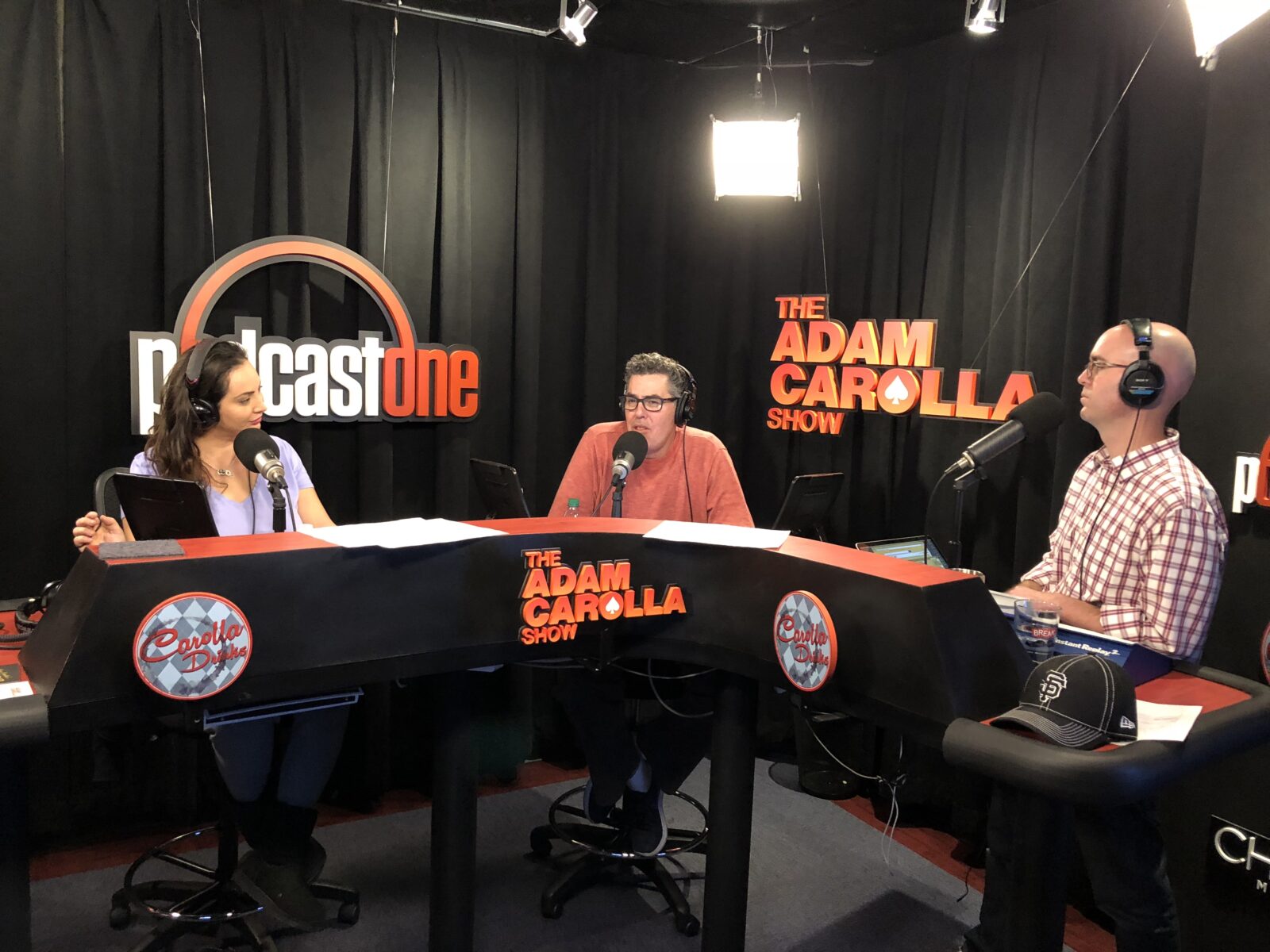 Posted at 01 Apr 2018 in Podcast by Chris Laxamana

As the show opens up, Adam talks about attending the Andre the Giant doc premiere and hanging out with Bill Simmons, Vince Vaughn, and ‘Danny Two Sheets’. The guys then take fan phone calls about gun control, reactions to Road Hard, and everyone’s favorite holidays of the year. In lieu of Good Sports today, Adam has a conversation with Coach Jim Harbaugh about playing football as a metaphor for life, and the importance of hard will and ethics.

Part two of today’s show opens with a round of Totally Topical TiVo Trivia. Gina then starts the news with a story about Donald Trump calling Roseanne Barr to congratulate her on her TV reboot. They also talk about whether or not hell exists according to the Pope, the wife of the Pulse nightclub shooter being found not guilty, and the final installment of the Sharknado installment. As the show wraps up, the guys chat about an owl attack at a wedding, and why some people have problems sleeping throughout the night.