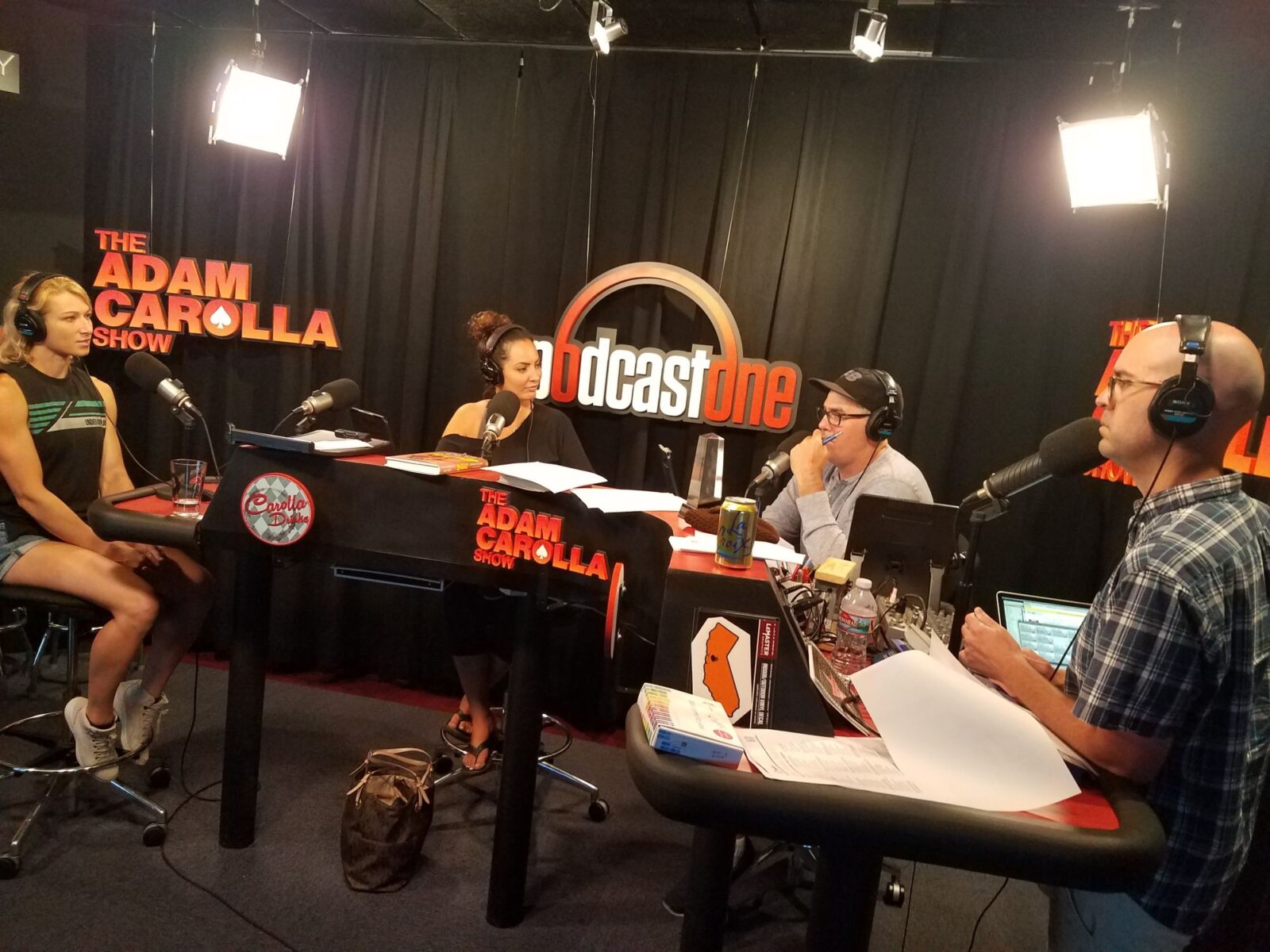 Posted at 17 Sep 2017 in Podcast by Chris Laxamana

As the podcast begins, Adam talks about people playing their role in life and not disappointing. He also explains why BBQ food is a metaphor for life, and goes on a rant about Huey Lewis. The guys then take a fan phone call about what toppings to put on pizza, and they watch a freak out reaction to the Canelo-GGG fight. Before the break, the guys take one more call about football celebrations, and play a round of the Rotten Tomatoes Game.

Jessie Graff is in studio next, and Adam talks with her about the success of American Ninja Warrior. They also talk about her incredible runs, and how you prepare for the obstacle course without getting to test it out in advance. Later, Jessie discusses how supportive her family has been, how she works on her grip, and games to test your balance. Gina then begins the news with a story about this year’s Emmy nominations, and Adam talks about a great party night he had over the weekend. As the show wraps up, the guys watch Kevin Hart’s apology following an extortion attempt.

Watch the American Ninja Warrior finale, tonight at 8pm on NBC. You can also check out http://wolfpackninjas.com, and follow Jessie on Twitter @JessieGraffPWR