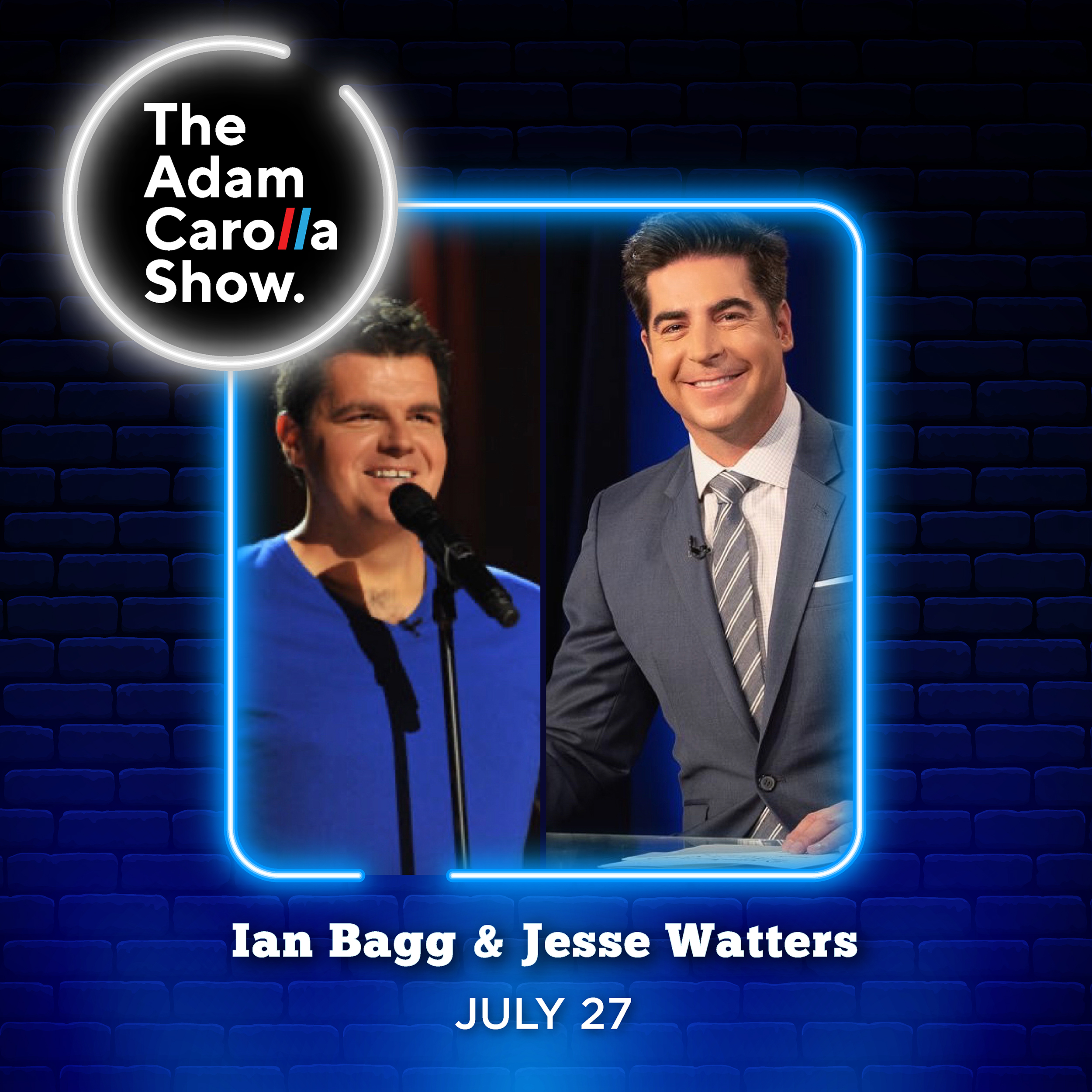 At the top of the show, Adam talks about people’s obsession with environmental crises. He then discusses how different his two twins are as they enter sophomore year of high school, and then the guys break down some observations about the Olympics Parade of Nations. From there, comedian Ian Bagg enters the studio to discuss a true crime story that crossed into one of his comedy shows. Later, Gina reads the news about the death of the dating game killer, Chicago Mayor Laurie Lightfoot’s decision to only speak to non-white reporters, and new COVID rules in the NFL. Before the break, the guys comment on the ongoing Angelina Jolie and Brad Pitt custody battle, and a guy in Japan who suffered a stroke after masturbating.

Adam welcomes Jesse Watters in studio for a one-on-one conversation in Part 2 of today’s podcast. The guys begin by discussing how Jesse has honed his comedic voice over the years, and having sensitive political conversations with his family at the dinner table. Adam then asks Jesse about his upbringing, they go on to talk about political correctness, fake cries of racism, and how weak-minded our society has become. Later, Adam and Jesse discuss how comedy and racism are linked according to ‘White Fragility’ author Robin DiAngelo. As the show wraps up, they discuss how race relations are at their lowest levels in years, and why so many people are being scared into silence.

Get your copy of ‘How I Saved The World’, available now on Amazon. For more on Jesse, follow him on Twitter @JesseBWatters.

And see Ian at the Atlanta Punchline from August 6th-8th. Tickets and more info at http://ianbagg.com

To all of the entertainers that are advocating for Critical Race Theory, here it is.

Robin DiAngelo explains “comedy is an excuse to be racist”.

“It’s okay to make fun of white people but not black people in comedy” pic.twitter.com/KpWz3C0sI7