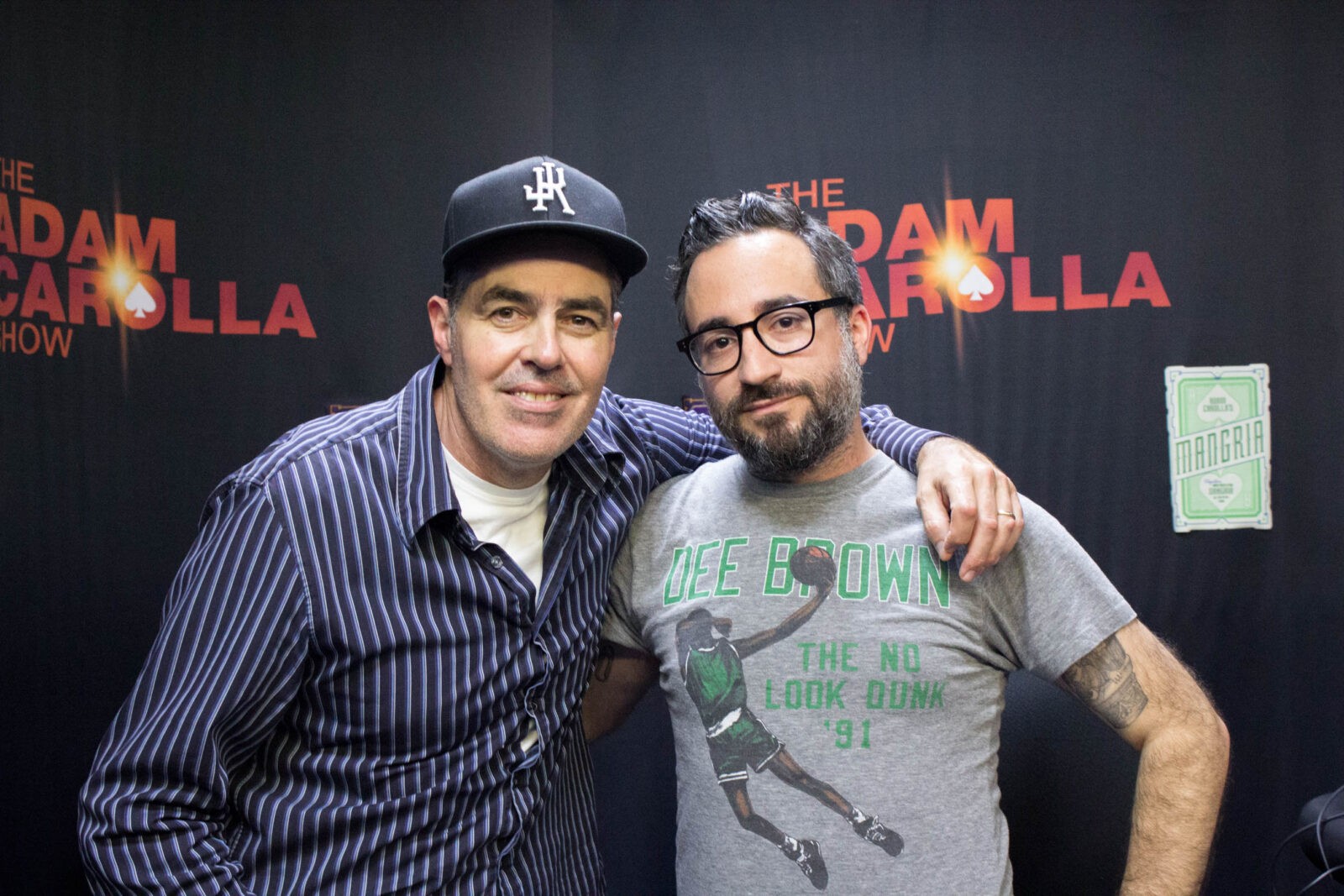 Posted at 08 Jun 2016 in Podcast by Chris Laxamana

At the top of the show, Adam, David Wild, and Bald Bryan share their excitement for today’s guest who will be stopping by later. Dawson then asks Adam a home improvement question, and the guys talk about dealing with insane neighbors. Adam also takes fan phone calls about homework struggles, Muhammad Ali, and his thoughts on donor eggs for pregnancy. Before the break, they chat with a caller about the upcoming show in Dublin, and Adam’s new documentary, ‘The 24 Hour War’.

Jensen Karp is in studio next, and the guys talk about the difficulties of pronouncing a book’s subtitle. Adam talks to him about winning daily rap battles on KROQ, and how he converted his time on the radio into a record deal at age 19. They also discuss why the album was never released, and how Jensen discovered he had a brain tumor. Later, Jensen explains why Kanye West owes Jensen money, and how the genre of rap music has evolved in the last few years. Today’s news opens with a report that Hillary Clinton has clenched the democratic nomination. They also talk about legislation in Pakistan that would allow men to lightly beat their wives, and the show wraps up with a video showing a brave mother who stopped her daughter from being kidnapped.