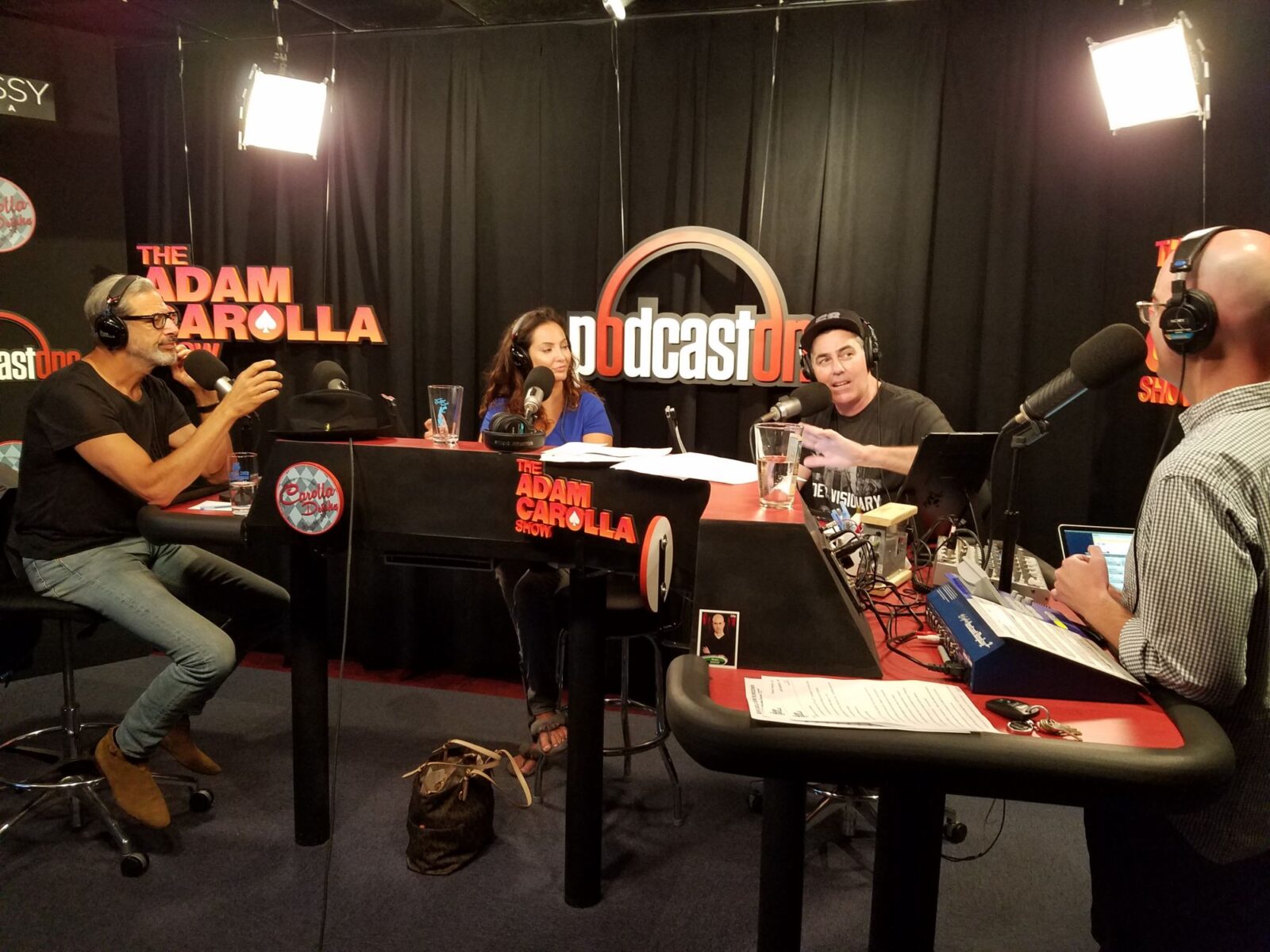 Posted at 23 Jun 2017 in Podcast by Chris Laxamana

Adam opens the show talking about teaching Sonny how to stand on a yoga ball. Adam then talks to Vinnie Tortorich about making breakfast for the kids, and which vitamins are good to invest in taking. After that, Adam takes fan phone calls about gender reveal parties, then talks with Chris Maxipada about this weekend’s Carolla Drinks event in Seattle. The guys all discuss how much they love road trips, and Gina tells the gang about her upcoming trip to Costa Rica. Before the break, Adam takes more calls about terrible commercials, big calves on a woman, and a hypothetical situation involving porn, and his kids turning 18.

Jeff Goldblum is in studio next, and the guys talk about the upcoming Arroyo Seco Weekend, which Jeff will be performing at. Jeff then talks about the new film he is shooting, as well as completing work on Jurassic World: Fallen Kingdom. They also chat about collaborating with Woody Allen, playing jazz piano, and some great documentaries to catch up on. Bald Bryan also tells Jeff about his favorite underrated performances, and the guys discuss Paul Newman’s legacy. Later, Gina compliments Jeff for a performance she watched him in on stage, and Bryan talks to him about his vocal work on The Simpsons. As the show wraps up, Jeff talks about all the movies you’ll be able to see him in shortly.

Jeff Goldblum and the Mildred Snitzer Orchestra will be performing at Arroyo Secon Weekend. For tickets, go to http://arroyosecoweekend.com. You can also follow Jeff on Twitter @JeffreyGoldblum.