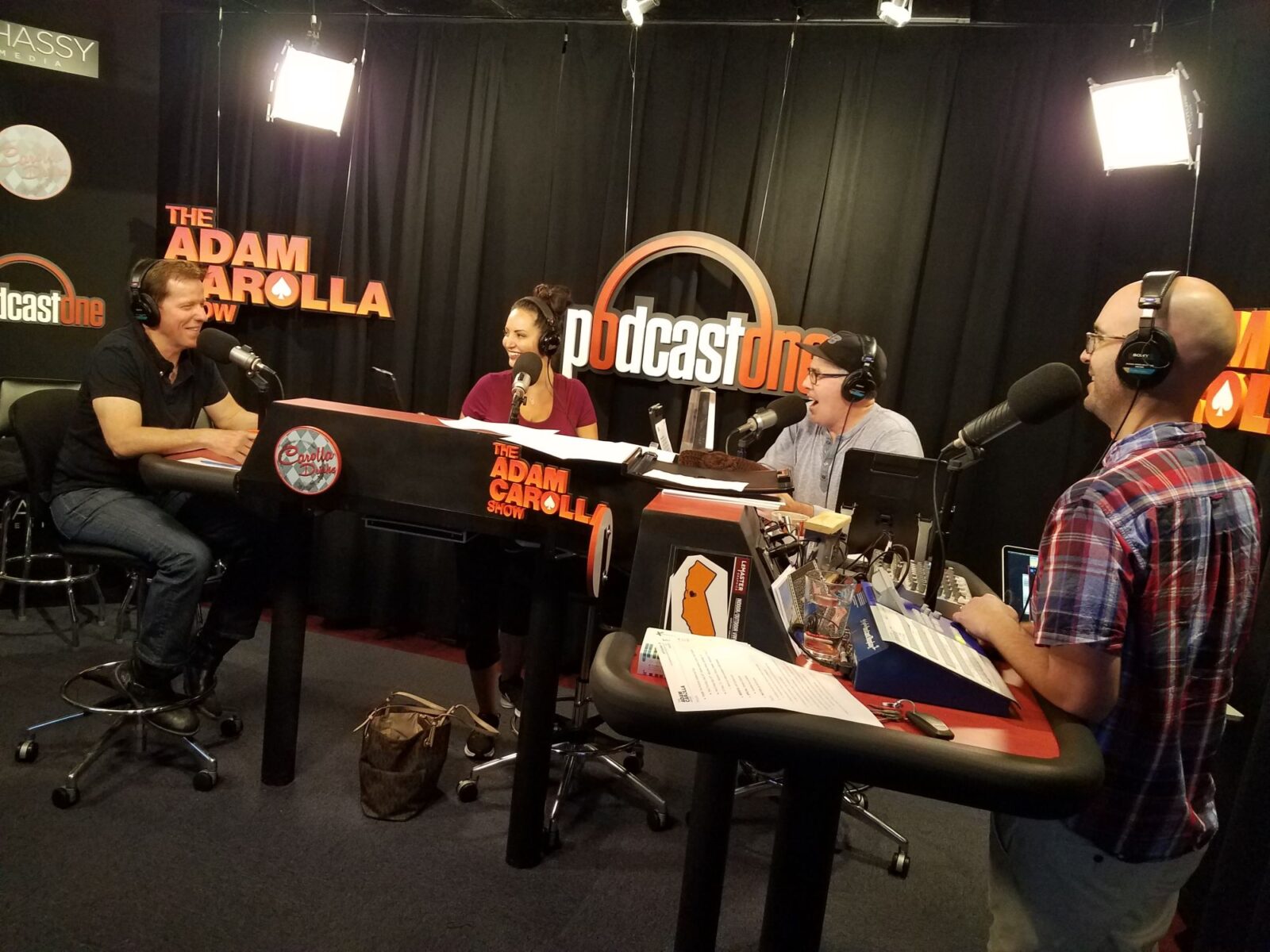 Posted at 20 Sep 2017 in Podcast by Chris Laxamana

At the top of the show, Adam welcomes Jeff Cesario back to the studio, who brought in delicious snacks from a local bakery called ‘Portos’. Adam then talks about dust, and takes a call about the problems with Los Angeles. Adam also plays a clip of Maxine Waters eulogizing Dick Gregory / roasting Trump, and takes a couple more calls about sign language translators, and a classic Love Line moment. Before the break, the guys talk sports with Chet Waterhouse, followed by today’s Good Sports segment.

Jeff Dunham then joins the show, and Adam talks with him about getting a star on the Hollywood Walk of Fame. The guys also discuss spending money on car restoration, driving on the water with Jay Leno, and being in line to design and buy your own GT-40. Later, Gina starts up the news discussing the death tolls following the killer quake in Mexico, and Hurricane Maria. They also discuss a woman offended by a raw cotton plant used as decor, which leads to a conversation about how to get our society back on track. As the show wraps up, the guys pay tribute to ‘Raging Bull’ boxer Jake LaMotta.

For more on today’s guest, visit http://jeffdunham.com and follow him on Twitter @JeffDunham. Also be sure to check out his new Netflix special, ‘Relative Disaster’

Hobby Lobby is selling decorative cotton stalks and y'all need to be offended. I'm officially offended by EVERYTHING! SHARE if you agree and follow —>> Political Cowboy on Facebook.