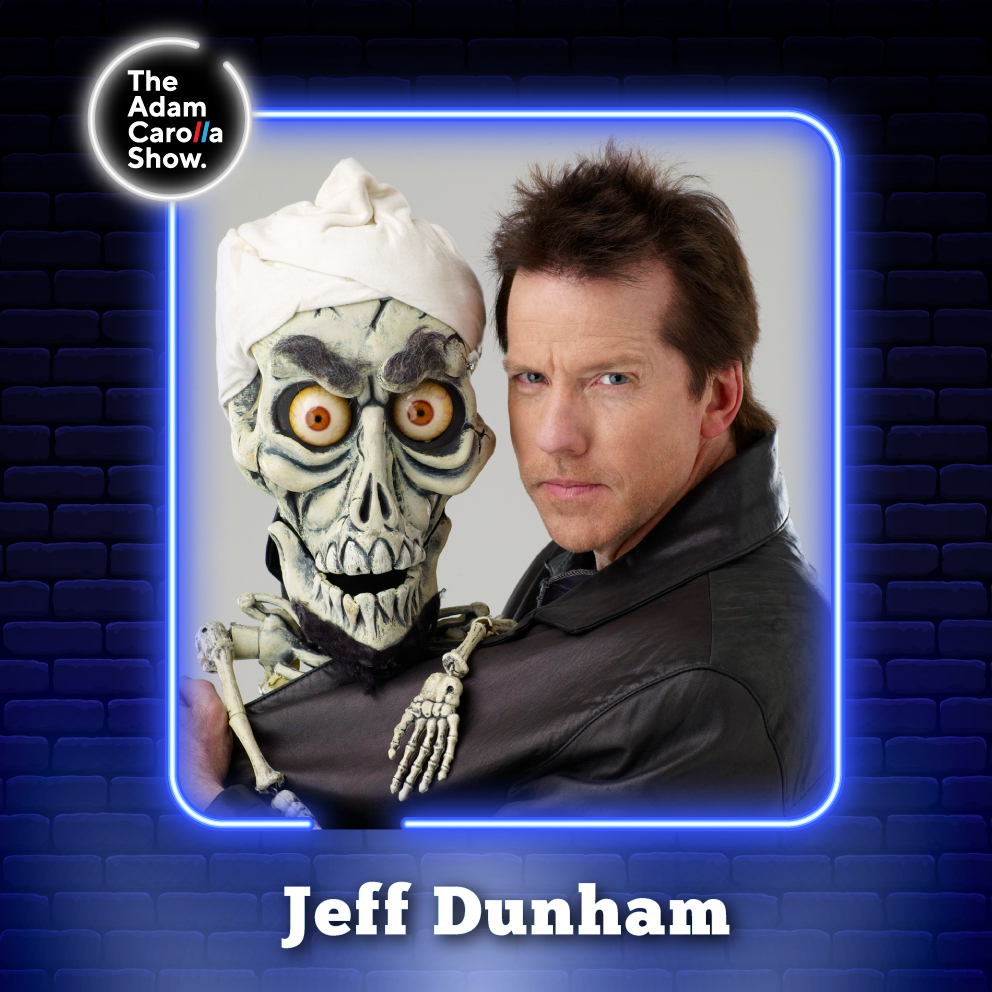 Gina shares her experience completing the ‘12-hour walk’ before Adam gets into his love/hate relationship with Duran Duran and his friend Jay Leno being hospitalized after a car fire. Author and journalist, Joel Stein, joins the show and talks about his new podcast, ‘Story of the Week’, where he chooses an obscure article that fascinates him and has the writer tell him more about it. Joel remembers meeting Adam when he was covering ‘The Man Show’ for TIME Magazine and being in on the infamous Dixie Chicks prank.

Legendary comedian and ventriloquist, Jeff Dunham, returns to the show and explains his writing process and what goes into producing a “rock n roll puppet show”. Jeff talks about his electric Hummer and shares Jay Leno’s theory about the failure of the 1950s Dodge LaFemme. Gina Grad reports the news of today including: 2 planes colliding at a Dallas airshow, and Dave Chappelle’s ‘SNL’ monologue sparking backlash as being antisemitic.

To see Jeff Dunham on his ‘Still Not Canceled’ tour visit JeffDunham.com for details