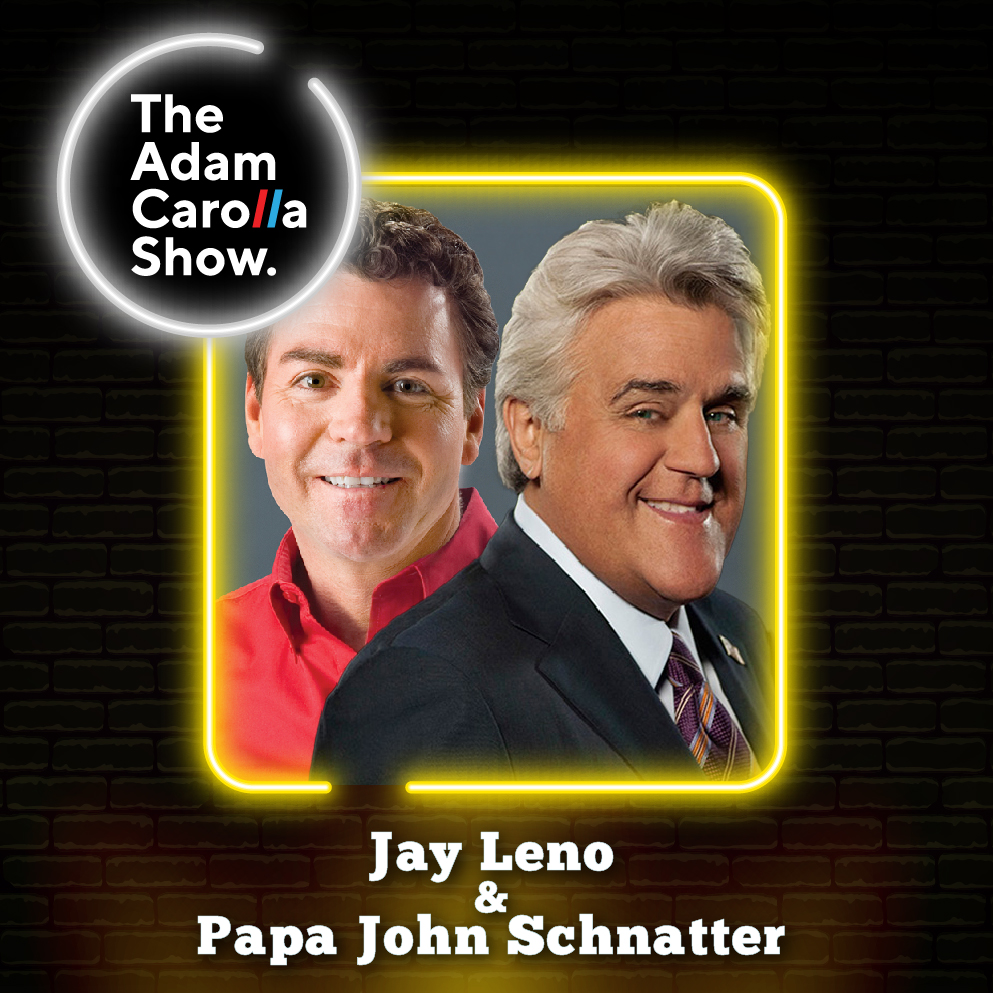 Adam sits down with the founder of Papa John’s Pizza, John Schnatter. They talk about John about starting his business in the back of his father’s tavern in Indiana and Adam asks about franchising a business and how McDonald’s became the most profitable eating establishment in the world. John then details the various events that got him in trouble with the NFL and eventually ousted from his company. Lastly, Adam asks John about his business plans for the future.

Part 2 of today’s podcast is a 1-on-1 conversation between Adam and Jay Leno. The guys begin by talking about comedians who waste time doing crowd work, Jay’s incredible memory, and wrapping your mind around people’s feedback on your work. They also chat about being interested in both comedy and mechanics, a typical day in the life for Jay, and putting together his incredible car collection. Later, Adam asks Jay about his early days of standup comedy, and they go on to discuss comedians that Jay thinks are great. In the last part of the show, Adam asks Jay about his religious beliefs, and Jay tells a story about Rodney Dangerfield.

Watch new episodes of “You Bet Your Life”, and get more info at http://youbetyourlife.com