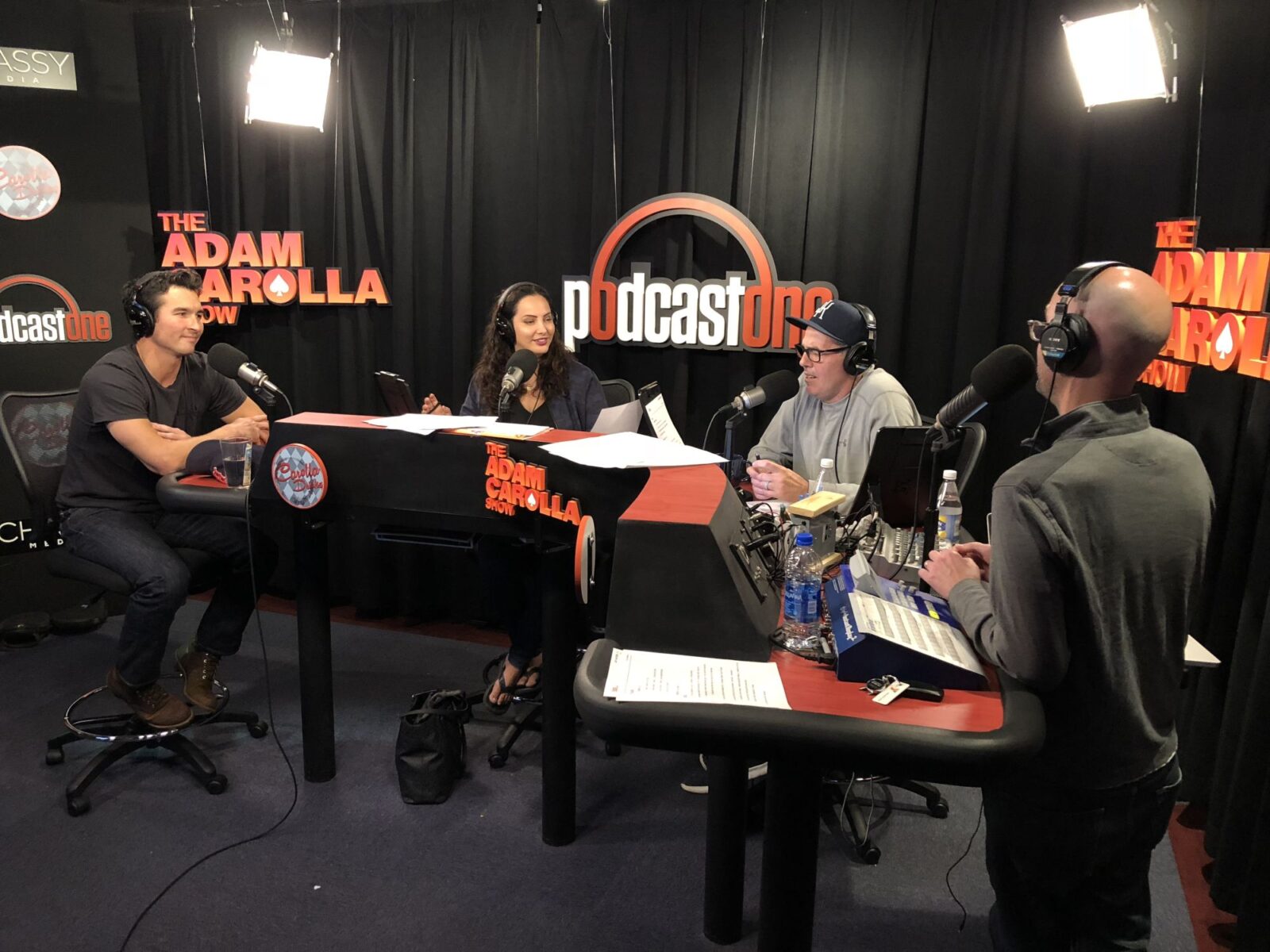 Posted at 22 May 2018 in Podcast by Chris Laxamana

Adam opens the show talking about the audition process, and how trying out for commercials is a different skill. Adam then recalls a conversation he had with Laxamana about knowing people’s sexual orientation based on the TV characters they play. Adam also talks about race relations as it pertains to the homeless situation, and the city of Los Angeles falling apart. Later, Dawson asks Adam about borrowing tools for a flooring project for his new studio, and Adam takes fan phone calls about Drawn Together, and answering your cell phone on a plane. Before the break, Adam and Shek bring today’s Good Sports.

Jay Hayden is in studio next. Adam talks with him about having his own building and design firm. They also talk about his show Station 19, where Jay plays a gay firefighter. Adam asks if he gets heat for being a straight guy playing a gay character, and Jay talks about not preparing for the role. Up next, the guys play a new Movie Memorabilia guessing game called Hollywood Hand-Me-Downs. Gina then begins the news talking about Starbucks’ new guest policy. Other news stories involve the manhunt following a 10-minute prison escape, a program that teaches kids how to build, and an escaped monkey at the San Antonio Airport. As the show wraps up, the guys talk about testing a hangover pill, and the growing concern surrounding super gonorrhea.

Season 2 of Station 19 is coming to ABC this fall. You can watch Season 1 on Hulu, and follow Jay on Twitter @JayHayden00.