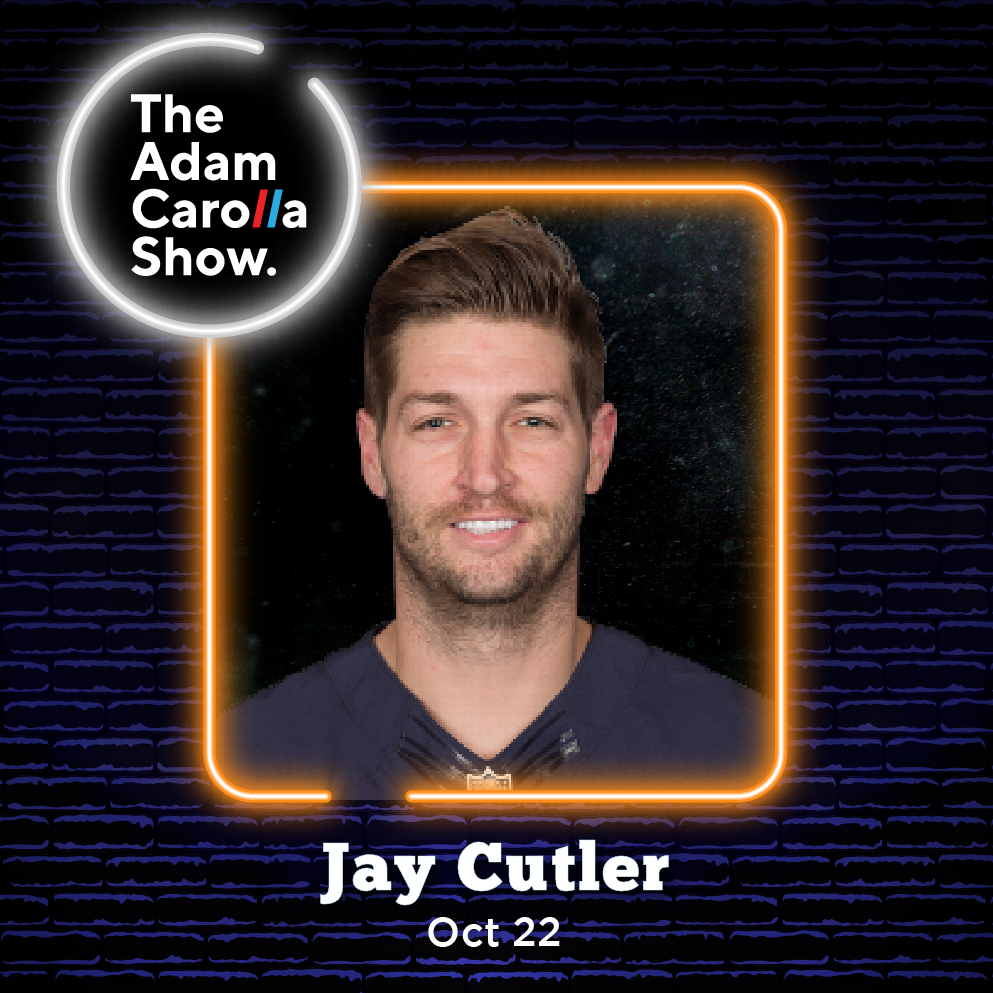 Part 2: Jay Cutler on Life After the NFL and Chicken Murder (ACS Oct 22)

Today’s show begins with the cycle of language, and making censorship policies based on a old George Carlin bit. He also complains about coffee pod offerings, as well as dealing with mean relatives and adults as a kid. From there, the guys take listener calls and talk Rich Man Poor Man, as well as advice for writing your first movie. Gina then reads news stories about Paris Hilton’s abuse experiences, another body found in the search for Gabby Petito, Trump launching his own media company, a friend of the show appearing on The Masked Singer, and AJ Brown’s claims that Chipotle gave him food poisoning.

Adam welcomes Jay Cutler to the podcast at the top of Part 2. They begin this one-on-one interview by talking about his days playing high school football, as well as expressing himself more since his time in the NFL. They also discuss the Sage Steele controversy, Jay dealing with a chicken massacre, and the truth about how our food is prepared. Later they discuss Jay’s experience getting drafted, what he learned from football, and the concept of ‘agency’. In the last part of the show, Adam and Jay chat about problems with the progressive movement, not being afraid of being cancelled, what separated the good teams from the bad, following his dreams to play in the NFL, and plans for the future.