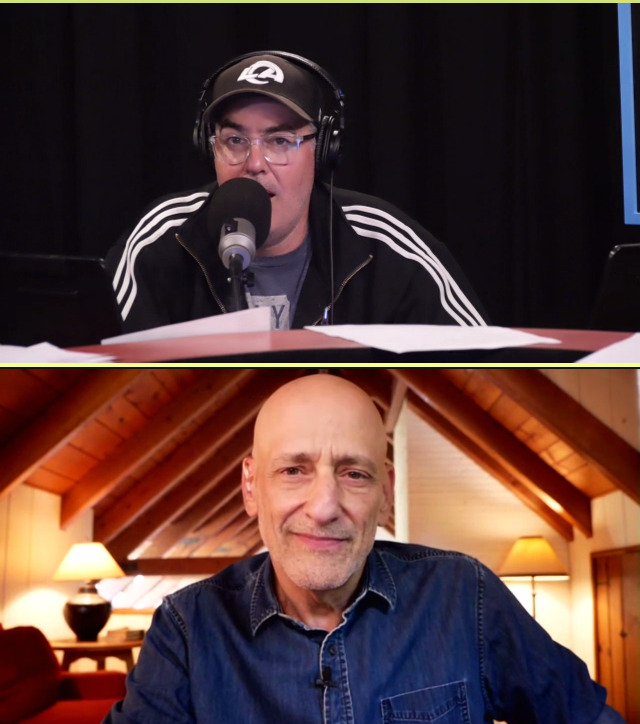 At the top of the show, Dawson tells Adam, Bryan and Gina about a house exploding in his neighborhood. Adam then talks about a mysterious visitor at 9:45pm last night, and relates part of the George Floyd trial that may be good news for Dawson. The guys also take some listener calls about post-quarantine life in Georgia, and pizza ordering problems. Later, they take a look at Jorge Masvidal’s flying knee take down. Gina then reads news stories about Georgia losing a major film production because of their new voting laws, Nick Canon expecting another set of twins, and Grimes’ strange back tattoo. Before the break, Gina reads a couple more stories about New York possibly having higher taxes than California, and Vin Diesel’s security guards bothering his neighbors.

Jake Paul calls into the podcast at the top of Part 2. Adam asks Jake about how boxing saved him from self-destruction, and what he thinks he can expect for his fight this Saturday night. Later they talk about his training regiment, thoughts on legendary boxers like Tyson and Holyfield, and what else to look forward to during this weekend’s Pay Per View fight night. In the last part of the show, Adam talks 1-on-1 with political commentator Andrew Klavan about growing up in a liberal environment, the new Left censoring free thinkers, and managing information during our continued political divide.

Watch Jake Paul vs. Ben Askren this Saturday at TrillerFightClub.com