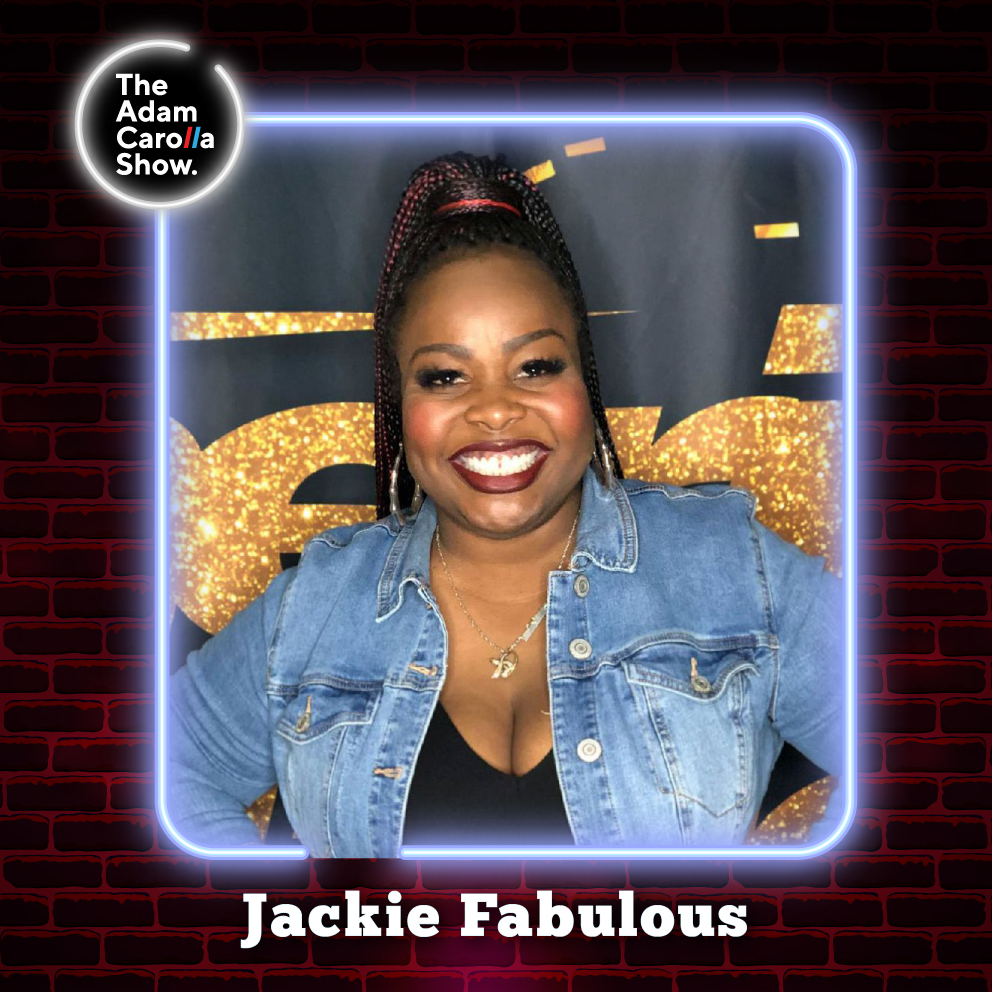 Adam remembers the stunt casting in the 1995 lineup for KLSX Los Angeles and Dawson reads the description for Michelle Obama’s new book, ‘The Light We Carry’. Kato Kaelin and Tom Zenner come in the studio to talk about their podcast, ‘One Degree of Scandalous’. Kato tells the story of how he ended up on the estate the night of the murders which lead to the OJ Simpsons trial and how he saw the infamous bag that was never found. Tom talks about covering Michael Jordan’s final season with the Chicago Bulls and seeing OJ the weekend he was arrested in Las Vegas. Kato shows them a clip of ‘Ice Wars’ which is all the fighting in hockey, but with none of the hockey.

Comedian Jackie Fabulous comes in the studio to talk about her new standup special, ‘Menoplause’, her experience moving back into her childhood bedroom in the Bronx during the pandemic, her decision to become a comedian instead of a lawyer, and how Pete Davidson is a good combination of nice and badass. Gina Grad reports the news of today including: LA County not reinstating the indoor mask mandate, the suspect in the July 4 mass shooting near Chicago being indicted on 117 counts, Chris Rock finally opening up about the Oscar’s slap, and how Britney Spears won’t have to be deposed.

Check out Kato Kaelin and Tom Zenner’s podcast, ‘One Degree of Scandalous’ wherever you listen to podcasts

See Jackie live at the Blue Note Hawaii on August 10th and find more dates on her website: JackieFabulous.com

Paul Sorvino discussing the treatment of women (including his daughter) in Hollywood. He’d have dealt with Harvey Weinstein personally given the chance.

A good man. His eyes always made me feel emotional. RIP. ?? pic.twitter.com/TqKsHjVf2a