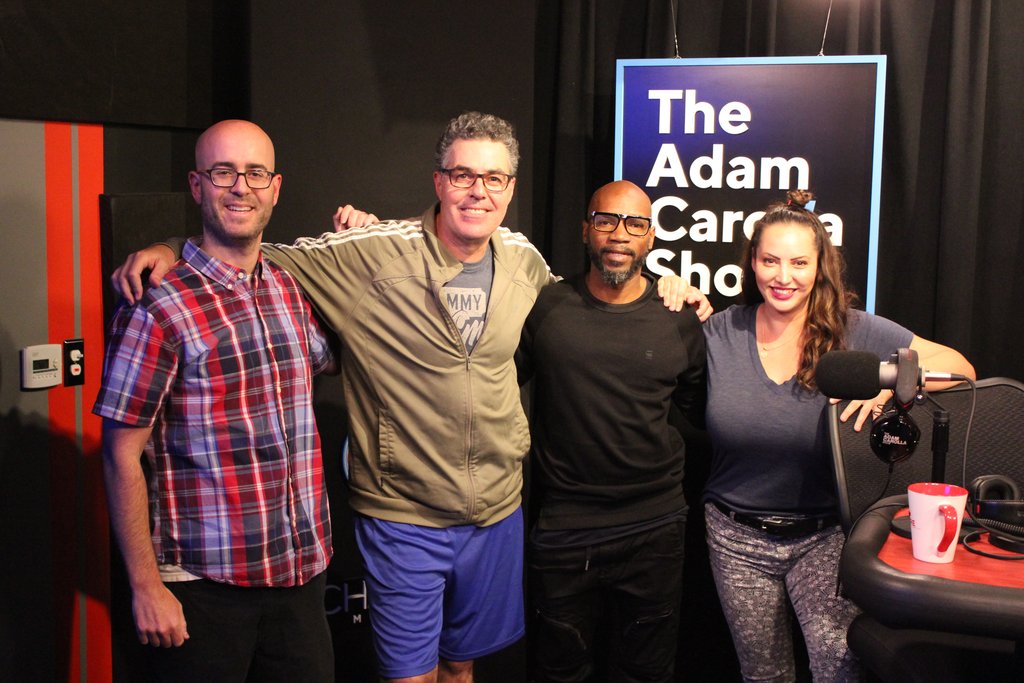 Posted at 10 Jul 2019 in Podcast by GoDaddy Managed WordPress At the top of the show, Sonny Carolla is in studio. Adam chats with him about his feelings regarding soccer, as well as why he hates school so much. They also talk about Sonny’s upcoming trips to Vegas, Chicago, and Laguna Seca, and Sonny’s new goal to do professional voice over work. Adam then shares his thoughts on painting over a mural, and takes a call from a fan that went Falconing last year. Before the break, the guys watch a clip from Adam’s Birchum pilot.

Comedian Ian Edwards returns in studio next, and the guys talk about some of his comic influences. They also discuss Ian’s innovative new comedy special, as well as his experiences working on the show ‘Crashing’. Adam then explains the physics of drag racing burnouts, and Gina reads a story about President Trump not being allowed to block accounts he doesn’t like. They also talk about new features added to Instagram to prevent harassment, the death of Ross Perot, and billionaire Tom Steyer joining the 2020 Presidential race. Other stories include an update on Anderson Cooper’s inheritance, more on Kevin Spacey, and a case of sibling rivalry taken too far. As the show wraps up, the group discusses a principal who was reassigned for denying the holocaust, and Adam and Shek bring today’s Good Sports.

For more info on today’s guest, check out http://IanEdwardsComedian.com. You can also follow him on Twitter @IanEdwardsComic.