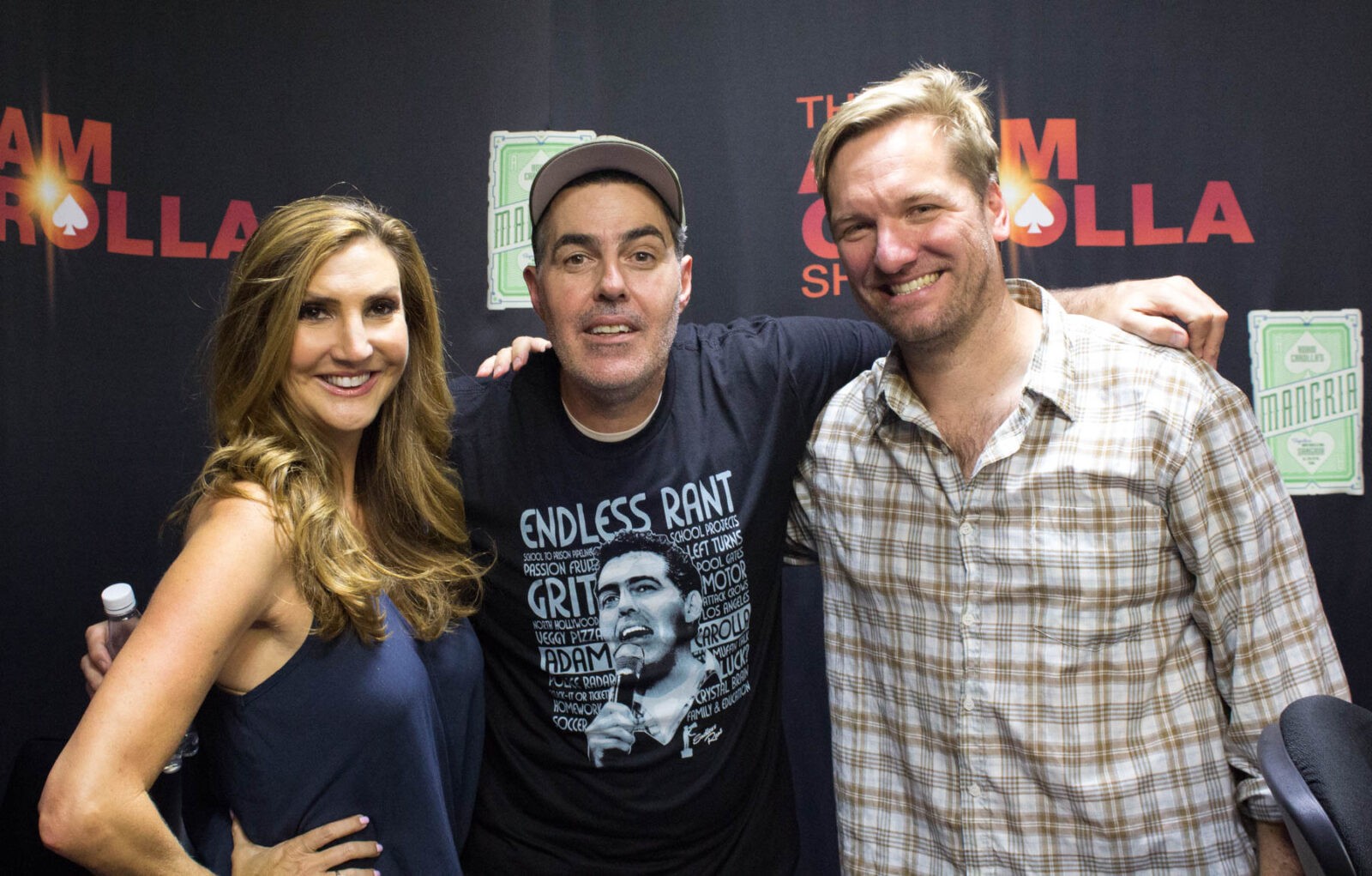 Posted at 02 Aug 2016 in Podcast by Chris Laxamana

Adam opens the show complaining about needing a password for everything, and never being able to access what he needs to. The guys then listen to a clip from the new doc, ‘Can We Take A Joke’, that focuses on the time Adam was accused of being racist. He wonders why certain people become journalists, and takes a few fan phone calls. Even though Matt Atchity is not in studio, the guys still play a round of the Rotten Tomatoes Game before the break.

Heather McDonald and director Ted Balaker are in studio next, and Adam talks with them about the new documentary, ‘Can We Take A Joke?’, which Adam and Heather are both in. The guys talk about people that get offended by their material, and Adam recalls his argument with Gavin Newsom. They also discuss how Donald Trump fits into the equation as someone who constantly offends, while his popularity grows. As the show wraps up, Gina talks about an altercation on an airplane where a pilot took down a drunk passenger, and Dawson creates a hilarious audio mash-up.

‘Can We Take A Joke’ is in theaters now, and available on demand. For more info, check out http://canwetakeajoke.com and follow the guys on Twitter @TedBalaker and @HeatherMcDonald.

You can also visit http://heathermcdonald.net for more info on Heather.