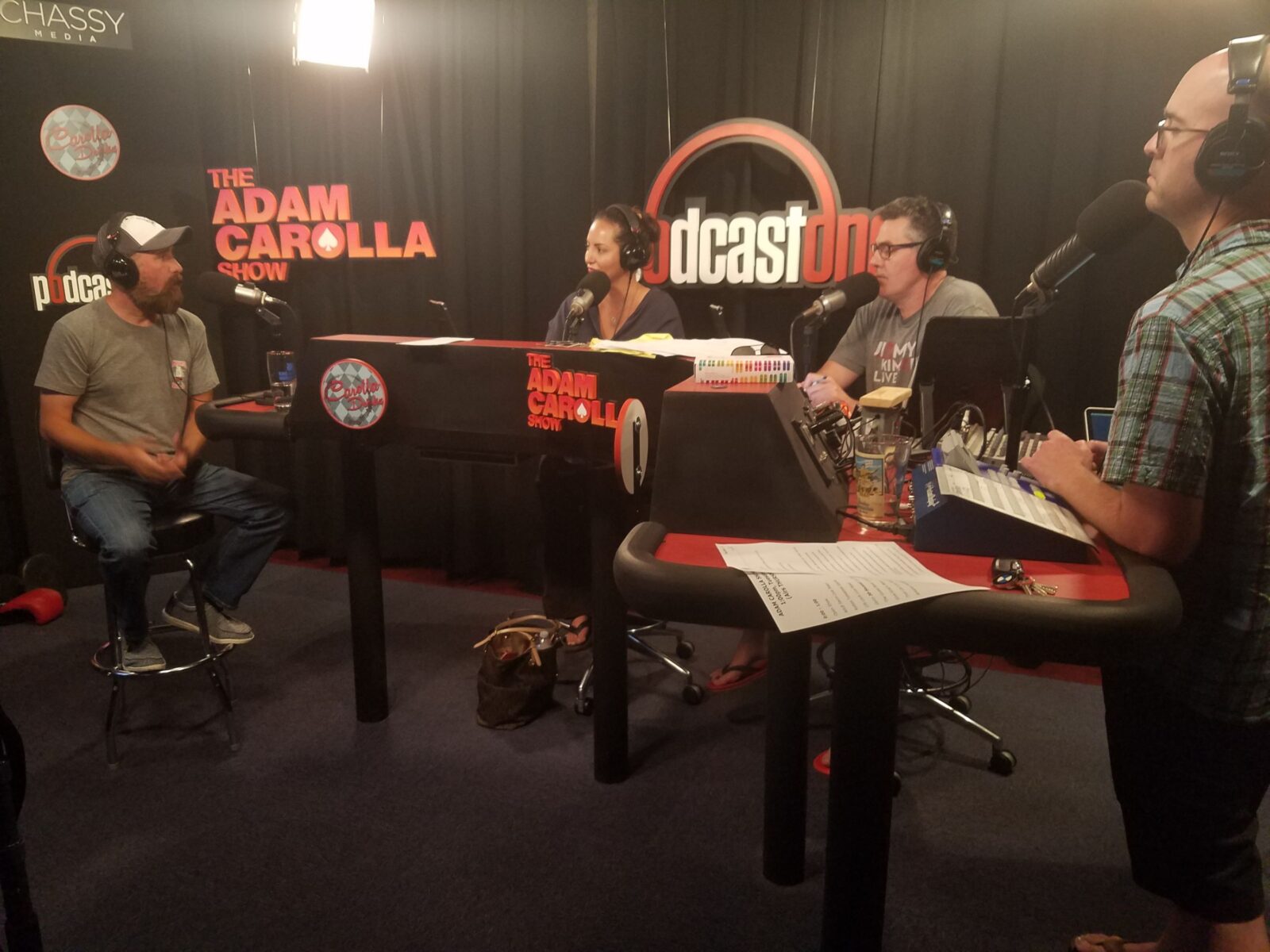 Posted at 26 Jul 2017 in Podcast by Chris Laxamana

At the top of the show, Adam talks about his upcoming crazy weekend, which includes trips to DC and Detroit, plus a visit to Sonoma to try and beat one of Newman’s old track times. The guys then take fan phone calls about the crappy music at Home Depot, turning the carpool lane into a paid speeding lane, and talking to your kids about sex. Before the break, Adam rants about an insane billboard he recently saw.
Greg Garcia is in studio next, and Adam asks him about his career path as a TV writer. Adam then rants about not being able to get into the First Class Lounge, and the guys both complain about how useless the AmEx Black Card is. After that, Greg discusses the inspiration for his new TV show, ‘The Guest Book’. As the show wraps up, Gina reads news stories about micro chipping your employees, and Trump’s recent address to the Boy Scouts of America.

Catch the two-episode premiere of ‘The Guest Book’, next Thursday August 3rd at 10pm on TBS. You can follow today’s guest on Twitter @WhoIsGregGarcia.