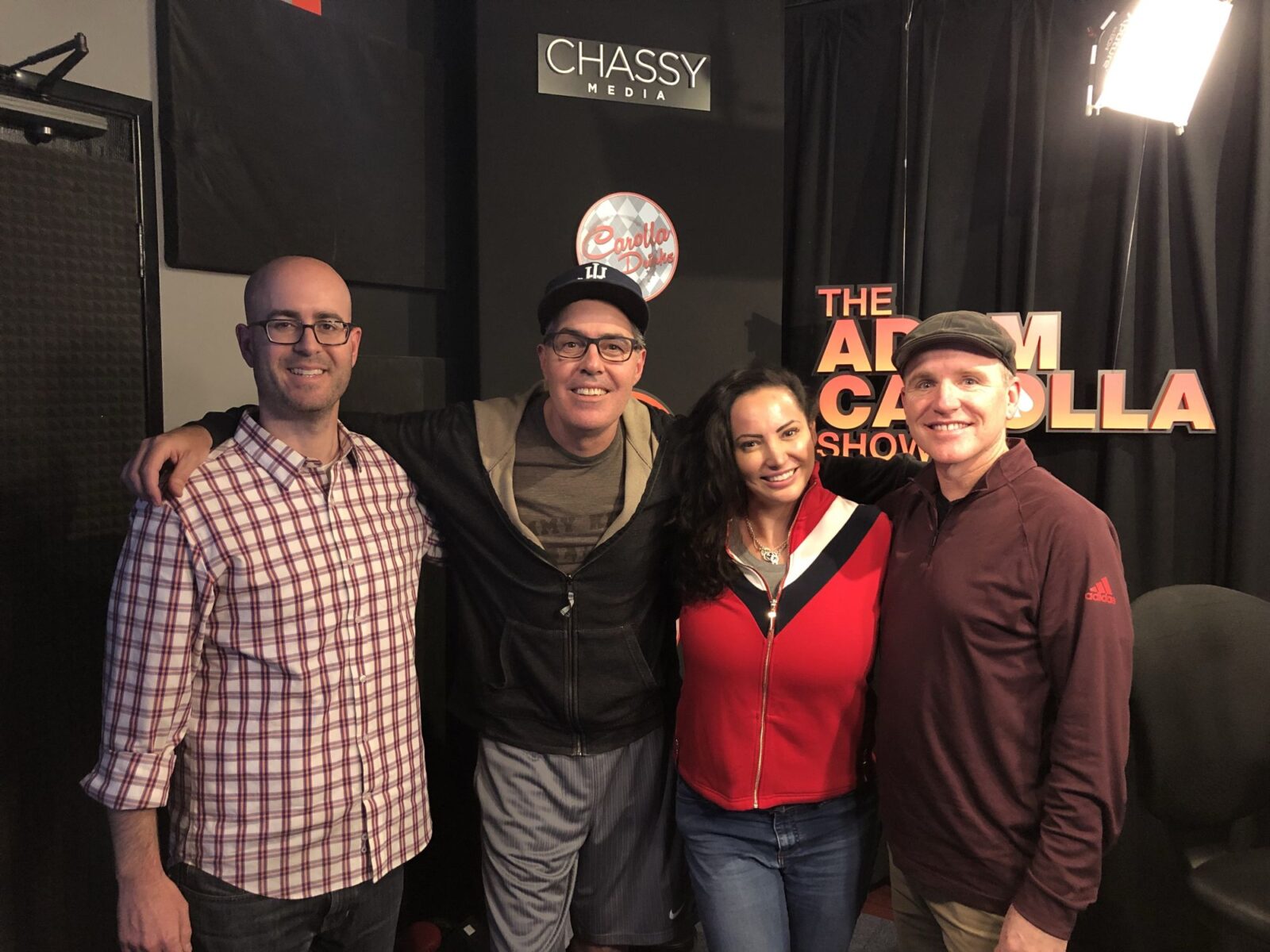 Adam opens the show complaining about people who are unprepared for their jobs, and confusion over what a ‘styptic pencil’. He then rants about the unintended consequences of service animals, and the shift in the message that commercials are sending to viewers. The guys also take a fan phone call about the best questions to ask in a job interview, and Adam talks about the square footage of his mom’s old house. Next up, enjoy Good Sports!

Greg Fitzsimmons is in studio next, and the guys talk about loitering at Starbucks. Greg then tells a story about trying to take a dump in a public setting, and Adam breaks down a news story about a couple of black guys arrested at a Philadelphia location for trespassing after not placing an order. Gina then reads a news story about people stranded in Mexico, which ultimately leads to a breakdown of The Love Boat. They also talk about bacteria spreading through bathroom hand driers, and a woman who died after having oral sex with a man who put cocaine on his penis. As the show wraps up, the guys discuss new trends like ‘cold gyms’ and ‘4D movie theaters’, and the return of the fanny pack.