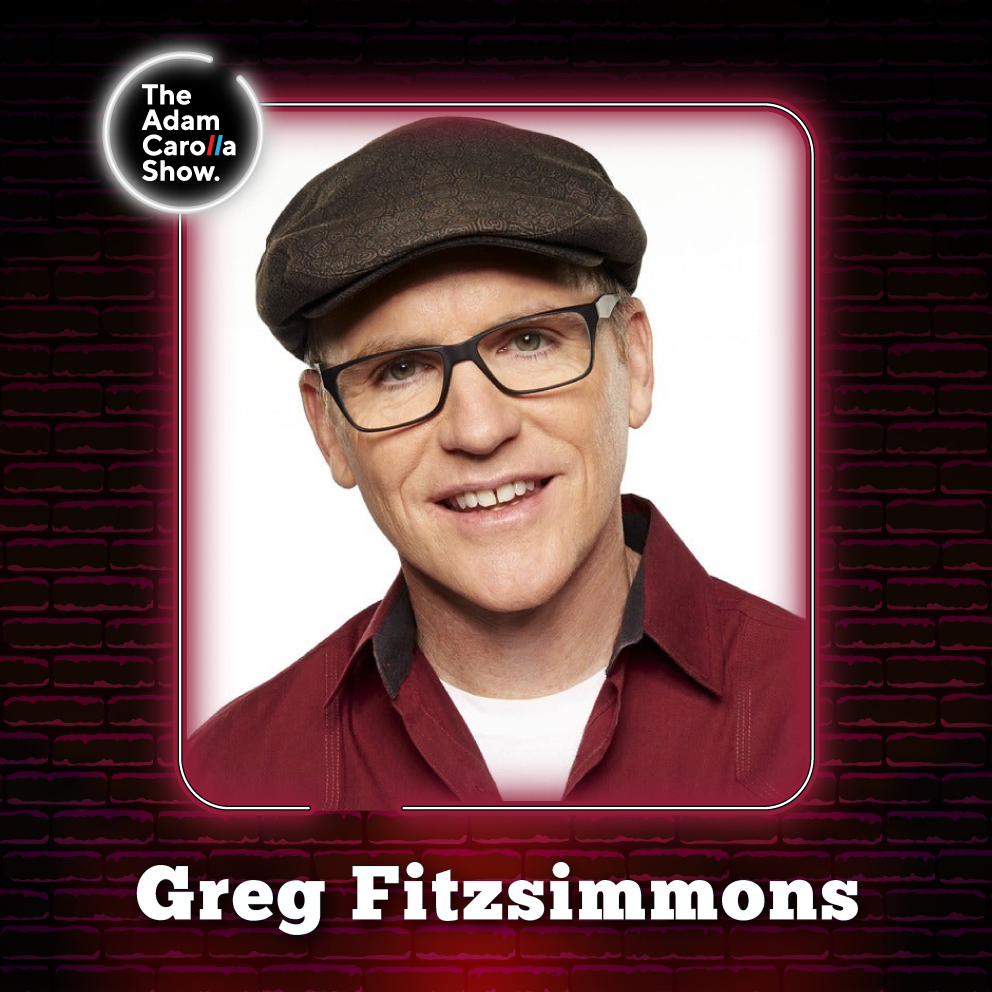 John Popper has asked Adam to sing backup vocals on the Spinal Tap song, ‘Big Bottom’ which leads the gang to listen to other covers like the Barenaked Ladies cover of the Happy Days theme song and a Travis cover of ‘Baby One More Time’ by Britney Spears. Gina presents an invention she found called ‘Laundry Jet’ which has a very similar concept to Adam’s ‘Recyclarolla’. Before playing a round of the ‘Rotten Tomatoes Game’ with a summer camp theme, Chris gives an update on the controversial ‘Thelma and Louise’ round they played at the Springfield show.

Comedian and friend of the show, Greg Fitzsimmons, returns to the show and talks to the gang about how you can tell how well a family is doing by the state of their fish tank, interesting costume choices for the guards in the film ‘Beastmaster’, and how he’s pitching a ‘Guinness Book of World Records’ game show. Adam pitches his own game show called ‘Claim the Name’ where fighters from different cities of the same name must compete for the right to keep the name so there will be no more duplicates. Gina Grad reports the news of today including: Will Smith’s apology to Chris Rock, Sesame Place facing a class action lawsuit following claims of racial bias, and monkeys terrorizing a Japanese city.

The future is now pic.twitter.com/nbJ32Yd7Ei