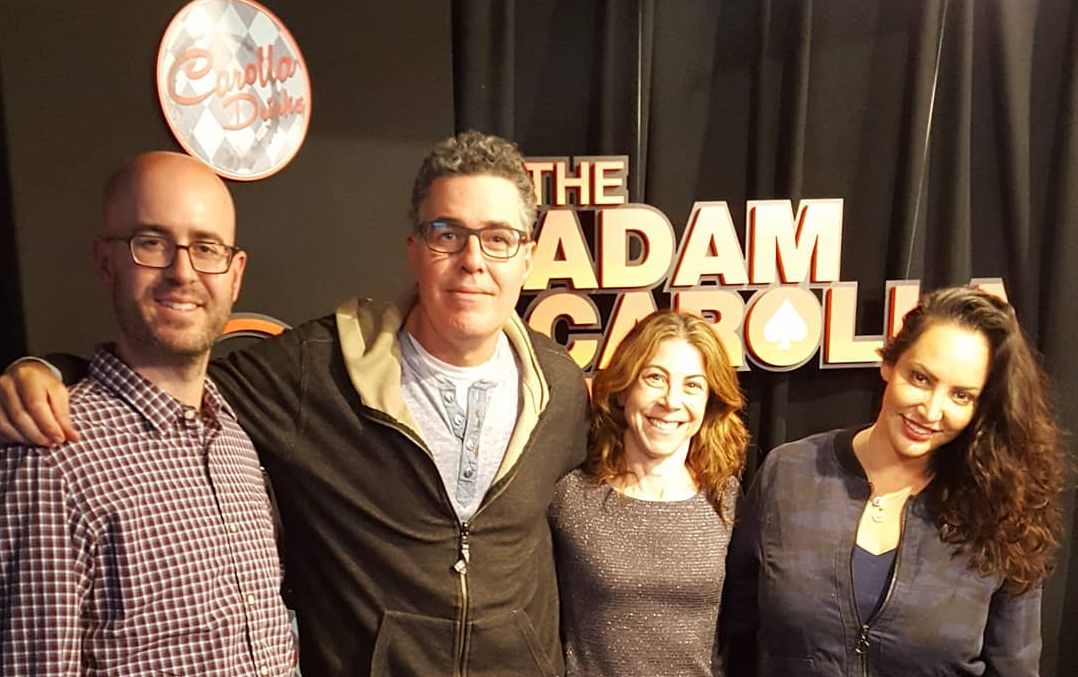 Posted at 02 May 2018 in Podcast by Chris Laxamana

At the top of the pod, Adam talks with Gina about her birthday and charity work. Adam then shares his thoughts on ‘out-sciencing’ ourselves, and traveling with his CarCast co-host Matt D’Andria. General Michael Hayden calls in next, and Adam talks with him about his impressive resume and thoughts on national security. General Hayden also talks about information warfare, the ‘post-truth era’ of gossip, and tensions building in Russia. Later, they talk about North Korea and South Korea repairing their relationship, and Adam takes a couple more fan phone calls about the mythos of Jules Dash, and updates on the Willy T. doc. Instead of Good Sports today, enjoy Bald Bryan’s review of ‘Avengers: Infinity War’.

Nell Scovell is in studio next, and Adam asks her about her writing career in Hollywood. The gang talks about women writing comedy, and Nell’s time spent working for David Letterman. They also discuss lack of diversity in the writer’s room, and writing jokes for politicians. Gina then begins the news with stories about Michelle Wolf’s White House Correspondent’s Dinner speech, Bill Gates turning down a White House job, and the largest wave ever surfed. Other stories include stats on animal attacks, Ford dropping several of its models, and how Americans define cheating. As the show wraps up, the guys talking about sleeping in a giant tequila barrel in the middle of Mexico.

Click below to get your copy of General Michael Hayden’s book, ‘The Assault on Intelligence…’:
https://www.amazon.com/Assault-Intelligence-American-National-Security-ebook/dp/B07B2K8CYZ/ref=sr_1_3?ie=UTF8&qid=1525206303&sr=8-3&keywords=general+michael+hayden