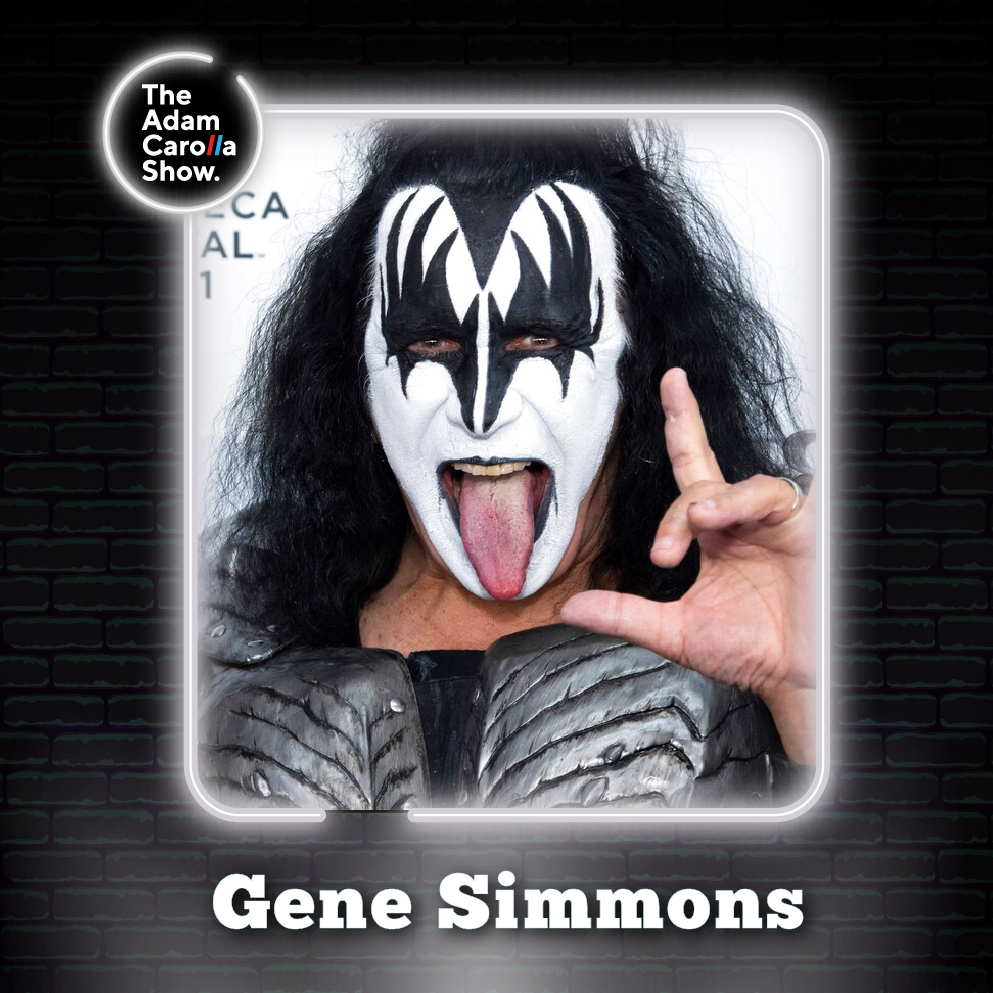 Adam begins today’s show with the hilarious Wheeler Walker Jr. in studio. The guys listen to one of Wheeler’s new tracks, and talk about the state of country music. They also watch a video of Wheeler getting kicked out of the country music hall of fame while protesting Florida Georgia Line. Later, Gina reads news stories about the re-emerging Taliban, Florida’s required financial literacy course, Conor McGregor’s legal woes, a new male contraceptive pill, vasectomies on the rise during March Madness, and stunt pilots planning to swap planes midair. Before the break, Adam rants away for March Madness Madness.

Adam is pleased to welcome Gene Simmons to the podcast for an extended one-on-one conversation. The guys chat about Hungarian culture, as well as Gene’s relationship with his estranged father. Adam then asks Gene about the origins of Kiss back in the early 70s, and they go on to discuss Judaism around the world, how he thinks he would have turned out if his dad had been around, and the latest updates on Ukraine and Russia. Later they talk about why Kanye West should be bitch slapped, Gene’s relationship with Cher, the music Gene loves listening to, and why he’s never been drunk or high. As the conversation wraps up, Gene explains how being in a rock band is like being in a cult, and what it really means to be a good singer.