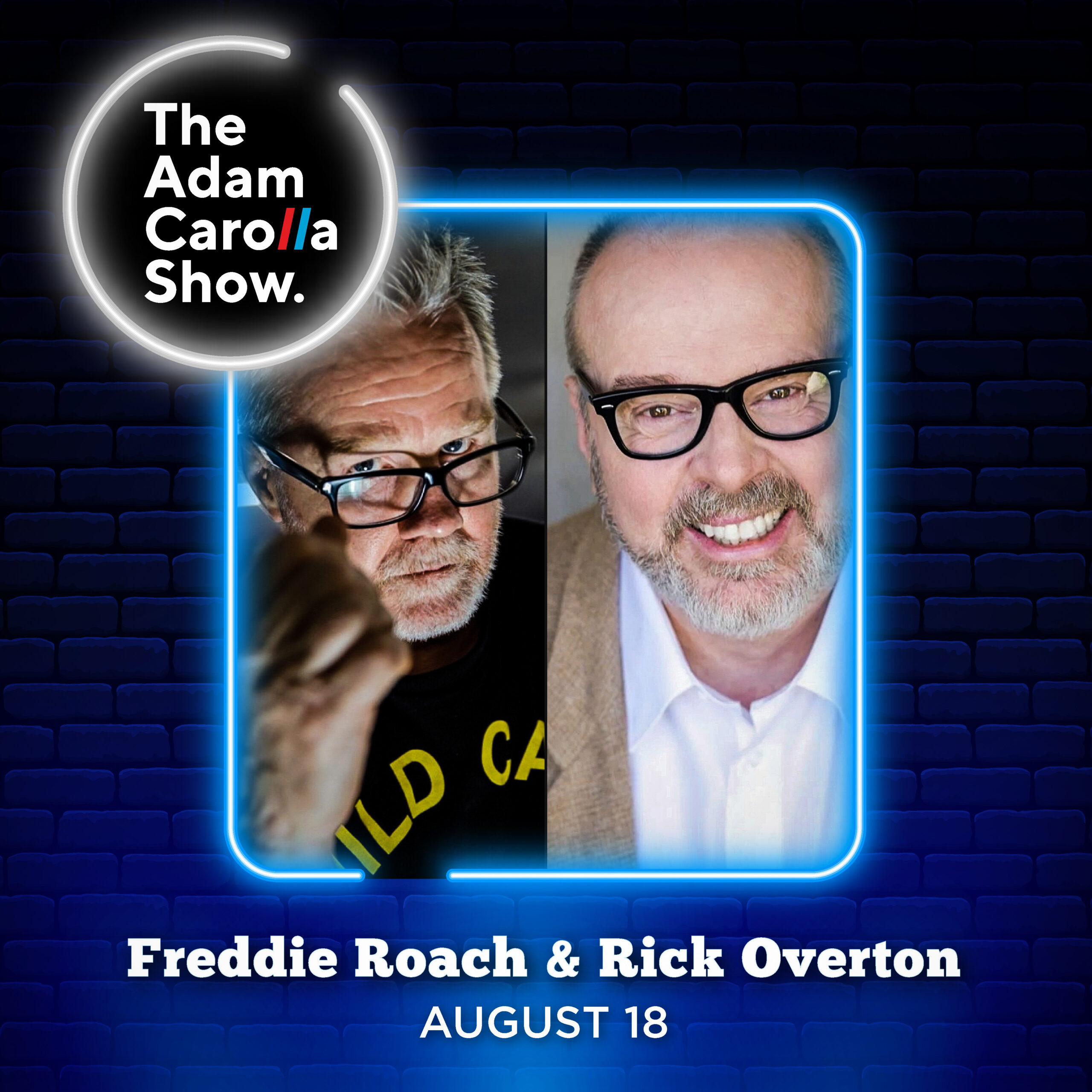 Adam opens today’s pod talking about his conflicted mentality regarding Natalia’s volleyball tournaments. He also tells Bryan and Gina about his desperate attempt to find a bathroom, subjecting himself to diet torture, and having a slew of terrible waiters and waitresses. They also discuss the incredible food enjoyed at Monterey, and then brings comedian Rick Overton in studio to discuss his new fully-improvised comedy special. Before the break, the group talks about the comedy of Jonathan Winters, Robin Williams, and Harold Ramis, along with Rick’s relationship with Joan Rivers.

Before brining Freddie Roach on, Part 2 opens with more Rick Overton in studio. Gina reads a news story about sexual abuse charges against Bob Dylan, which leads to a larger conversation about how our society used to view teens as adults. Other stories include updates on Britney Spears, a GoFundMe for Lady Gaga’s former dogwalker, and an upcoming Field of Dreams TV series. They also bring up Daniel Craig’s thoughts on family inheritances. In the last part of the show, Adam has a 1-on-1 conversation with Freddie Roach. The guys chat about the legendary Manny Pacquiao, and what his daily routine is like training 16 professional fighters.

Watch Pacquiao vs. Ugas this Saturday on Fox Sports PBC Pay Per View, or stream it on the Fox Sports App. You can also visit http://wildcardboxingstore.com, and follow Freddie on Twitter @FreddieRoach.