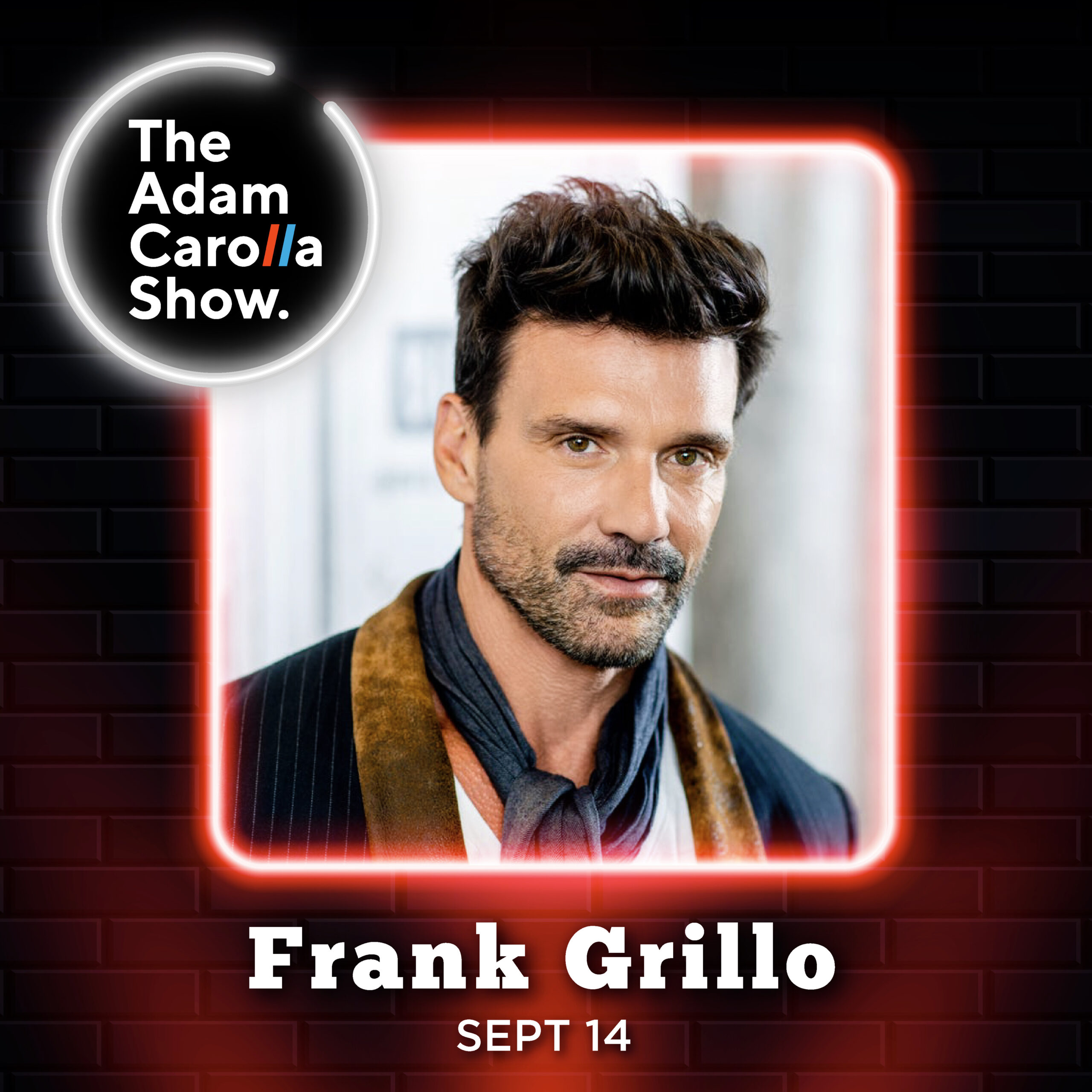 Adam opens today’s show reminiscing about the good ol’ days of first class flying. Bald Bryan then shares his latest health update… some good news just in time for Bryan’s birthday. From there, Adam talks about his upcoming weekend travel for the wedding of Jimmy Kimmel’s daughter, and they go on to discuss a vintage Coors commercial, how Subaru has changed their messaging over the years, and Bill Maher’s thoughts on the death of language. Later, Producer Chris joins the studio with some Trending Topics including the importance of ‘grip’ in our society, a cat saved from falling at a Miami Hurricanes game, ‘cricket dog’, Patton Oswalt canceling tour dates because they wouldn’t comply with COVID safety compliances, Howard Stern’s thoughts on the pandemic, and Conor McGregor fighting with Machine Gun Kelly at the VMAs. Before the break, the guys discuss some other highlights from the VMAs.

Adam welcomes Frank Grillo to the podcast next, and the guys talk about his new movie, ‘Copshop’, and Adam asks Frank about his health regiment. They also discuss the spread of COVID, Frank’s role in the upcoming Lamborghini movie, and filming a fun episode of Jay Leno’s Garage. In the last segment of the show, Gina reads news stories about a brawl at SoFi stadium between Bears and Rams fans, more fentanyl-related deaths, Caesar Milan being sued, rumors that Phoebe Waller-Bridge is replacing Harrison Ford as Indiana Jones, Dubai’s record-breaking ‘observation wheel’, and billionaire Mark Lore’s vision for a $400 billion Utopian city.

I testified about my experience @OversightDems today.

Hear us. Believe us. Because for so long, nobody has. pic.twitter.com/rExrMXzsSQ

.@AOC struggling for consistency as she alternatively uses the phrases “people who give birth,” “women,” and “any menstruating person” to describe women affected by Texas’ Heartbeat Act. pic.twitter.com/KeiXAcXLuN

This is insane, a cat fell from the upper deck of the Hard Rock Stadium and was caught by fans using a flag. pic.twitter.com/jiQOXC5ez0

Hilarious moment dog makes off with a ball during a cricket match pic.twitter.com/176ww9XLhj

“I don’t even know the guy! Don’t know anything about him, except that he’s with Megan Fox.” pic.twitter.com/LIqz2JUmdK

Whew she dragged Lil Nas X for his outfit
pic.twitter.com/nRaDwPWZM0

Ashton Kutcher gets drowned out by “take a shower” chants on #CollegeGameDay pic.twitter.com/EfWWuLFGuN