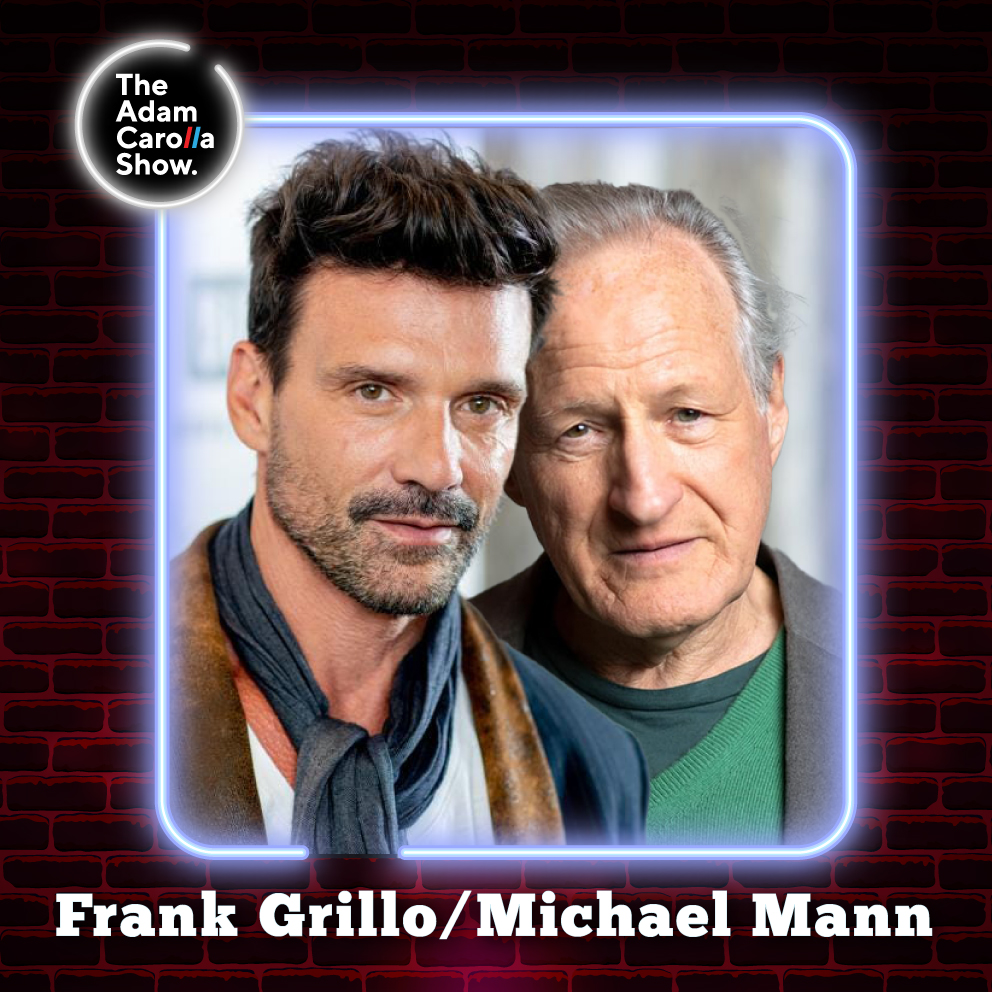 Adam talks to actor Frank Grillo one on one about his new movie ‘Paradise Highway’ and how it was filmed in Mississippi because of Morgan Freeman. Frank explains his theory of how he’s had success as an actor by being a fairly authentic man in a world where men are disappearing. Frank talks about his 1971 Bronco, his work ethic, and his diet and fitness regimen before giving Adam the inside scoop on the upcoming biopic ‘Lamborghini’ where he is playing Ferruccio Lamborghini. They bond over their love of Paul Newman and Adam tells Frank if he ever did cocaine, he would be the most obnoxious guy at the party.

Writer and director, Michael Mann, talks to Adam one on one about his new book ‘Heat 2: A Novel’, the sequel/prequel to his infamous 1995 film, ‘Heat’. Michael explains he wrote the book because the characters never stopped being alive for him and he couldn’t seem to get them out of his head. Adam remembers loving his 1986 movie ‘Manhunter’ where Brian Cox played Dr. Hannibal Lecktor and Michael tells him the story of how that almost didn’t happen. The two discuss how they pick which projects to actually pursue since there is never enough time to do them all. Michael gives Adam an update on the filming of his next movie ‘Ferrari’ in Italy and the two discuss the life of Enzo Ferrari.