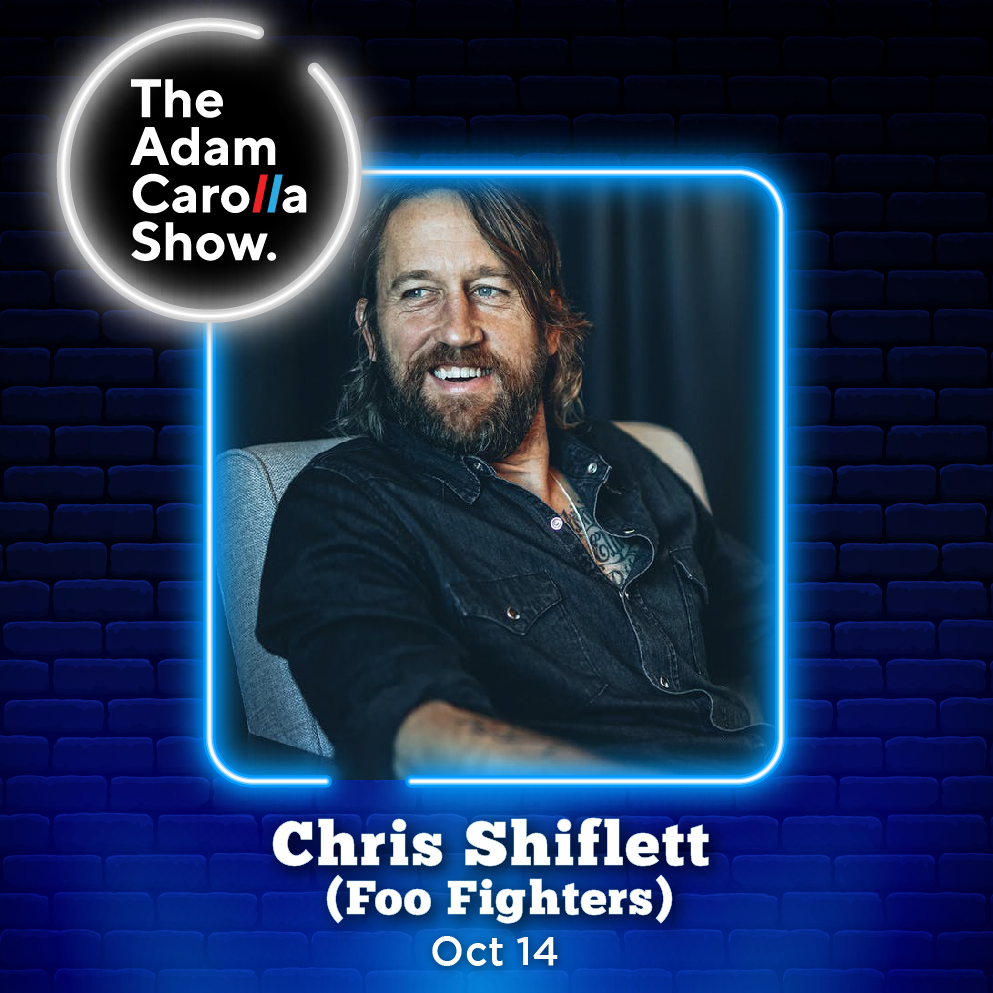 Adam opens today’s show talking with Bryan and Gina about his whirlwind trip to Nashville for a special event with The Daily Wire. He then complains about access to the first class lounge, how airports measure liquids to pass through security, a disappointing surf & turf experience, and how different flight crews handle mask enforcement differently. Adam then details a road-rage confrontation on the way out of the airport, as well as his terrible first class food box. Before the break, the guys take a listener call about diversity training on the jobsite, and Dawson breaks down an epically fast road trip from the Bay Area.

Chris Shiflett is in studio at the top of Part 2, and Adam chats with him about some of the notable people Chris has interviewed on his podcast, ‘Walking the Floor’. Adam then explains his love of The Jayhawks, as well as, of course, Foo Fighters. Chris talks about how band practice works when you’re in a band like ‘Foo Fighters’, and when they plan to go back on an international tour. Later they discuss new entries to the Rock N Roll Hall of Fame, the current state of boxing, and everyone’s favorite knock outs. In the last part of the show, Gina reads news stories about Shatner’s trip to space, Gabby Petito’s cause of death, Howie Mandel’s public pass out, a DC comic featuring a bisexual Super Man, and Dwayne Johnson’s rapping.

Subscribe to ‘Walking the Floor’, and get the latest Foo Fighters album, ‘Medicine At Midnight’. For more on Chris, visit http://chrisshiflettmusic.com and follow him on Twitter @ChrisShiflett71.