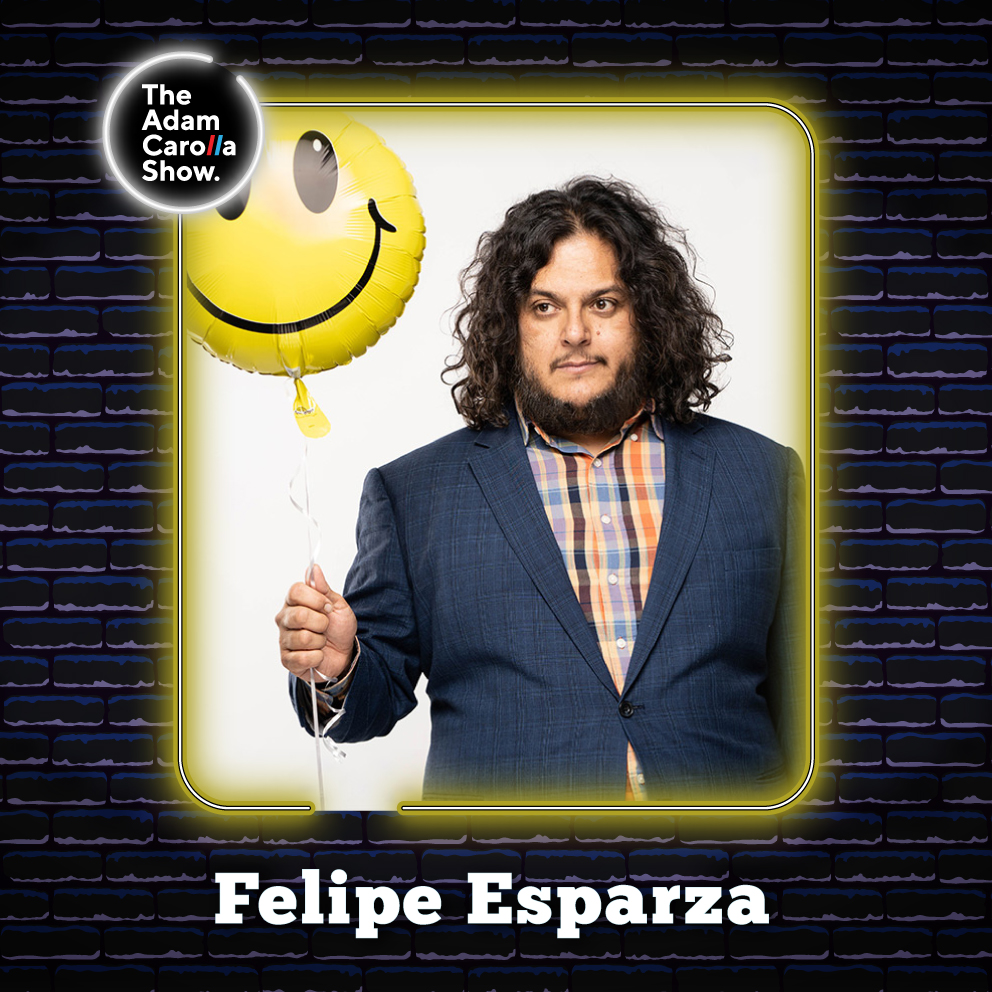 Adam remembers the type casting in the 70’s where a handful of nearly identical actors always played the same roles before Dawson debuts his finished mashup of Olivia Newton-John and porn director Bobby Hollander. Adam looks at the career of Shania Twain and her partnership with Robert John “Mutt” Lange before giving insight into his dog’s sleeping habits. The gang takes calls from listeners including someone wondering if he is going to get in trouble for using the terms ‘sir’ and ‘ma’am’, someone who heard a rumor about Charles Manson and Al Lewis, and someone wondering when the next Carolla Cruise will be.

Actor and comedian Felipe Esparza returns to the studio and talks about all things Tijuana, such as Margaritas Village, lobster tacos, brothel limo services, and border crossing. Felipe answers Adam’s question of ‘who are Mexico’s Mexicans?’ The gang discusses Erik Estrada, the worst ‘hot jobs’, and shoe shining. Gina Grad reports the news to today including: Kamala Harris breaking a senate tie, Alex Jones ordered to pay $49 million to Sandy Hook parents, Anne Heche hospitalized after crashing a car into a house, and Cleveland hosting a massage therapist convention.

Check out Felipe’s podcast, ‘What’s Up Fool?’, available wherever you listen to podcasts