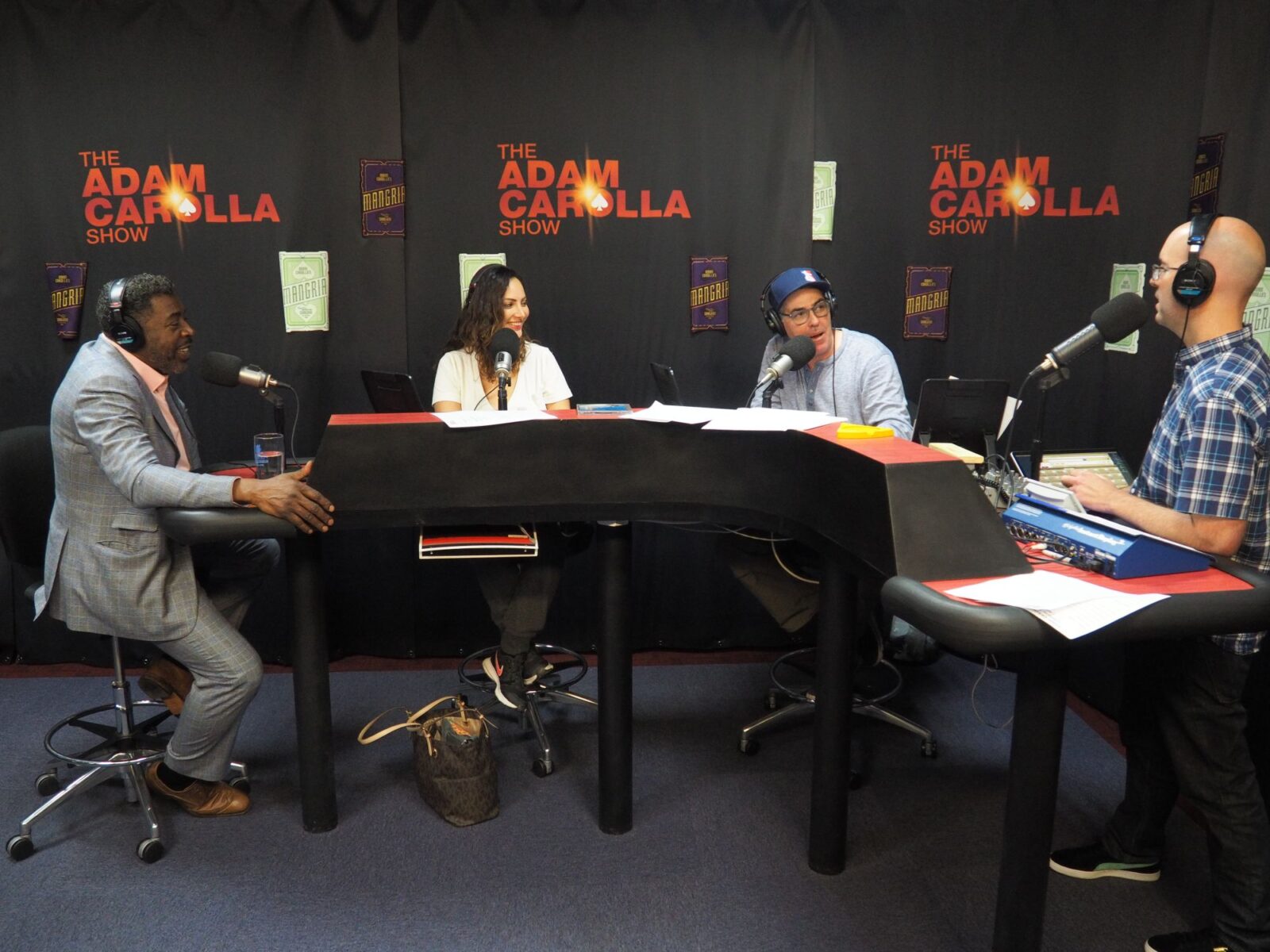 Posted at 30 Jan 2017 in Podcast by Chris Laxamana

Adam opens the show talking with Bryan and Gina about the rewards of sound drops. He then complains about a travel mistake on his itinerary, and confusing dinner plans with Dr. Drew. Adam also recaps his day at the beach with Natalia and his dog, and takes fan phone calls about using Waze, performing in Hawaii, and whether or not there’s such a thing as boneless chicken wings. Before the break, Adam takes one last call about attending a child’s birthday party in Las Vegas.

Ernie Hudson is in studio next, and Adam admires him for his great attitude when being bothered by paparazzi at the airport. The guys also chat about the one-man-show Ernie wrote about boxer Jack Johnson, and the insanity of getting misinformation from your computer. Gina then asks Ernie about his experiences on the series ‘Oz’, and the guys play an Ernie Hudson-themed round of the Rotten Tomatoes Game. As the show wraps up, the guys make fun of the movie ‘Cobra’.

Watch episodes of A.P.B., starting Monday 2/6 at 9pm on Fox. You can also check out http://ErnieHudsonOfficial.com, and follow him on Twitter @Ernie_Hudson