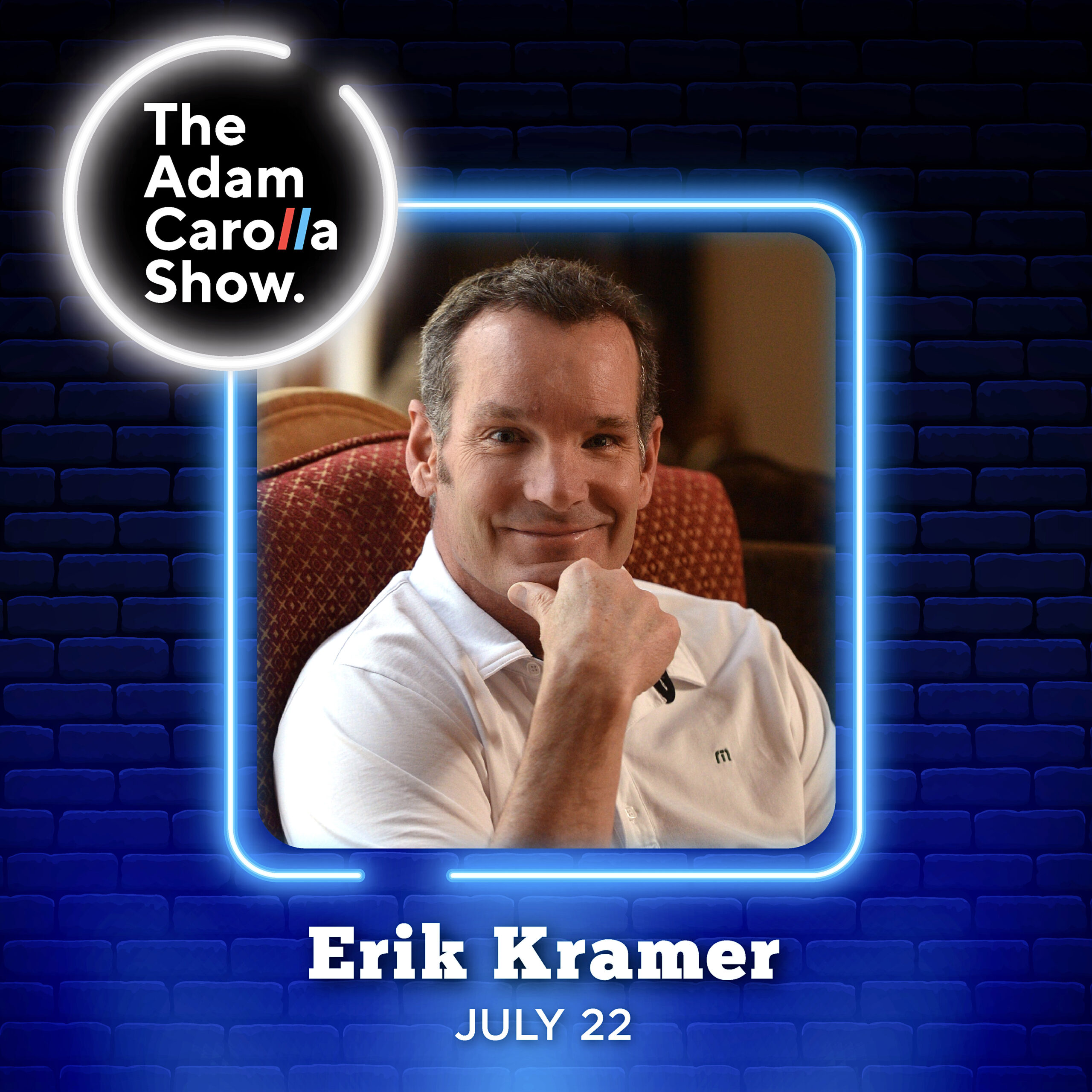 Today’s pod opens with a conversation about the time Adam dislocated in shoulder. He also shares a thought working on a project to distract your mind from stress, and the guys go to chat about M. Night Shyamalan, Tyler Perry, and Jeff Bezos. Later they watch a vintage Pontiac presentation video, and Gina suggests a Netflix series on pop music. Before the break, Gina reads news stories about The Free Britney Act, Jeff Bezos’ $100 million donation, MLB’s first ever all-female broadcast crew, and Dolly Parton’s Playboy Bunny video.

Adam is pleased to welcome his old friend Erik Kramer in studio. The guys look at a Pop Warner photo from 1973, and reminisce about their old teammates and coaches. Erik talks about winning multiple championships in youth football, his years playing Canadian football, and ultimately playing 13 years in the NFL. Later they discuss the tragedy of his son OD’ing, as well as Erik’s attempt to take his own life. As the show wraps up, Erik explains how his life has turned around since then, and Adam marvels at how their paths have crossed in life yet again.

“We refuse to be [hostages]…I am an American and I want to vote.”

We are simply asking for the right to vote. Democrats like Dean @Senfronia4Texas will fight as long as it takes to combat the exclusionary and discriminatory voter suppression attempts by Republicans. #txlege pic.twitter.com/b1WDc14ikK