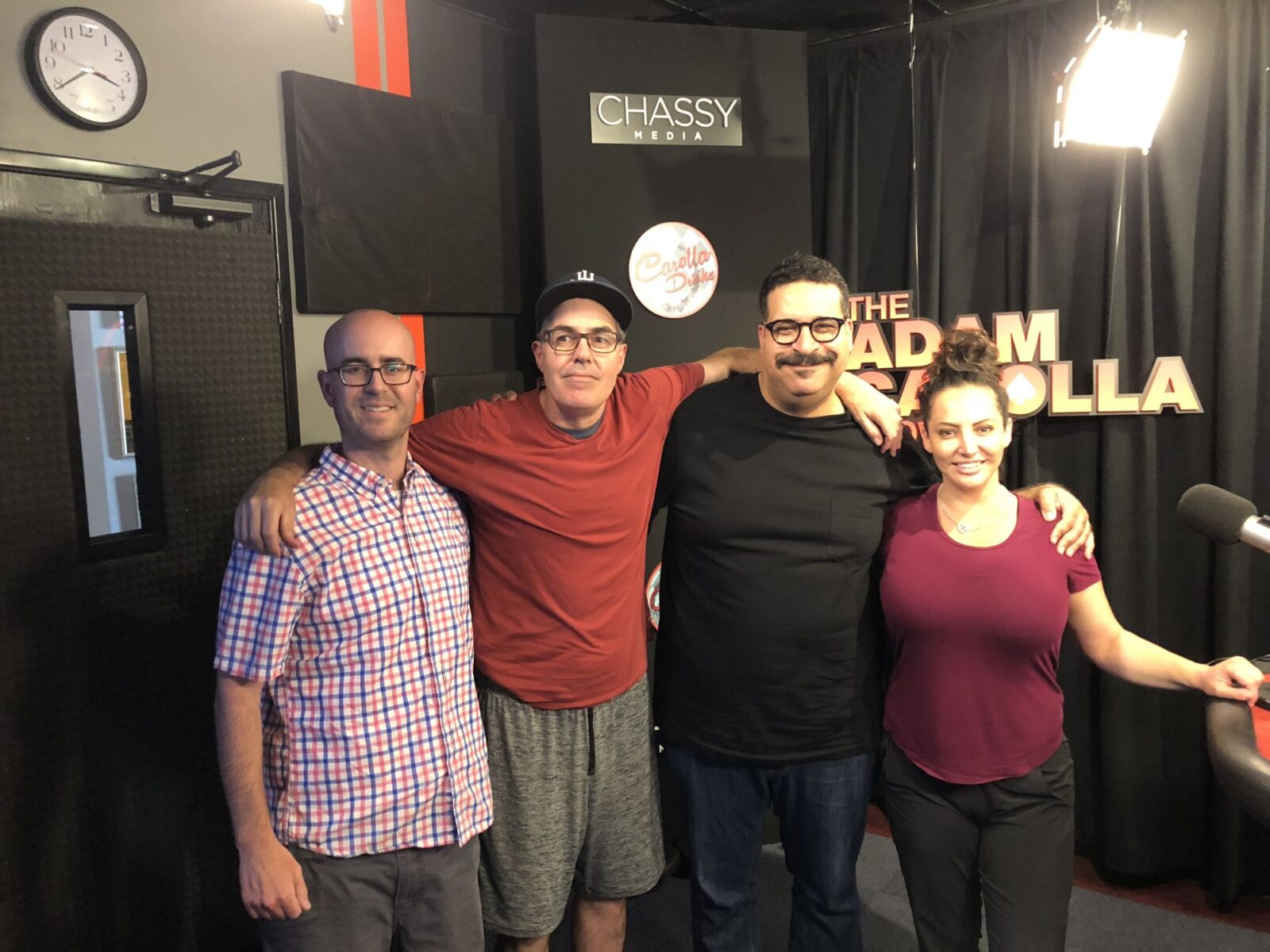 Posted at 12 Jun 2018 in Podcast by Chris Laxamana

Adam opens the show with another story from Portland about ‘preferred gender pronouns’. The guys also watch a strange cereal commercial, and Adam talks to the guys about dishwashers, and Sonny leaving a lunch behind. Later, Adam complains about a cup mishap in Portland, and the guys watch security footage of Sonny throwing a perfectly good sandwich away. Before Good Sports, the guys discuss whether a 12-year-old Adam Carolla would hang out with Sonny.

Erik Griffin is in studio next, and the guys talk about the hit show ‘I’m Dying Up Here’. Erik then talks to Adam about taping his own standup special in Portland, and comedians who change their sets to be more politically correct. Later, Gina begins the news talking about the North Korea summit. The guys also react to a news stories about Jimmy Kimmel playing 1-on-1 basketball with Ted Cruz. As the show wraps up, the guys talk about Domino’s Pizza helping to cover neighborhood potholes.

Catch Erik’s stand up special, ‘Amerikan Warrior’, now on Showtime. You can also watch episodes of ‘I’m Dying Up Here’ Sundays at 10pm on Showtime.