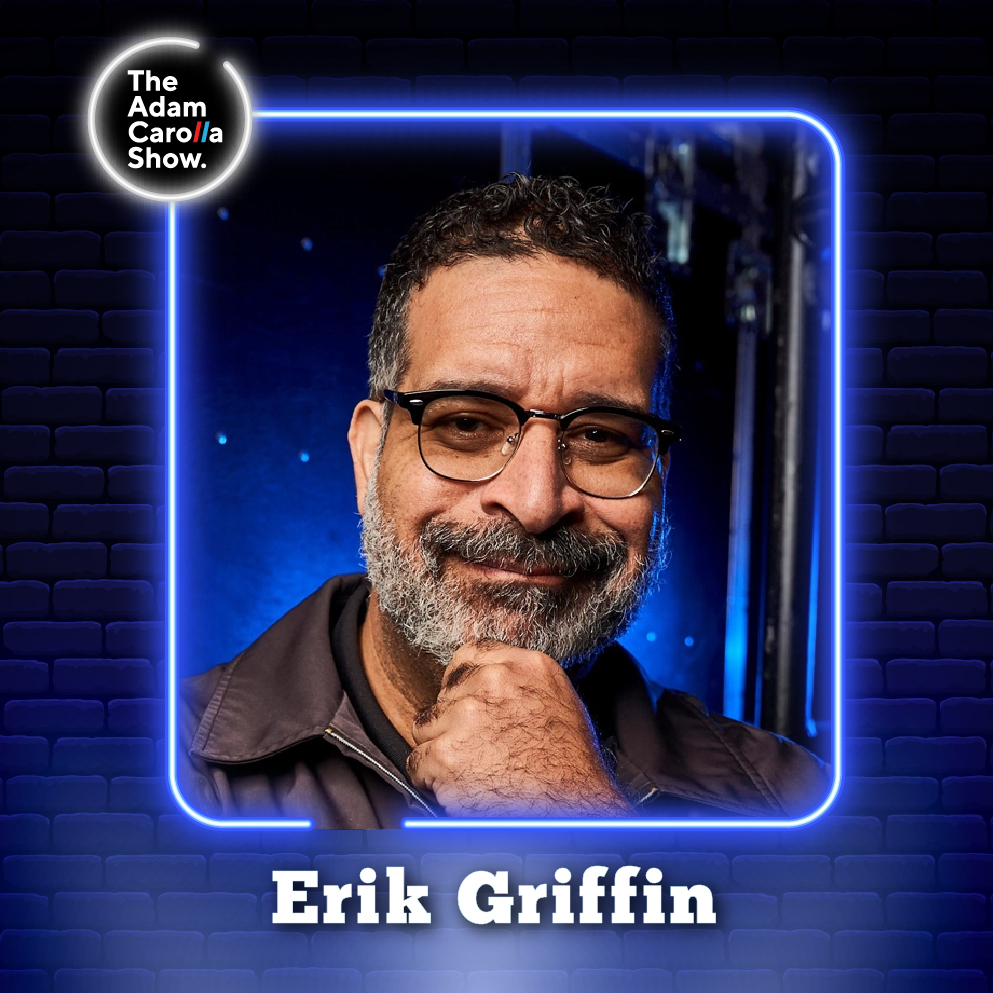 The recently opened 6th street bridge in Los Angeles has been closed for illegal activity and public safety concerns, and Adam thinks if we can’t even open a bridge, we are truly done for. They look at an LA supervisor calling people snowflakes and realize it’s the same one who dined outdoors right after the voting in favor of the outdoor dining ban. Adam talks about how he had to get a picture of Bill Burr for his son and running into John Tesh at the same show. Chris presents a round of ‘Trending Topics’ including: Aaron Rodgers arriving at Packers training camp looking like Nic Cage in ‘Con Air’, a series racist Rosita snubs at Sesame Place, and users unsubscribing from Hulu for not airing political ads.

Actor and comedian, Erik Griffin, comes in the studio and talks to the gang about how Olympic fencing should be far more exciting than it is, so they discuss ways to improve it. Erik talks about his recent wedding to a model and how he ‘swung up’. Adam and Erik talk about getting their starts in comedy, the differences between standup and improv, the Groundlings, Christopher Darga, and if ‘Seinfeld’ could be made today. Gina Grad reports the news of today including: the death of Tony Dow, a scathing obituary of an ex-NYPD cop that trashed him as ‘abusive alcoholic’, Russia dropping out of the International Space Station, and the lottery going up to over $1 billion.

Where it all started of course pic.twitter.com/y13QCtJ9bP

So apparently the Sesame Place has a history of ignoring black kids… Here’s a thread of the proof. pic.twitter.com/jblam47HHn

Me & Rosita running the fade of you do my baby like this… pic.twitter.com/EXITzYHUyh