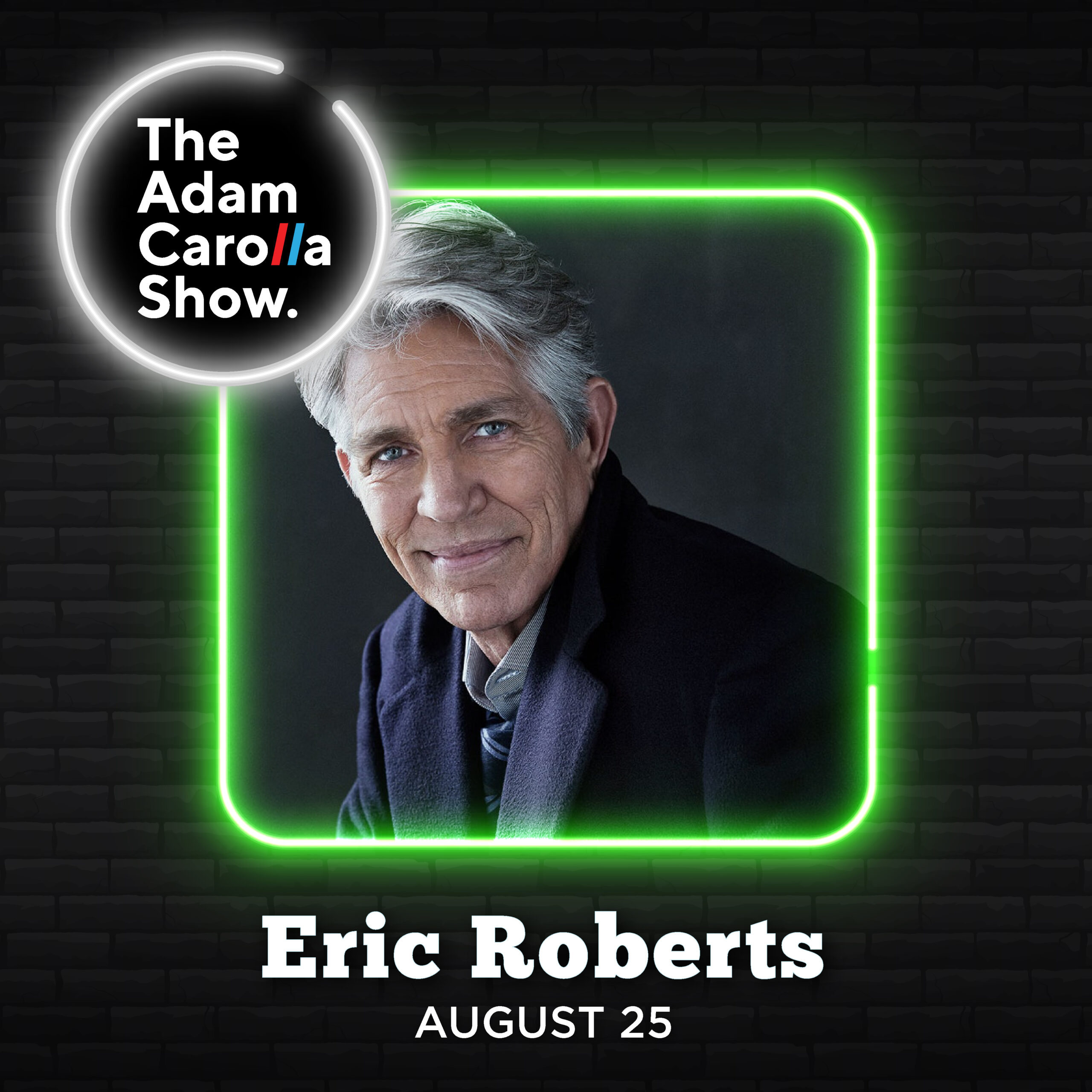 At the top of the show, Adam shares a story about a ‘racist’ boulder, and rants about gravel being moved all over the Los Angeles freeways, and people who drive with a foot out the window. Adam also complains about the comedy of Cheech and Chong, and the guys listen back on one of their old ‘bits’. From there, Chris enters the studio with some Trending Topics, and the half wraps up with talk about Indian food, ‘Green Flag’ movies, the Milk Crate Challenge, and a study that ranks foods by the amount of time you’ll gain or lose in your life after eating a serving.

Eric Roberts sits down in studio at the top of Part 2. Adam asks him about his new podcast project, ‘Killer’s Vault’, which revolves around letters exchanged with serial killers. Of course Adam asks Eric about his experiences filming The Specialist, and the guys go on to chat about the successes of his daughter Emma, Eric’s upbringing, his friendship with James Wood, and the experience of being nominated for an Oscar.  In the last part of the show, Gina reads news stories about the death of Rolling Stone’s drummer Charlie Watts, updates on Afghanistan, Schwarzenegger’s view on anti-maskers, the arrest of Proud Boys leader Enrique Tarrio, surprise to-go food bags at restaurants, and auctioning off a signed Macintosh manual.

Listen to ‘Killers Vault’, available on Apple Podcasts and Spotify. For more on today’s guest, follow on Twitter @EricRoberts.

Download the Sleeper app on the App Store, Google Play, or on your desktop go.slpr.link/Carolla

A man by the name of White Mike has set a new world record, being the 1st person to complete the Milk Crate Challenge while rolling a blunt pic.twitter.com/V4RdzAWRhd