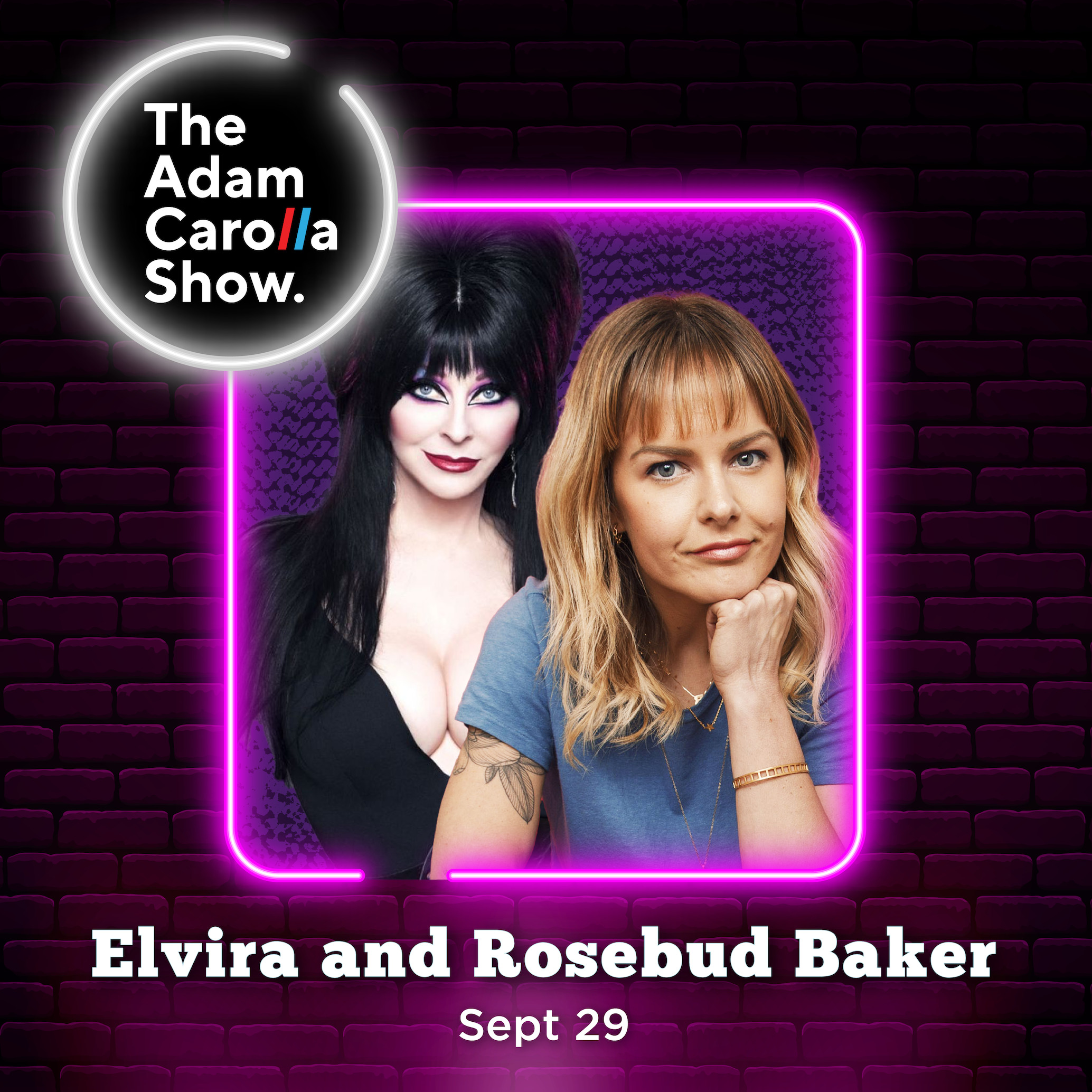 Teressa Strasser is once again filling in for Gina Grad on today’s pod. The guys open the show talking about stripper rules, dealing with a drunk partner, and more details from Gina’s wedding. Adam then goes on to discuss why Gina is a much better step-parent than what he grew up with, and he tells Teresa about the time he bought his dad a $3,000 trumpet. Later, Adam explains how he changed his schedule to watch Natalia play volleyball, and the guys take a call from Cassandra Peterson to talk about the origins of Elvira. She also talks about her time as a Groundling, going from radio to television, and ultimately becoming a sex symbol and icon. Before the break, Cassandra talks about the impact Elvis had her on, her thoughts on Phil Hartman, and being in a relationship with a woman for the last 19 years.

Adam welcomes comedian Rosebud Baker to the podcast, and they talk about filming her debut comedy special. They also joke about why nurses get too much appreciation, whether or not Rosebud wants kids, and the origins of her name. Later they discuss the Roast of Alec Baldwin, and Teresa reads news stories about R. Kelly, ‘hospital rage’, Skittles, David Letterman, and a woman who called in two bomb threats to spend more time with her boyfriend. As the show wraps up, the gang comments on a couple more news stories about Will and Jada Pinkett Smith’s relationship, and what are expected to be the most popular Halloween costumes this year.

Get your copy of ‘Yours Cruelly, Elvira: Memoirs of the Mistress of the Dark’, available now. You can also visit http://elvira.com, and follow her on Twitter & Instagram @TheRealElvira.

Mustache Power – The year was 1982. LSU was ranked 6th in the country. They had just accepted the Orange Bowl bid. We beat them in their backyard in front of 87,000 of their fans in Tiger Stadium. @Tulane #tulane #collegefootball #tulaneuniversity #throwbackthursday pic.twitter.com/v2QeYVjp19

Fauci was asked in 2019 about wearing masks to prevent infectious disease. He chuckled and told people to eat healthy, don’t drink and smoke, get exercise, and get good sleep. His tune sure has changed in 2 years

“You avoid all the paranoid aspects and do something positive” pic.twitter.com/u5Ig3ONeWc

“My first name is Kevin with a K, and my last name is Durant with a D”