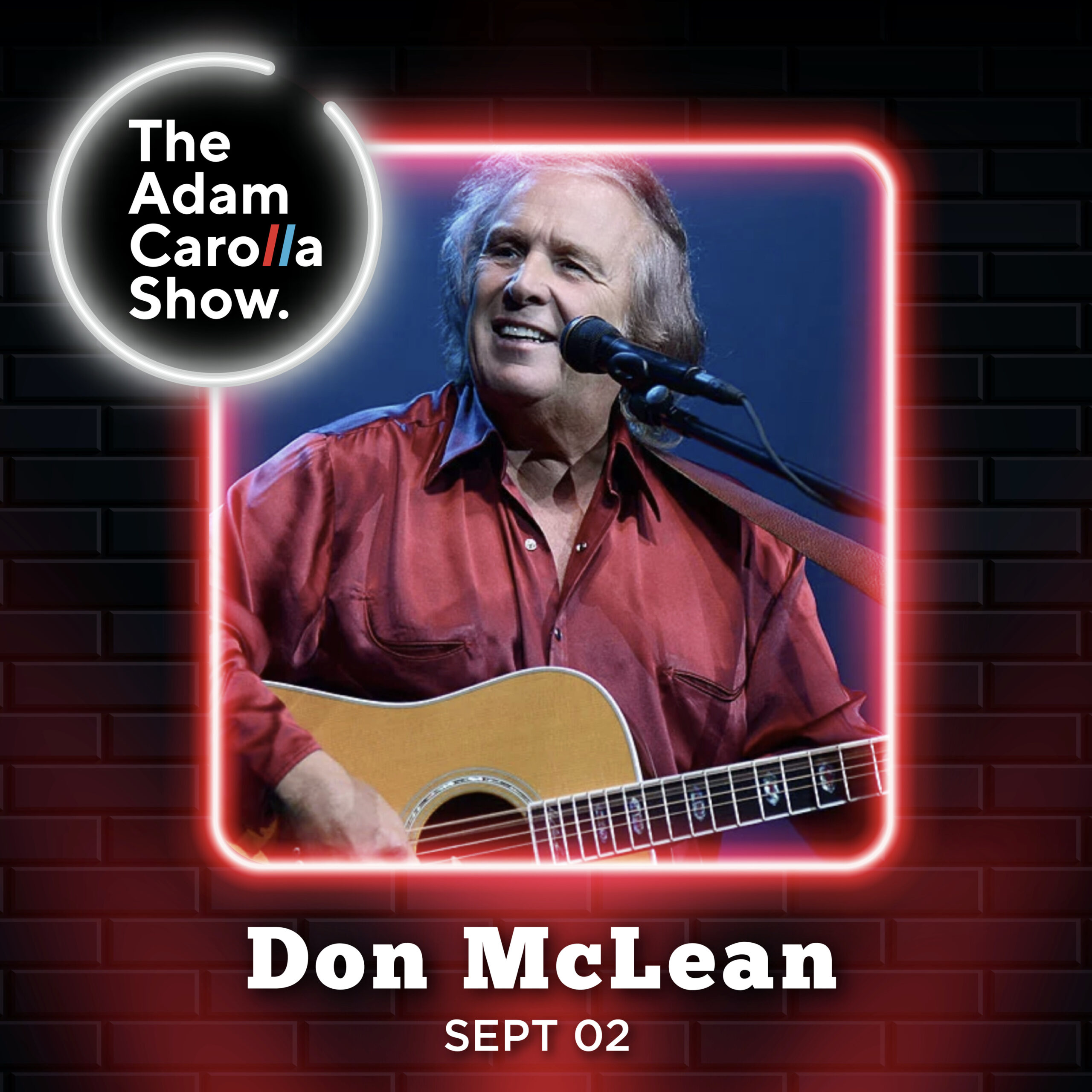 At the top of the show, Adam talks to Bryan and Gina about confusion with Mike August regarding Gina’s upcoming wedding. Adam then shares something he learned about soap and scrubbing from a Netflix show called ‘Explained’. From there, the guys talk about the passing of Ed Asner, along with his 9/11 conspiracies that he discussed with Adam on the podcast many years ago. Later, Adam talks about Sonny getting pulled out of school because someone in his class got COVID. Before the break, they discuss Madonna’s cover of the classic song ‘American Pie’, and they chat about Bill Maher’s recent change of heart on wokeness.

Adam is pleased to welcome Don McLean to the podcast at the top of Part 2. Adam asks Don for his thoughts on the Madonna cover of ‘American Pie’, and they go on to talk about Don’s songwriting process. They also chat about interesting album covers, how ‘American Pie’ finally came together, and planning a world tour for next year. Later, Gina reads news stories about Texas’ new anti-abortion law, Rose McGowan’s beef with Oprah, Mike Richards out as Jeopardy’s executive producer, and a new Amy Winehouse biopic in the works. As the show wraps up, the guys comment on a couple more stories about llamas possibly holding the cure to COVID, and Bud Light’s fall flavored hard seltzers.