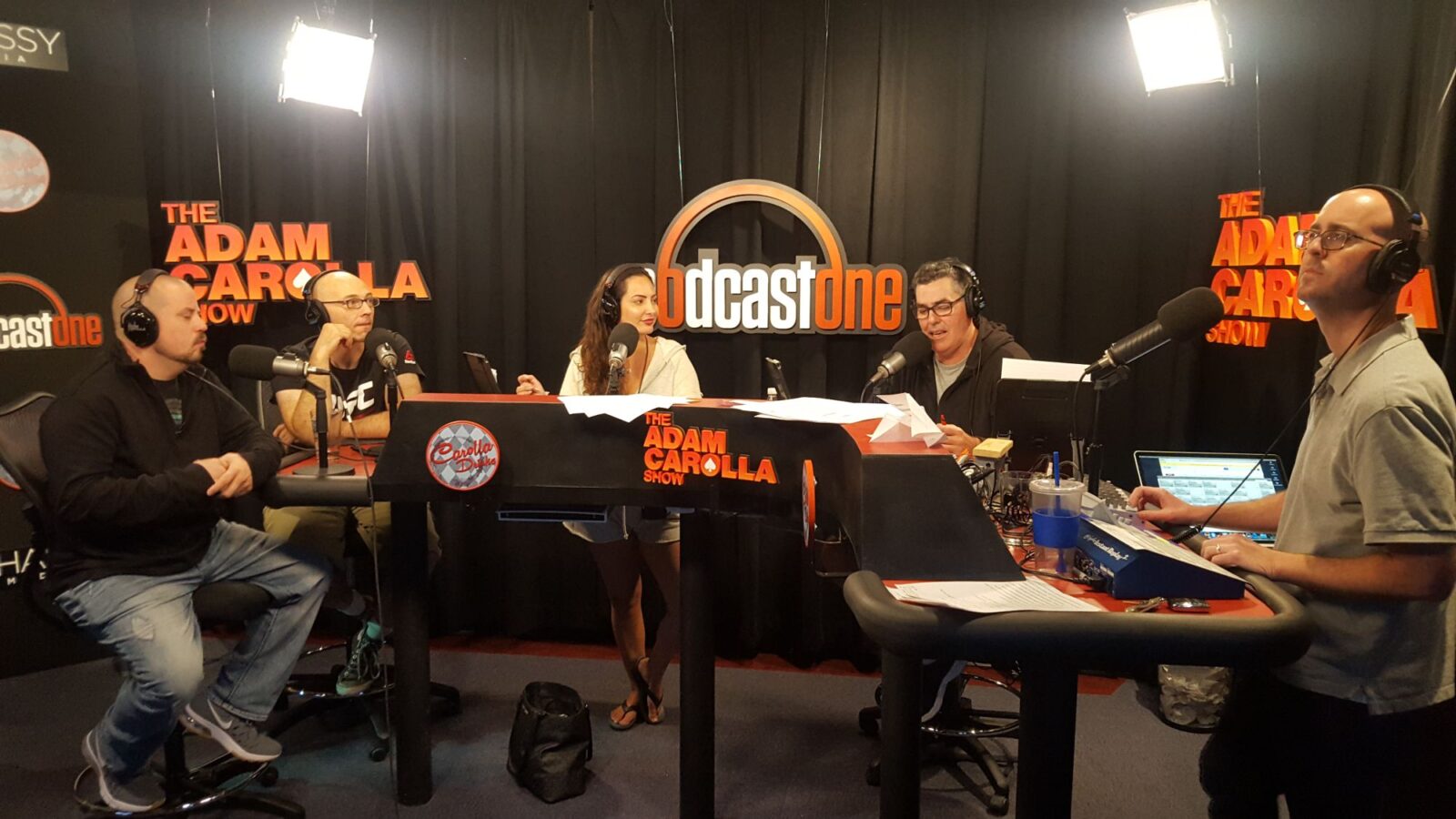 Posted at 06 Dec 2017 in Podcast by Chris Laxamana

As the show opens up, the guys talk about how Adam never gets sick, despite everyone around him falling ill. The group then chats about confusing conversations with Ray and Nate, and Adam’s problem with the ‘skull guy’. Adam then takes fan phone calls about Patrice O’Neal’s system of ranking women, and freeways on fire in Los Angeles. Before the break, Chet Waterhouse brings this week’s Sports Report, and Adam and Shek check in with today’s ‘Good Sports’.

David Smalley and Ian Harris are in studio next, and the guys talk about the state of the country, and the ‘oppression Olympics’ we seem to be dealing with. They also discuss political lines blurring, and people assuming you speak for any one party. Later, Gina begins the news announcing the Time Person of the Year. Other stories include an evangelical preacher who told kids Santa is not real, and the Russians essentially being banned from the upcoming Winter Olympics. As the show wraps up, the group talks about inappropriate WiFi Network names.

For more info on today’s guests, check out http://dogmadebate.com, and follow the guys on Twitter @Comedicore and @DavidCSmalley.