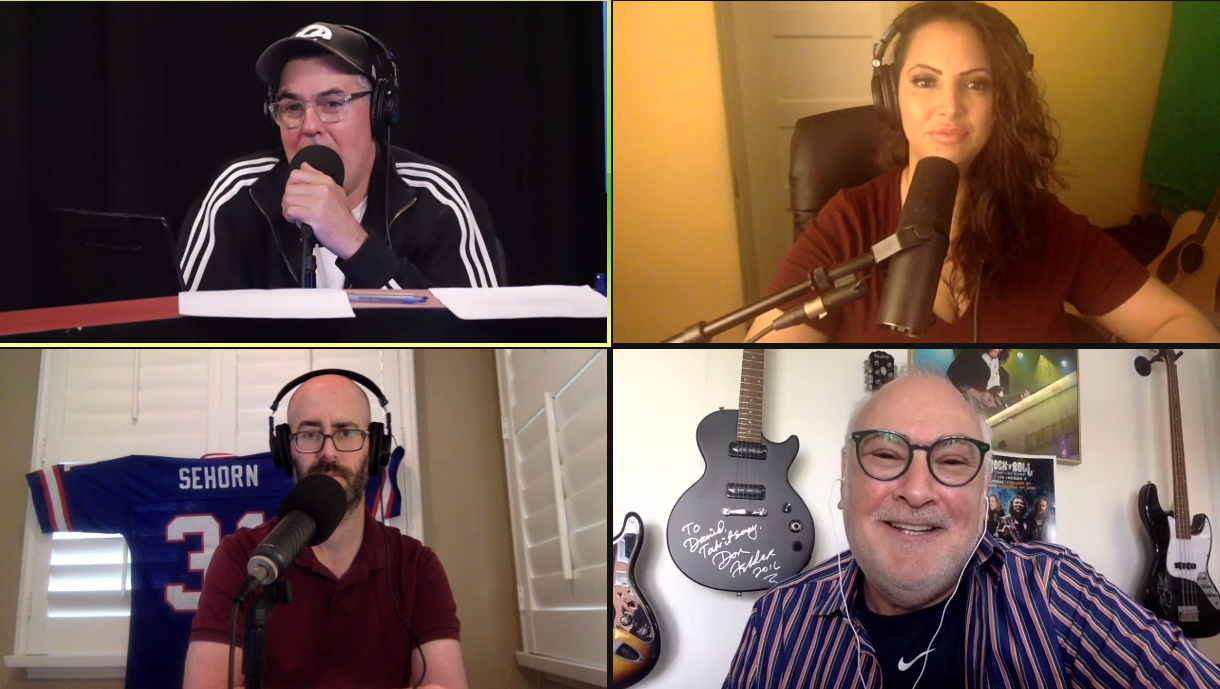 At the top of the show, Adam, Bryan and Gina discuss the ‘black box’ results from Tiger Wood’s SUV. They also chat about the value of Tiger’s wrecked car, corporations that need to ‘un-woke’ themselves, and the problems with having to fill diversity mandates. Later, Chris Laxamana joins the studio with some Trending Topics, including the Sports Illustrated Swimsuit edition, National Beer Day, and Mike August’s speed reading abilities. Before the break, Adam takes a call from Myles to give an update on the squatter that’s been living at his property in Riverside, and to discuss his career as a car auctioneer.

Adam welcomes David Fishof to the podcast, and the guys begin the conversation talking about his Rock ‘N Roll Fantasy Camp, as well as the new documentary all about it. Adam also asks him about his past career as a sports agent, and they circle back to discuss some of the legendary musicians David has worked with over the years. Later, David talks about celebs that have told him to ‘F off’, how to build the perfect band, and other musicians he’d love to participate. In the last part of the show, Gina reads news stories about Vaccine Passports, the latest with Matt Gates, Seattle Public Schools dealing with homeless encampments as kids are set to return to school, Netflix’s deal with the ‘Knives Out’ filmmakers, and Jeff Bezos once again being named the world’s richest man.

Watch ‘Rock Camp: The Movie’ available now on iTunes, Amazon Prime, Google Play, and more. You can also get more info on the film at http://rockcamp.com and on Twitter @rockfantasycamp.